Delta defends its way to own tourney title 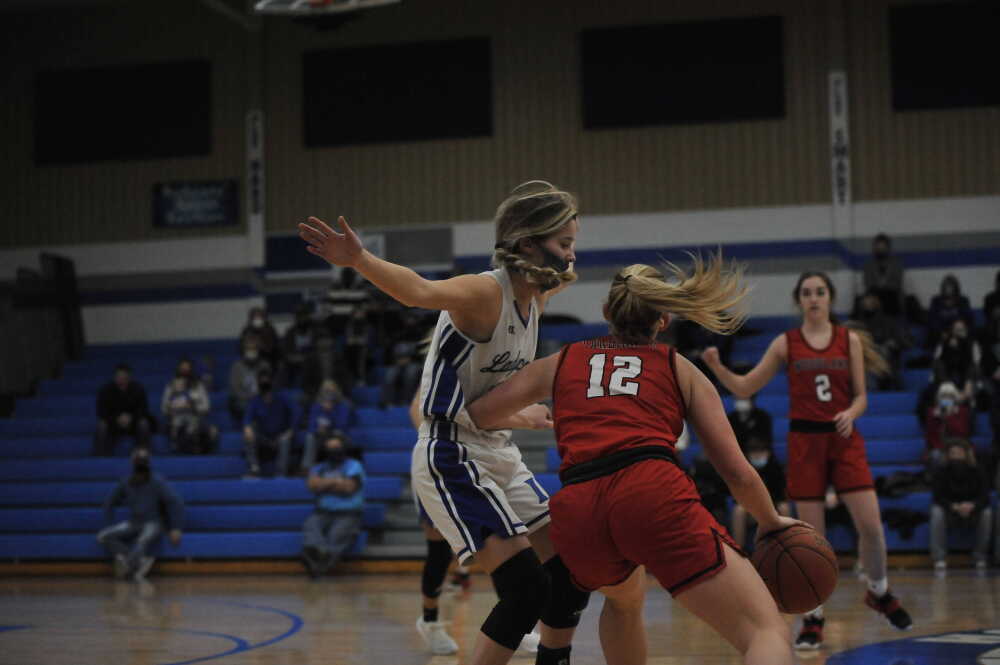 It took mere seconds into its opening possession before the Woodland girlĺs basketball team felt the repercussions of playing Delta, as the two teams battled in the championship game of the New Yearĺs Tournament hosted by the Bobcats on Thursday.

The Cardinals won the opening tip but nothing after that, as Delta pressured the visitors defensively for 32 minutes and easily prevailed 78-54.

ôThe first half,ö Bobcat coach David Heeb said of his teamĺs defense after the win, ôI was (satisfied) a little bit. The second half, not a lot.ö

Less than 10 seconds into the game, Woodland threw the ball out of bounds against the crazed Bobcat defense, and before the Cardinals knew it, they were down 8-0.

ôIt is a good way to get the offense flustered,ö Bobcat junior guard Ashley White said of her teamĺs defensive philosophy. ôWhenever we get them flustered, it gets us going.ö

The Bobcats (11-1) stretched their margin to 20-6 to close the opening quarter before Woodland (5-6) gathered itself and began to handle the pressure.

The Cardinals were outscored 28-20 in the second quarter and 17-12 in the third, which sounds like large margins, but anytime a team can hang within single digits of THIS Delta squad over eight minutes, that ainĺt half bad.

When the Cardinals were able to get the ball into their offensive zone and actually run some offense, they did manage to produce some points.

Woodland matched Delta with 17 attempts from the free-throw line but that Delta pressure enabled the Bobcats to have 11 more made shots due to turnovers forced.

The Cardinals managed to score 48 points over the final three periods, which was only 11 fewer than Delta, and donĺt think Heeb didnĺt notice that. However, a pair of Bobcat freshmen were too active offensively for Woodland to make a serious threat.

Nine Delta players managed to score, as Heeb continually rotated players into the game. That strategy is beneficial, according to White. She explained that it enables the players to go as hard as possible for short amounts because they know they will get subbed for regularly.

ôIn practice,ö White said, ôwe play the same way (fast), so we are constantly running day in and day out.ö

White plays at the top of the Bobcat defense, so the pressure begins with her, but she also contributed 10 points offensively, as did junior Kendall Holweg.

White buried a pair of 3-pointers, while Nichols sank four.

The Cardinals got nine points each from Chloe Goodwin and Addie Johnson.

The Bobcats will host Scott City Tuesday at 6:30 p.m. but on the horizon is an intriguing match-up with MSHSAA Class 4 No. 2-ranked New Madrid County Central (9-2) on the 18th of this month.

The Eagles are coached by Heebĺs younger brother, Toby Heeb.

ôWe play to our own standard,ö Heeb said of his expectations for his team. ôThat standard is really high and it is impossible to play to that standard all of the time. When you donĺt, youĺre frustrated. What we have to learn to do is not be frustrated when things are not going as good as you want them to go.ö

Delta doesnĺt have a senior on its roster, so every game ľ even blowout wins ľ are opportunities for the Bobcats to grow.

The Bobcats placed four players on the All-Tournament squad.

White and Kendall Holweg were joined by Lacey Blattel and Allie Hampton.