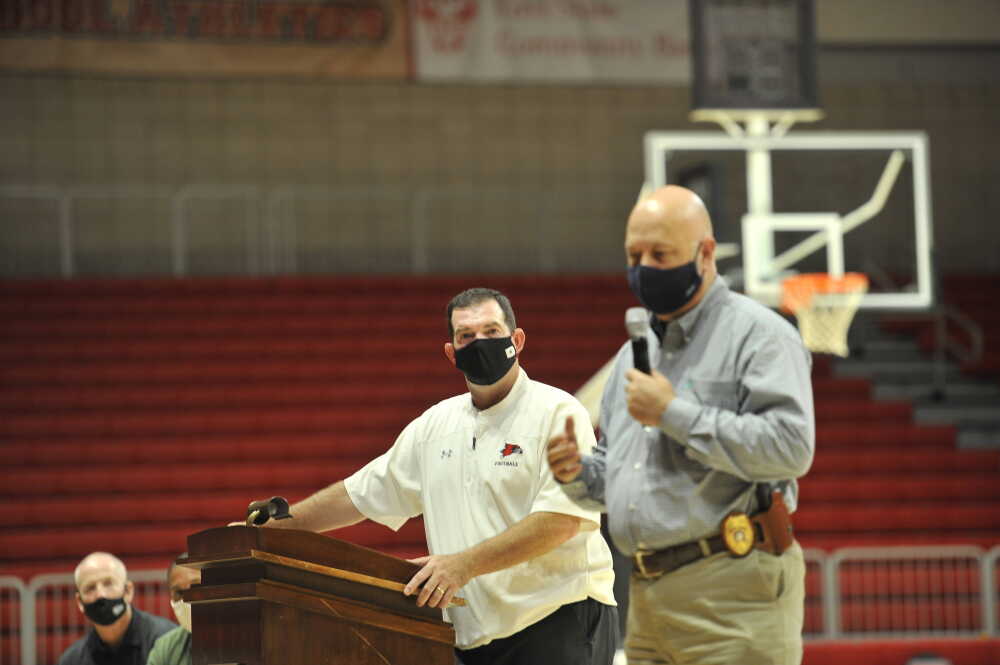 When seventh-year Southeast Missouri State football coach Tom Matukewicz addressed his team at a gathering this fall, he made clear what the purpose of the Redhawk program was.

“It goes back to what is the purpose of SEMO football,” Matukewicz told his student-athletes, “It is to use the sport to make better men.”

Now make no mistake, like every college coach, Matukewicz is first and foremost responsible for winning games (i.e. raising revenue). The truth is, sadly as it may be, a coach can have the most exemplary program and student-athletes but if he/she is not winning on game days they’ll eventually be let go. However, Matukewicz sees his purpose as multi-fold and he has always exhibited that.

The most recent example was the Redhawk football team assisting the community organization, One City, in raising funds for a scholarship for minority candidates to attend a law enforcement academy and ultimately serve with the Cape Girardeau Police Department.

The Minority Police Academy Scholarship Fund was created and the Redhawk football program conducted a car wash this fall, which raised over $13,000 for the fund.

“Diversity is a big issue with police departments,” Wes Blair, Police Chief for the City of Cape Girardeau, said this fall. “In total transparency, I have one black officer out of 85 police officers in my department.”

Blair explained that there are several reasons for that number – not excuses – but reasons, one of which is the prohibitive cost of attending the police academy.

“We do not have the resources to hire somebody and have them go through the police academy,” Blair said. “The police academy here is about $6,000. That eliminates some of the disadvantaged or minority populations.”

The next step following the fundraising was to find a candidate to award the scholarship to. That task was completed this week when Malden resident, Nason Lane, was awarded the inaugural Southeast Missouri Football Law Enforcement Academy Scholarship.

"I am very appreciative of this scholarship and want to thank Coach Matukewicz and the football program," Lane said in a release. "I always wanted this career, even more now with everything going on in today's world." 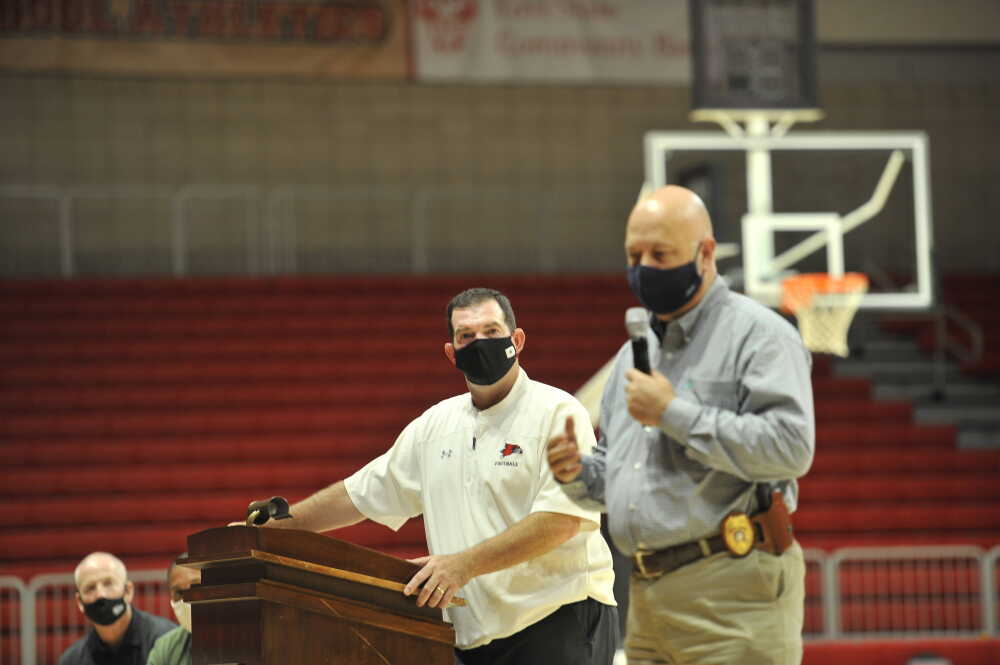 SEMO football to team up with Cape Police for benefit
Tom Davis
There has been no shortage of stories reported through the years on interactions between collegiate athletic programs and law enforcement, however, the majority of those instances have been told in a negative light.

Lane will receive a need-based scholarship amount up to $6,500.

He will soon enroll in the SEMO Law Enforcement Academy.

At 28 years old, Lane is married with five-year-old twin boys.

Lane had put his dream of working in law enforcement on hold so he could maintain a full-time job and allow his wife, Jessica, to attend college as a full-time student.

"I plan to drive back and forth from Cape Girardeau to ensure my family is settled while assisting with any calls from the Malden Fire Department," Lane said. "I have wanted to be a police officer ever since I was in kindergarten and have decided to pursue this opportunity so I can inspire someone and make a positive impact on someone's life."

Lane's scholarship will go into effect next month.

If interested in contributing to the fund for future academy candidates, contact Blackman at (573) 651-2110 or by email at bblackman@semo.edu.