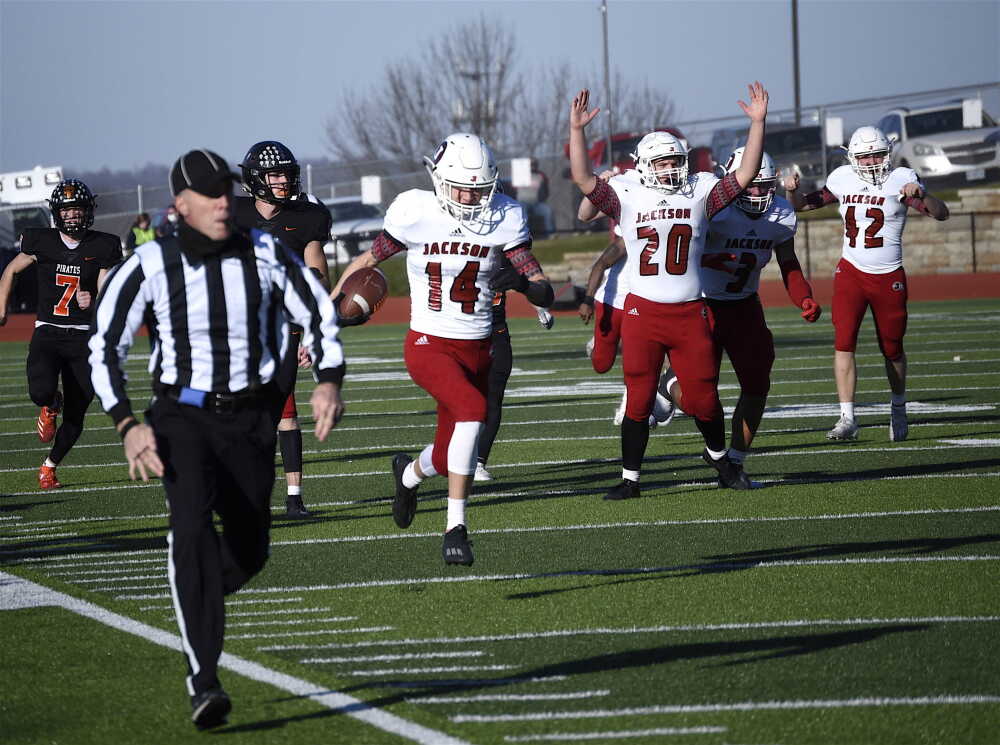 There were great plays made by an abundance of Jackson athletes and here are five moments in the resounding win that stood out.

In the Indians’ semifinal victory over Fort Zumwalt North a week earlier, senior running back Daniel Dickerson broke free on his team’s second offensive play for a 42-yard score.

Against Platte County, he did the same only this touchdown was from 75 yards out.

“Because of all of the different movements that they do, we got hit on the second (play) and they scored.” 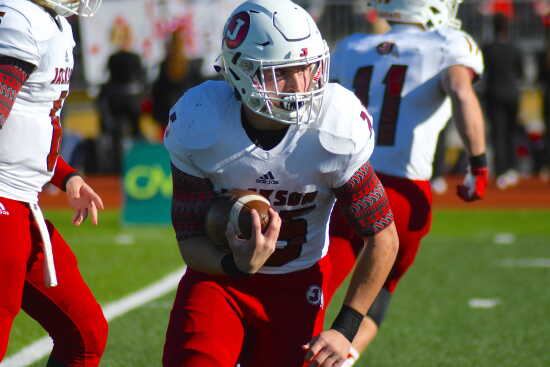 Platte County was still in the game as the first quarter came to a close and they trailed just 7-0. The Pirates had stopped the Indians, who had advanced to the Platte County two-yard line, and now they were in the midst of a 15-play drive.

“Once we started playing a little bit,” Utz said, “and felt the tempo of the game, the speed of the game, we were kind of able to stay in there.”

Facing a fourth-and-five at the Indian 27-yard line, Platte County threw a short pass and Jackson senior linebacker Garner Horman swooped in for the tackle.

The Pirate receiver had gained four yards, but Horman’s effort killed the drive by not allowing Platte County to get far enough to convert and keep the drive alive.

“I thought the guys in the (defensive) box were relentless all day long,” Eckley said. “We dominated their offense.

“I thought that our defense played better than our offense.” 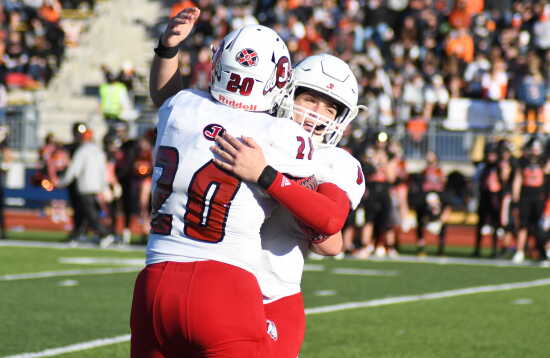 The Indians were plagued by penalties (12 were called on Jackson) and that was evident on an early second-quarter drive in which two penalties negated a score and later put the Indians in a precarious third-and-24 situation. However, third-and-long or third-and-short have little meaning to Indian senior quarterback Cael Welker, who has always possessed the ability to create plays out of dire circumstances.

Welker found junior wide receiver Kannen Turley for a 41-yard score on that play to put his team ahead 14-0. 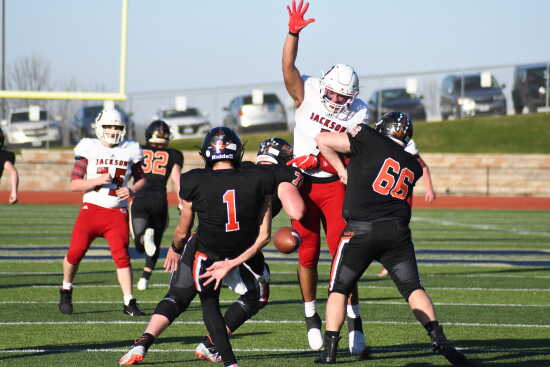 Jackson sophomore defensive end Tony Terry has emerged as a high-impact player for Eckley this season and made his presence felt on special teams (five punt blocks) with regularity.

Late in the second quarter with his team leading 21-0, Terry and senior linebacker Bryce Norman pressured Platte County’s quarterback to the sidelines, where he tried to hurriedly make a throw to evade the sack. However, as Norman and Terry were swarming the thrower, Terry was able to haul in the pass attempt and make the interception.

“Credit to (Jackson’s) defense,” Utz said, “they were able to make enough plays to keep us from making pressure on them.” 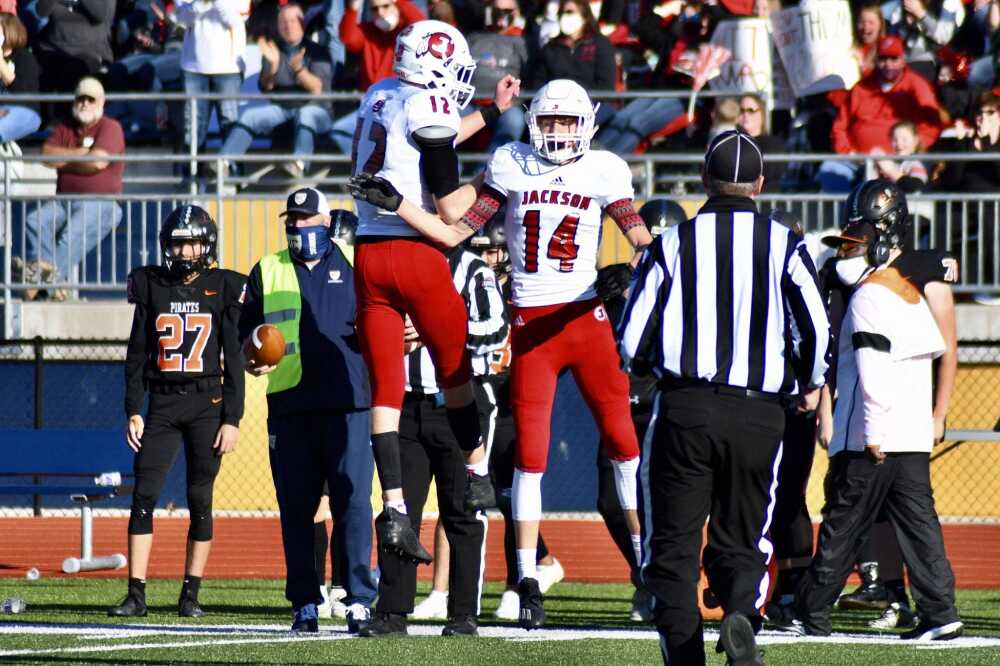 Jackson football shows greatness in state championship rout
Tom Davis
JEFFERSON CITY -- When Brent Eckley took over as the coach of the Jackson football program in 2012, his hiring made an immediate impact on the Indians' offense, which made a quick impression on the victories achieved.

‘Nail in the coffin’

Platte County trailed 21-0 but it was able to get a defensive stop of the Jackson offense to open the second half. However, the Indian defense answered with a forced Pirate punt of their own and that play ended any hopes the Platte County faithful had of a comeback.

The Pirate punter booted the ball and junior safety Flint Guilliams hauled in the kick, got past several Pirates in pursuit by moving to his right, and found open space.

He tore off toward the Jackson sideline and outran everyone and scored from 64 yards out to put the Indians up 28-0.

“In the end, it’s a team win. Another critical part of the game was (punt returner) Flint Guilliams getting a punt return for a touchdown. That pretty much was the last nail in the coffin for them.”