KENNETT - Four former teams and one former standout athlete of the Kennett School were added to the Kennett Athletics Hall of Fame last week.

“We had three teams that claimed state titles who were automatic selections - the 1926 Kennett Track Team and 2014 and 2015 Kennett Softball Teams,” Kennett athletic director Jim Vaughan said. “We had two other selections that were voted in by the selection committee. The 1991 Kennett High School Track Team finished second in the state and was three points shy of a state championship. There were two individual Hall of Famers on that team - Chris Whitfield and Brett Sullivan. Brett Sullivan broke a state record that year and Chris Whitfield still ranks third all-time in most gold medals in state track meet history.

“We also had one individual - Nathan Baker - who was also selected by the selection committee,” Vaughan continued. “It was a great class that went in this year. Our Hall of Fame is well-represented and I think we’ve added to it very nicely this year. It was great that we had nice representation to receive the plaques. I thought the event went great once again." 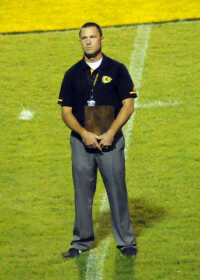 Photo by Dustin Ward, staff
Nathan Baker (pictured) was among the 2020 inductees to the Kennett Athletics Hall of Fame.
Order this photo

Baker is a 2002 graduate of Kennett who played football and baseball all four years of high school.

On the gridiron, he was the starting quarterback for three seasons. He led the region in passing yards with 1,673 and touchdown passes with 18 in 2001. He also broke school records for passing yards and touchdowns in 2001. He was selected second-team all-conference in 2000, first-team all-conference and all-region in 2001, and named a member of the Standard Democrat Football Dream Team in 2001.

Baker was the starting shortstop for four years at Lyon College. He was a part of two squads that won regional championships at the collegiate level.

Photo by Dustin Ward, staff
Members of the 2014 and 2015 Kennett softball teams (pictured) were among the 2020 inductees to the Kennett Athletics Hall of Fame.
Order this photo

Kennett and West County were scoreless heading into the third inning before Logan Vaughan hit a solo home run to put Kennett on top.

Madi Parr collected a complete game victory in the state final. She allowed only seven runs in the state playoffs in 2015.

Kennett beat North Pemiscot 10-0 in a state sectional, beat Bernie 16-1 in a state quarterfinal, edged Scott City 4-1 in a state semifinal, and defeated Crest Ridge 15-5 in the state championship.

Photo by Dustin Ward, staff
Members of the 1991 Kennett Track Team (pictured) were among the 2020 inductees to the Kennett Athletics Hall of Fame.
Order this photo

Brett Sullivan won gold medals in discus and shot put. He broke the shot put state record with a throw of 62-1. 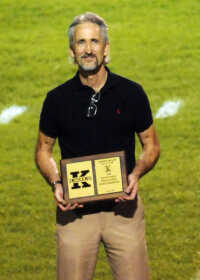 Photo by Dustin Ward, staff
The 1926 Kennett Track Team was among the 2020 inducatees to the Kennett Athletics Hall of Fame. Johnny Dalton (pictured) accepted the plauque on behalf of the team.
Order this photo