Naylor bunts its way to a win against Neelyville 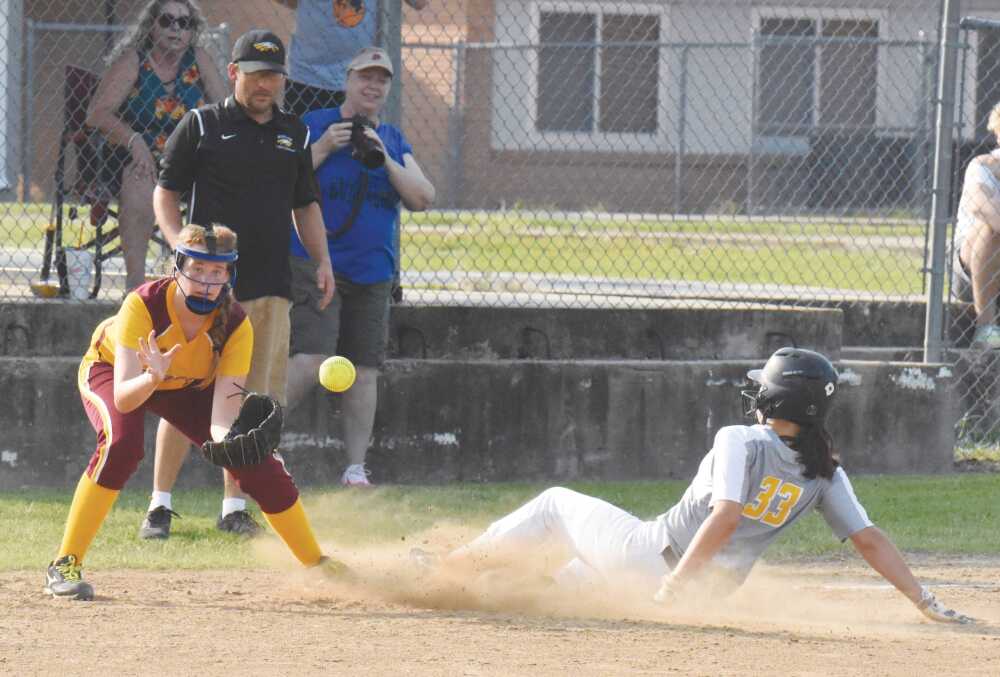 NAYLOR, Mo. — In each of the final three innings, Neelyville was one timely hit away from tying the game. Naylor kept the Tigers in that position with classic small ball.

The Eagles took an early 4-0 lead and manufactured a pair of runs in both the fourth and sixth innings to win 8-6 Thursday in Naylor.

“The tough part through three games has been scoring the run from third base. We left 10 on base yesterday (at Sikeston). We got them in today, that’s huge for us,” Naylor coach Logan Foster said.

Destiny Thomas, the Eagles’ clean-up hitter, put down sacrifice bunts to score runs in both the fourth and sixth innings, the latter of which put Naylor ahead 8-5.

“They beat us with bunts, I think,” Neelyville coach Cindy Siebert said. “I told my girls that if you don’t think bunting can win ball games, you’re crazy.” 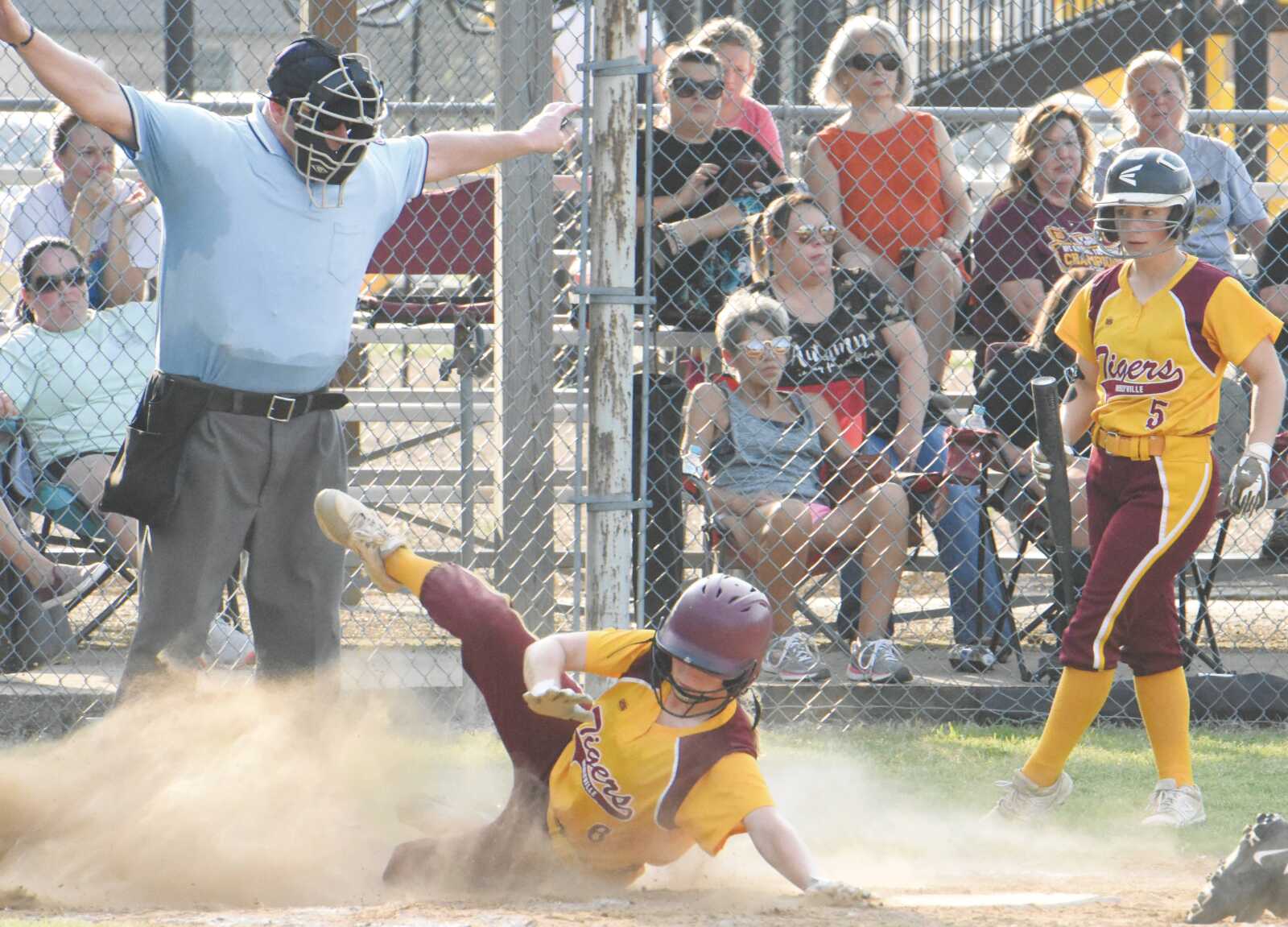 Naylor (2-1) also stole five bases, including two in the sixth to set up Thomas’ bunt.

Eagles’ leadoff hitter Lyndsea Moore scored three times and was 3 for 4 with a double. Whitney Mitchell was 3 for 4 with two runs, reached base in all four at-bats, and was stranded at third twice. McKenzie Crofford also scored twice, creating seven runs from Naylor’s first three hitters.

Naylor pitcher Alyssa Urich didn’t allow a hit through three innings. Payton Reinbott, who was 2 for 4 with two runs, broke up the no-hitter with a single to lead off the fourth.

“Alyssa did a really good job today of getting the ball down,” Foster said. “We caught it when they hit it, and that’s what we have to do, just the way we have to play.”

Leah Million hit a slow grounder with the bases loaded and nobody out, and the Naylor infield tried for home, but Reinbott beat the throw.

Naylor followed that with a double play where center fielder Shae Sarabia caught a fly ball and threw a perfect strike to home, ahead of the runner trying to score from third.

The runner turned back to third, and Naylor ended up throwing to second for a tag, leaving runners on the corners with two outs.

Makenzi Davis, who was 2 for 3 with a double, then made it a one-run game with a double to the fence in center.

After Naylor responded with two runs in the bottom of the fourth, Neelyville (1-2) put runners on first and third with nobody out in the sixth.

Lexus Hagood scored on a double steal, and after a hit batter and a single from Davis, the Tigers had the bases loaded with one out.

Naylor got a second out after Urich dove headlong for a shallow pop up in front of home plate. She missed the catch, but the Eagles picked the ball up and stepped on home for the force.

Natalie Akers again cut the lead one run after another pop up landed in the area behind the pitcher.

But with the bases still loaded, Naylor second baseman Sarah Sopko caught a line drive to get out of the inning.

One more time in the seventh, down by three, Reinbott and Hagood reached to leadoff the inning.

The Eagles got three straight outs against the middle of the lineup to keep the potential game-tying run from reaching base.

“We couldn’t get the clutch hit that we needed,” Siebert said. “We definitely didn’t play as clean (as Naylor). We had several mistakes, and I think at the end of the day, they ended up biting us.”