Prep FB Notes: Change is the new normal in 2020 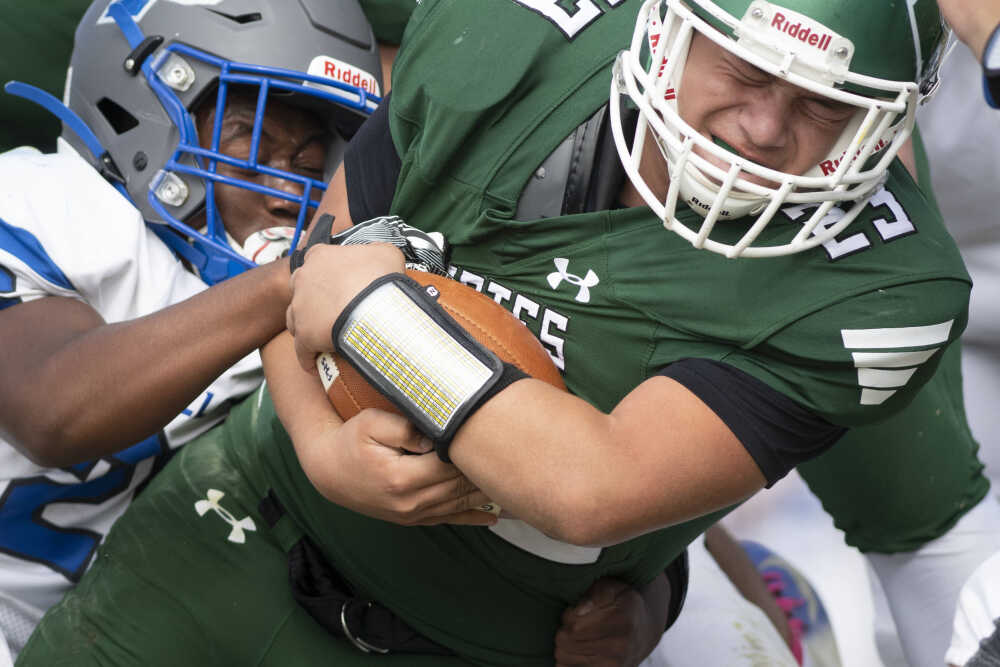 Perryville's Fernando Bojorquez (23) holds onto the ball as Portageville's Martavius Hopkins (26) attempts to bring him down during the Pirates' 48-6 victory over the Bulldogs last season in Perryville.
Southeast Missourian file
Order this photo

POPLAR BLUFF Ś The 2020 football has finally arrived and in Missouri (at least for now), Semoball.com-area programs are playing (for the most part).

The Central will once again feature Caruthersville, Dexter, Kennett and New Madrid Central with new members East Prairie and Doniphan.

The SEMO South will again feature Chaffee, Hayti, Portageville, Malden and Scott City along with Charleston and Kelly.

Doniphan rejoins the conference in its third season back at the varsity level. The Don previously played in the South and Bootheel divisions in the 1970s.

State rankings from the media will not be released until the new classifications are set by MSHSAA, which is scheduled for Sept. 18. The first rankings will be released Sept. 21 and each week throughout the season.

The Semoball Power Rankings will be released weekly once every area team has played.

Keep your pencil and and eraser handy as you plan for this season.

Multiple games that were scheduled to be played this week ended up being changed or canceled due to the COVID-19 pandemic.

Poplar Bluff was to host OÆFallon, Illinois but that state moved football to the spring and the Mules found a new opponent in Agape.

Jackson was set to play Roosevelt but the Public High League in St. Louis decided to play the ōalternate fall season.ö The Indians found a team in Indiana before dropping that game for a trip to Ft. Zumwalt West. Cape CentralÆs game at Parkway North has also been canceled, as were the East Prairie vs. Charleston game, as well as the St. Vincent at Park Hills (Central) game.

The Bluejays will now travel to St. Pius X in Festus, while East Prairie will take the week off.

Last year that would have been a problem since both teams were in the same division, but the change back to three divisions split them up.

Perryville was scheduled to host St. Clair tonight but the remnants of Hurricane Laura altered those plans.

The Pirates will now travel to St. Clair at 7 p.m.

ōThey have turf,ö Perryville coach Blane Boss said of St. Clair. ōHopefully, it will be a better situation if we get hit (with rain hard).ö

The National Weather Service is calling for showers and thunderstorms today, with a 50% chance at kickoff, temperatures in the upper 70s and a south wind gusting to 22 mph at times.