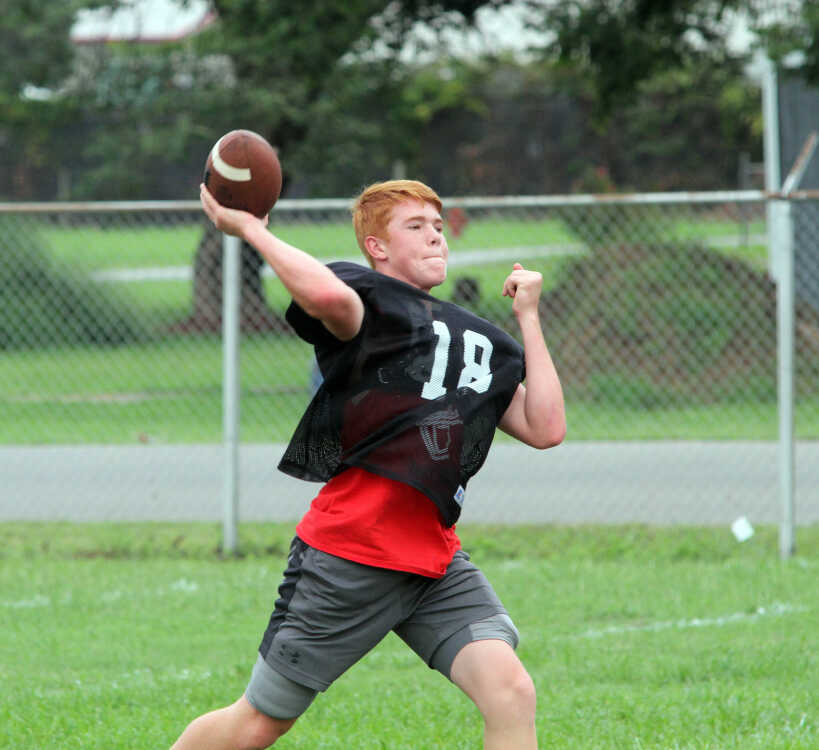 EAST PRAIRIE, Mo. — Brighter days are ahead for East Prairie in 2020.

The Eagles return skill position players all over the field from last season, as they aim for their first winning campaign since 2016.

“It’s a joy to be back around our kids again,” Head coach Chad Jamerson said. “To be around our kids and work toward a common goal, a common purpose, and just being together. The camaraderie of being a team is so important for all of our mental health. To be together outside and doing something that we love, I’m overjoyed, and I’m excited.”

A run-first team, the Eagles have a backfield filled with weapons.

Junior Hayden Ellis led the team in multiple rushing categories in 2019, finishing with 1,181 yards on 156 carries and 15 touchdowns. He rushed for nearly 118 yards per game, 7.6 yards per carry, and broke 100-plus yard games eight times.

Senior Gaige Gifford provides a boost at the position as well.

“We’ve got a bevy of running backs,” Jamerson said. “Everybody knows who Hayden Ellis is, but we got John Graham, Gaige Gifford, Ronnie Vinson, Lucas Moore, and Jase Aycock. So, we feel like we can do what we want to do on offense to a point. Of course, defenses are going to come out and try to stop us, but we feel like we have an opportunity to make a little noise and do what we do on offense. It may not be pretty, but it will be efficient, and it will be effective.”

There will be a new face at quarterback this season for the Eagles, as Aycock, a junior, transitions to wide receiver.

“Right now, Peyton Hodges, a sophomore, stepped in and played a little bit last year for us, after Jase’s injury. We think that he can fill a role. He had a great offseason, and he’s worked hard. We got a young freshman named Owen Knight, who can sling the rock around the yard. He’s going to be a good one in the future too, and then we got a junior, who’s stepped up and getting reps too, in Cooper Towe.”

Last season, Aycock passed for 109 yards on 6-of-8 passing. He did not throw for a touchdown but did throw two interceptions.

With the loss of Jack Scruggs to graduation, Jamerson hopes that Aycock can fill what they will miss in Scruggs. He acknowledged that they wanted to get Aycock’s athleticism out in the open field, which led to the change.

“We’re going to build on how we finished last year,” Jamerson said. “Last year, we felt like we finished four-or-five of our final six games; we held opponents under two scores. Credit that coaching staff and those kids effort. We’re going to continue to come out and line up right, pursue the football, and try to tackle well. I feel like if we can do those three things, we give ourselves an opportunity to play some really good defense.”

When East Prairie kickoffs on Friday night, at Charleston, it will be its 97th season. Jamerson enters his ninth season with the Eagles this year and currently has a 32-53 record.