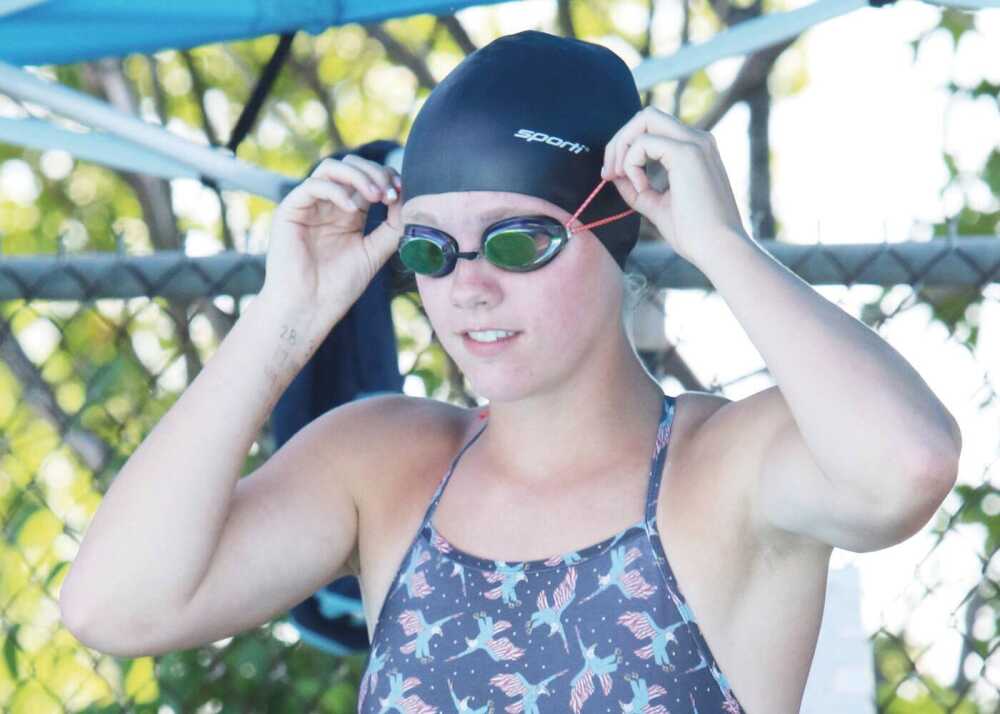 Poplar Bluff swimmers ended their abbreviated season Saturday with the final of three home meets at the R.W. Huntington Pool.

With no conference championships this year due to the COVID-19 pandemic, the Piranhas hosted the meet, dubbed the “Covid Classic.” It also featured swimmers from Perryville and Pocahontas, Arkansas, with the Piranhas winning with 588 points, 54 more than the Dolphins from Pocahontas.

Swimmers can still compete at an optional meet July 25 at Perrvyille.

Morgan Cisne won all three of her individual events, cutting half a second off her 100-meter backstroke time to 1 minute, 27.55 seconds. She also won the 100 freestyle and 100 breaststroke in the 13-14 Division.

Carson Todd won two events in the 13-14 Division, the 200-individual medley and the 50 freestyle, while placing second in the 100 backstroke.

The Poplar Bluff Swim Club was represented by Dakota Collins won four events in the 10-under division, the butterfly, back stroke, breaststroke and freestyle events. Reece Prenger placed second in the 50 freestyle and cut 3.44 seconds in her 100 breaststroke while also lowering her time in the 100 backstroke.

For the Piranhas, Carly Cisne won the 11-12 Division 50 butterfly in 54 seconds. Kennedy Shell placed second in two events and lowered her time in two more, Keira Willis placed second in all three of her events, Marley Spain cut her time in the 50 backstroke while Cameron Huck cut time in two events and placed third in the 50 breaststroke. Huck and Gracie Brown had the same time in the 100 freestyle while Brown placed fifth in the 100 breaststroke.