Fighting Squirrels pound the Orioles in doubleheader sweep; move to 21-0 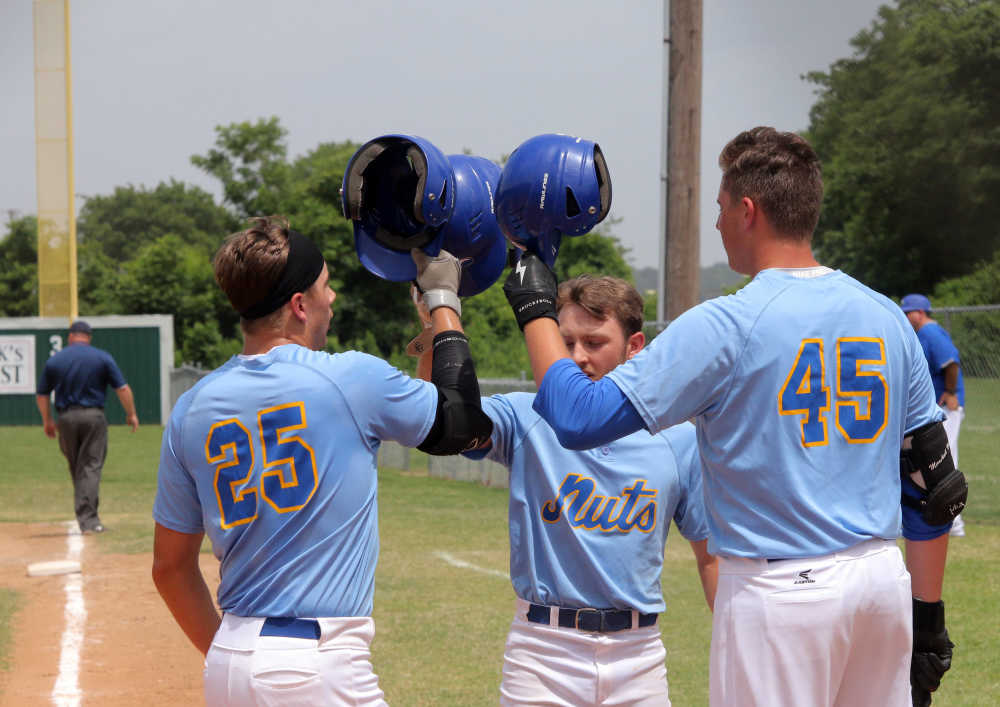 CHARLESTON, Mo. — Scoring came in droves in the Charleston Fighting Squirrels doubleheader sweep of the Mineral Area Orioles on Sunday at Hillhouse Park in Charleston, Mo.

In the first game, the Fighting Squirrels defeated the Orioles 15-6 and then turned around and won 13-1 in the second game to improve its perfect resume to 21-0.

Justin Moses and Payton Howard sparked Charleston at the top of the order, in the first game. The duo, collectively, went 5-for-9 at the plate with five RBIs and scored five runs.

Altogether, Charleston pounded 17 hits in their rout of the Orioles and did all of their damage in the opening four innings.

Moses started the game for the Fighting Squirrels on a double that split the gap.

Two batters later, after Howard advanced the leadoff man to third on a well-executed sacrifice bunt, Brayden Eftink unloaded a two-run home run to put the first runs on the board.

In the second frame, Charleston then put up a crooked number, as they scored six runs and built their lead to 8-0.

Chase Crosnoe and Gabe Hurley hit back-to-back base hits, with Crosnoe moving to third base after stealing second while Hurley was at the plate. Then, Carter Heuring grounded into a fielder’s choice to score Crosnoe from third, making it a 3-0 game.

A Dawson Crawford single put runners on first-and-second with one out, after Ajay Sager — who courtesy ran for Hurley — got tagged out trying to steal second base.

Ben Bledsoe would follow up by hitting a grounder to the Orioles' third baseman. However, the fielder got charged with an error, which allowed another run to cross the plate and make it 4-0. 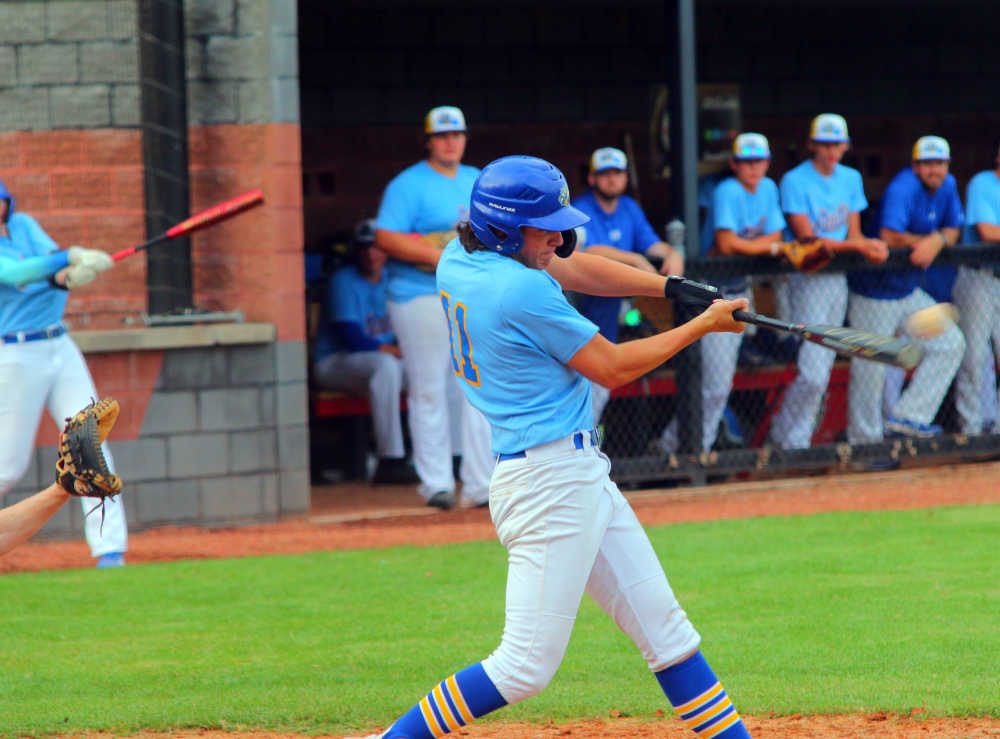 Ingredients are there for the 2020 Charleston Fighting Squirrels to be the best team yet
By Alex Wallner ~ Standard Democrat
CHARLESTON, Mo. -- Fifteen games into the 2020 summer season and the Charleston Fighting Squirrels have won every one of those games. A loaded group, this season's Charleston team can beat you in more ways than one. At the plate, on the mound, or running the bases, this team continues to show how cohesive a unit they are...

Moses then got his second hit of the game, on a single, that scored Luke Nichols — who served as a courtesy runner for Sager — while Howard showed off an excellent piece of hitting after he laced a double down the third-base line. His knock scored Bledsoe, to make it a 6-0 Charleston lead.

Marshall Brown was then hit by a pitch to load the bases and Anthony Klein’s single drove in the final two runs of the frame, to equal the 8-0 score.

Charleston yielded three runs in the top half of the third inning, as the Orioles came within five runs, at 8-3, but the home team rebounded with four more runs in the bottom half of the frame to push their lead to 12-3.

The Fighting Squirrels followed up with an additional three runs in the fourth, while the Orioles added three of their own in the top of the fifth to equal the 15-6 final.

Charleston finished the first game having six players having multiple hits. Outside of Moses and Howard, Klein went 2-for-4, while Hurley, Crawford and Bledsoe all went 2-for-3.

On the mound, Crawford started the game for Charleston. He went 4 1/3 innings, giving up five hits and one earned run while punching out three and walking two batters.

Tanner Ray and Sager came in for relief as well. Ray went 2/3 of an inning, yielding two hits, two earned runs and four walks. Sager finished the game for the Fighting Squirrels and punched out two batters while walking one.

In the second game of the two-game set, Brown didn’t need a whole lot of run support but got it anyway.

The Fighting Squirrels only needed five innings against the Orioles, as they won 13-1. Brown pitched a complete-game, as he gave up three hits and one earned run. He fanned three and walked five as well.

Not helping themselves, the Orioles finished the second game with eight errors.

Overall, Charleston finished with nine hits, led by Howard and Michael White. Howard went 2-for-3 and scored two runs, while White went a perfect 2-for-2 with three RBIs.

“That’s back-to-back days where we’ve swung the bats well,” Charleston head coach Michael Minner said. “When you swing the bats well, it takes a lot of pressure off of your pitching. We probably didn’t play as good as we should, or need to, defensively, but I thought we got clutch hit after clutch hit. We got a bunch of big, two-out hits and we hit some balls hard—a really good day for us.

“They’re a good team and I thought our pitching was really good today.”