Jackson's Crowden back on the pitch after ACL surgery 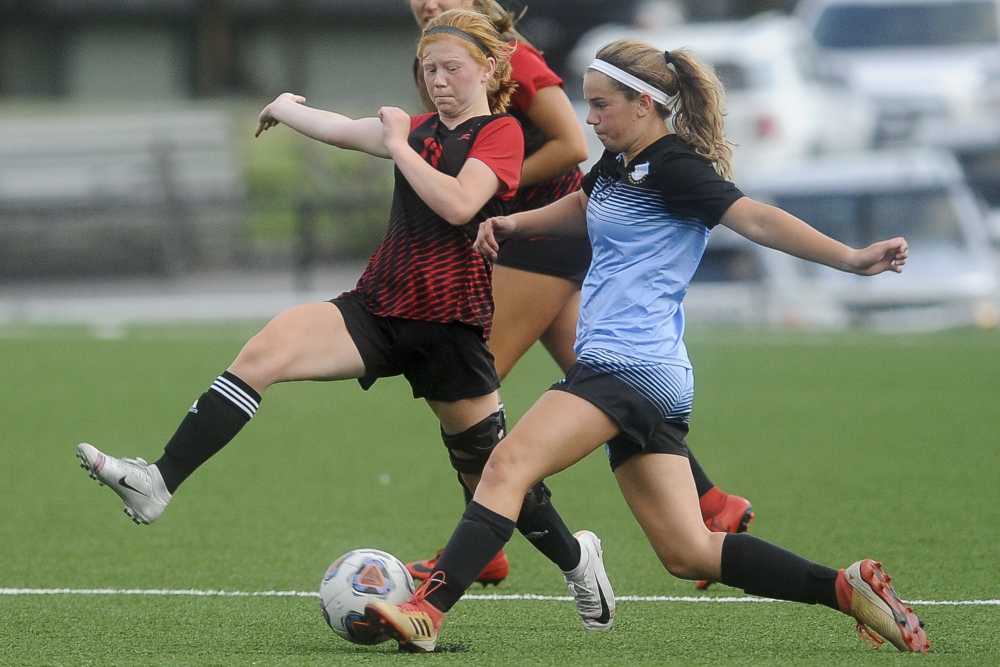 Jackson's Grace Crowden, left, competes for the ball during the SEMO Friendlies Tournament in the Indians 3-1 win over Notre Dame at Jackson Junior High on Friday.
BEN MATTHEWS
Order this photo

In the SEMO Friendlies four-team exhibition tournament played at Jackson Junior High, Crowden performed as if she'd hadn't been away at all.

She had a goal in Thursday's 8-0 win over Poplar Bluff and notched the opening score in Jackson's 3-1 win over Notre Dame on Friday.

It's been a long road back for the 17-year old defensive midfielder.

On April 30, 2019, in a home contest against Cape Girardeau Central, Crowden went down with an anterior cruciate ligament (ACL) injury. 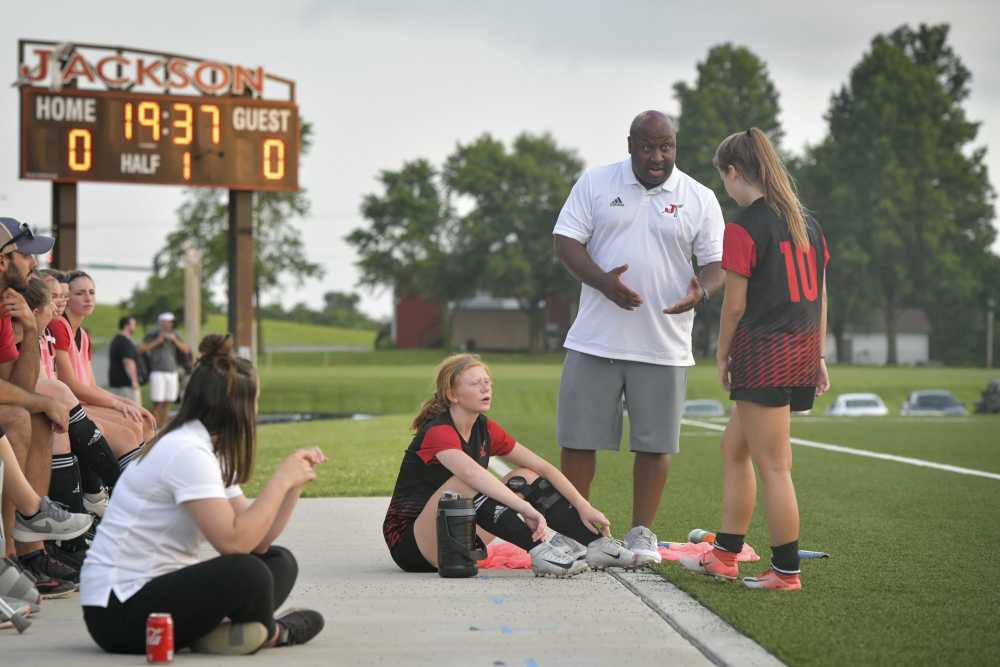 "I knew something was wrong when I tried to get back up, I couldn't," she added.

The ACL connects the thighbone to the shinbone and is said to be the ligament most commonly torn in sports such as soccer, which are full of sudden stops and changes in direction.

"(The reason for so many ACL injuries) has to do with the 'Q-angle' in women," he added.

The website Dynamic Chiropractic said a woman's knee is made with a naturally greater Q-angle between the femur and tibia.

A greater angle translates to more stress on the knee, it continued.

"I knew something was wrong right away," said Crowden, a rising Indians senior, "but the pain didn't come just then. Boy, did it come later."

Jake Klein, the Tribe's trainer, examined Grace on the sideline and immediately thought of an ACL injury.

Later, a physician confirmed it. Season over.

"It was really rough to have (the ACL tear) happen at the most important time of the year," Crowden said.

The Indians would go on, without Grace, to notch the Class 4 District 1 title.

"I missed watching the (2019) district championship game (a double overtime win against Northwest)," said Crowden, "because I had surgery that day in St. Louis."

Crowden started on the pitch in pre-kindergarten and joined a traveling team in second grade.

"Soccer is the game I love," said Crowden, a single-sport athlete at JHS.

"I've done a lot of weightlifting on my own, squats, lunges, putting stress on the knee and hamstring," she added.

"I can't run every single day on my knee but when I do, I run a mile or so," Crowden said, adding most of the time she is sprinting.

Although the cancellation of spring sports, including girls' soccer, was disappointing for her, Crowden said she believes the enforced downtime may actually have aided in her recovery.

Crowden hopes to play soccer in college if she gets a scholarship. Southeast, she said, is interested, as is a Division-2 school in Iowa she preferred not to name.

Crowden said her vocational plans are to work in the medical field, perhaps as a pediatric occupational therapist.

She is looking forward to playing one more year for Coach McMullen.

"I'd like to be half the person he is one day," Crowden said.

Note: The Crusaders' Emma Brune was unavailable to play in the shutout loss to the Bulldogs Thursday. The senior, headed to play on the pitch for the Southeast Missouri State Redhawks in 2021, returned Friday to post a hat trick (three goals) in Saxony's shutout win over the Mules.