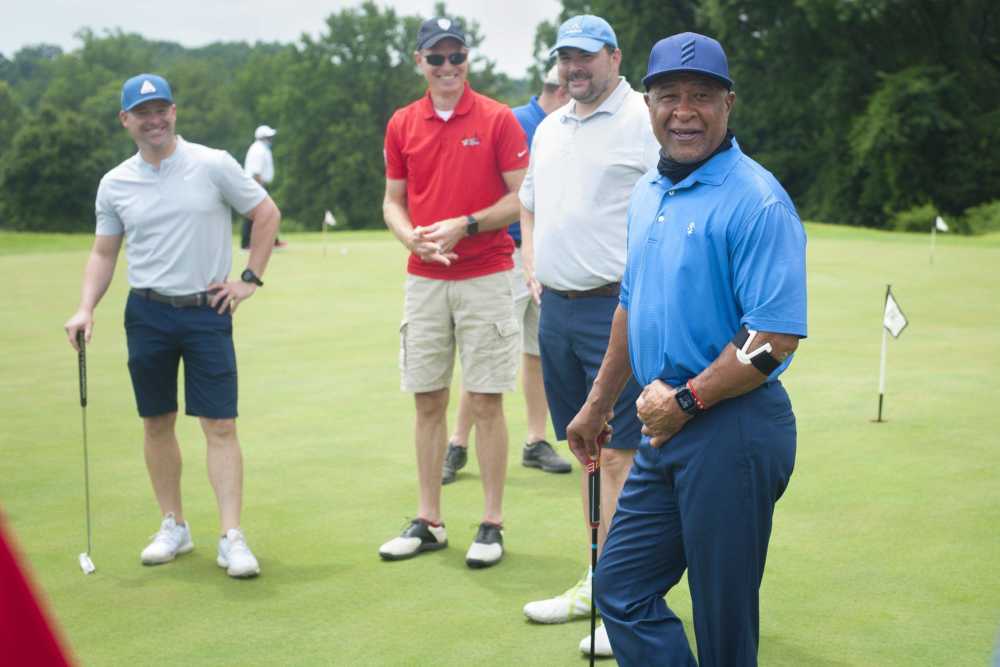 Retired St. Louis Cardinals Hall of Fame shortstop Ozzie Smith, during a 24-hour visit to Cape Girardeau late this week, demonstrated by his actions he understands that the coronavirus pandemic is not over.

Smith, 65, arrived in town Thursday for a local hotel promotion and got in a round of golf on a cloudy Friday afternoon at Cape Girardeau Country Club.

The 15-time National League All-Star wore a full-face mask and offered an elbow bump rather than a handshake when introduced to this reporter.

Declining to speak about current events, the man known to Redbird fans as “the Wizard,” offered positive memories about previous visits to Cape Girardeau and Perryville.

"The Wizard" gives high marks to the region

“(Southeast Missouri) is one of the most cordial places I visit,” said Smith, a native of southcentral Los Angeles.

“It’s very warm and welcoming (here),” he added, “and so many Cardinals fans are in the area.”

Smith was known as a defensive specialist during the early part of his career.

His first home run as a left-handed hitter, the “Go Crazy” homer, changed the perception.

It was the ninth inning in Game 5 of the National League Championship Series.

Smith hadn’t hit a roundtripper in more than 3,000 previous plate appearances from the left side of the plate.

That all changed in a critical moment on the afternoon of October 14, 1985 at Busch Stadium.

Dodgers’ hurler Tom Niedenfuer delivered a pitch and the Wizard deposited it just over the fence in right field.

Smith’s walkoff homer brought St. Louis to within a game of the ’85 World Series, which the Cards would later lose to Kansas City.

“Smith corks one into right field! Down the line! It may go! Go crazy, folks! Go crazy!”

Focusing on another challenging sport

Golf is Smith’s game now and he was eager to test the links along with Cape Girardeau mayor Bob Fox.

“I didn’t start playing (golf) until I retired,” said Smith. “Retiring from baseball left a competitive void and golf is a game you know you’ll never master.”

Smith, who says he has a four handicap today, well remembers his earliest forays in Scotland’s game, when he regularly shot over 100 over 18 holes. 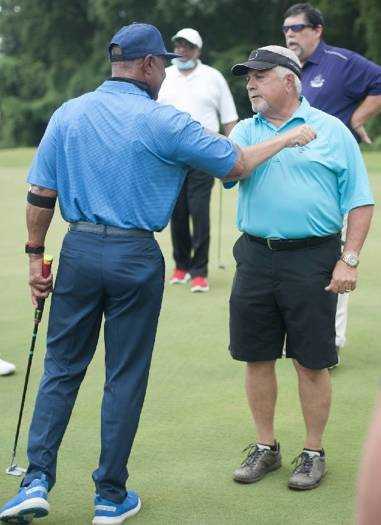 Smith said his trademark backflip, a fan favorite at Busch, had its origins growing up in California.

“I did a lot of tumbling in L.A. as a child in sawdust,” remembered Smith, “and my friends and I once happened upon side-by-side trampolines. 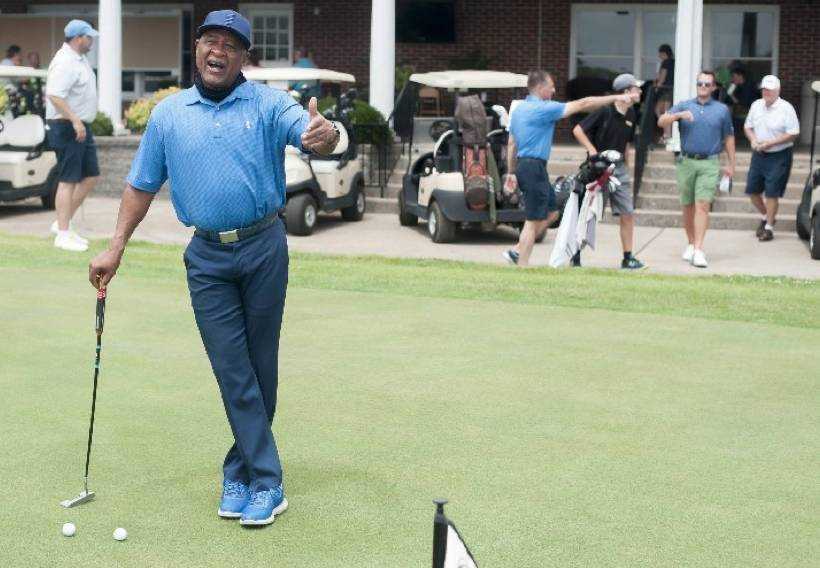 “We’d flip from one (trampoline) to the other,” added Smith, who said his first major league team, the San Diego Padres, discovered his history of acrobatic somersaults and asked him to perform one on his way to his position on Fan Appreciation Day.

Smith, who won 13 Gold Glove awards for his defensive brilliance, remembers vividly the last time he tried a backflip.

The occasion was his 2002 Hall of Fame induction in Cooperstown, New York.

“It wasn’t pretty,” recalled Ozzie, “because I pulled a calf muscle, skinned my knee and saw blood running down my leg.”

He did have advice for moms and dads who may worry about student-athletes forced to spend too much indoors because of COVID-19.

“A parent shouldn’t say (to their child), ‘You should be out there practicing,’” said Smith, the father of three.

“A parent should reinforce the desire the child already has,” he added. “A parent can’t want it more than the child.”

A genius at "smallball" likes to keep it intimate with fans

Instead, he said he enjoys smaller gatherings where he can have a more intimate back-and-forth with fans.

His Cape Girardeau visit, arranged by Courtyard by Marriott Hotel in Cape as part of its “staycation” promotion, afforded such an opportunity.

The 1982 World Series champion and winner of the 1987 Silver Slugger award was the headliner for a “golf staycation” event sponsored by the hotel and the country club.

The private event included lunch, an 18-hole two-man scramble, plus happy hour and a private dinner with Smith. Only 24 golfers and their guests participated.

Smith, asked if he’d ever been on a “staycation” himself, offered a witty rejoinder.

“I’ve had ‘staycations’ all my life,” said Smith, chuckling, a reference to his 19-year major league career, living in and out of hotels all over the United States.