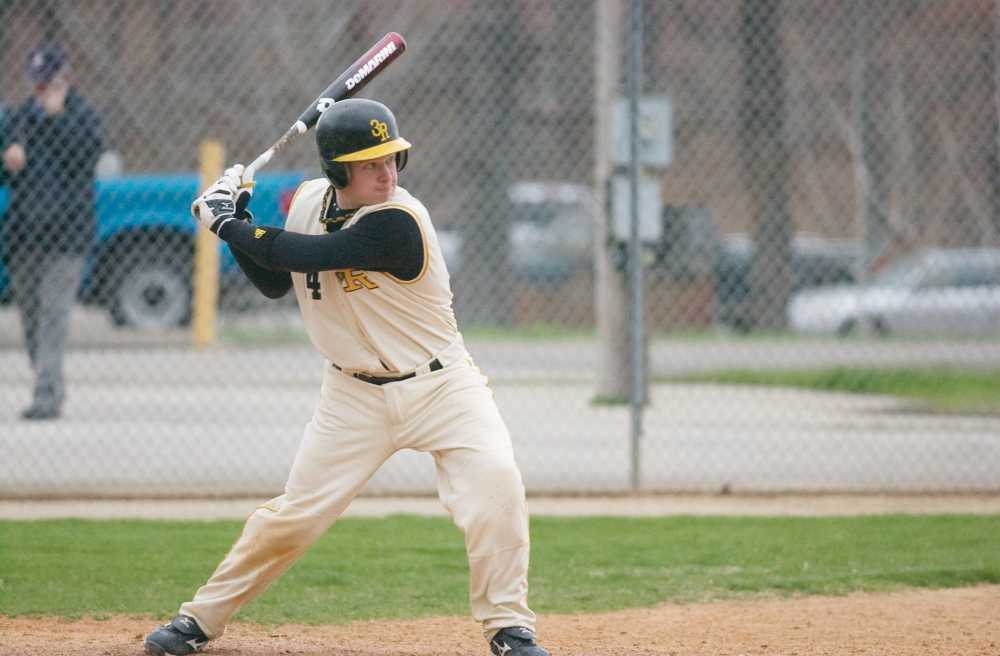 In this 2009 file photo, Three Rivers' Tyler Smith swings at a pitch during a game at Roger Pattillo Field. Smith was named the new head coach of the Raiders on Wednesday.
DAILY AMERICAN REPUBLIC file/Alex Abate
Order this photo

The final piece of a changing of the guard at Three Rivers is official.

On Wednesday, the Three Rivers Board of Trustees confirmed Tyler Smith as the new baseball coach for the Raiders.

“I want to thank (Three Rivers President) Dr. (Wesley) Payne and the Board of Trustees for giving me the opportunity. Without them, I wouldn’t have this chance, so I’m excited to do it,” Smith said. “I hope I’m here 30, 40 years. This is a dream job for me. But whatever happens, I want to leave it better than we found it.”

Smith was a two-year starting catcher for the Raiders and was an All-Conference selection and an Academic All-American in 2009.

He then went on to Arkansas State University and helped the Redwolves reach the Sunbelt Conference tournament in 2010-11 and made the conference All-Academic team as a senior. He then signed with the Kansas City Royals and played professionally for three years before coming back to Poplar Bluff.

“Coming back and being an assistant and now the head coach, Three Rivers has always been a constant in my life,” Smith said. “If you come to Three Rivers and excel, you’re going to have every opportunity you want.”

Former coach Stacey Burkey, who retired in May after 33 years with the program — six years as an assistant and 27 as head coach — said Smith was his recommendation to Payne and the board, but it wasn’t until Wednesday that everything was made official.

“Now that it’s out, it’s good to be able to tell the guys that we’re recruiting and tell the guys we’re trying to bring in,” Smith said. “My first couple of years (Burkey) did everything, and then he gradually gave me more and more responsibility. So for the past two years, I’ve been basically doing it. It’s not going to be a huge adjustment, but there will be some adjustments, just the day to day responsibilities and all that stuff.”

Said Burkey, “He’ll be a perfect fit to move right in there. He’s the perfect person to have in that position to keep the ball rolling in the right direction.”

Smith said going forward, an emphasis on recruiting will be to get the best local talent to come to Three Rivers.

“Our goal with everybody we bring in, every kid we recruit, is can that kid win us a region,” Smith said. “I’m excited. It’s going to be a fun challenge. I’m really excited to take over and continue to build on what coach Burkey has accomplished in his 30-plus years being here and the coaches before him.”

The MLB draft allows players to get drafted out of the junior college level immediately, while the NCAA mandates they be three years removed from high school. His father was drafted in the first round after playing at Three Rivers, and Smith added that he wants to turn Three Rivers into a launching pad.

“He’s done a really good job of (social media), which is becoming more and more a big part of recruiting,” Burkey said. “I think it’s a great opportunity. I think we’re going to have a good bunch of guys coming in for him to work with. I think it will be a good situation for the college and for him.”

Burkey’s announcement shortly followed that of Gene Bess, who retired after 50 years coaching men’s basketball. Women’s basketball coach Jeff Walk announced last summer that the 2020-21 season would be his last after 12 years at the college and 20 years at Twin Rivers High School.