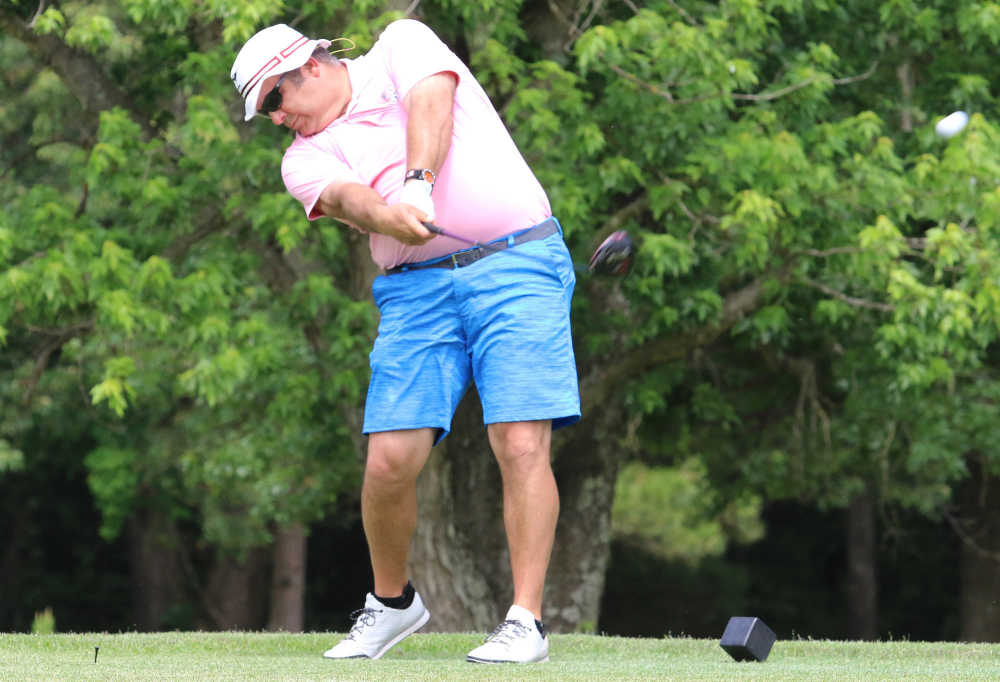 Brevin Giebler, of Cape Girardeau, Mo., hits a drive off the No. 9 tee at Westwood Hills Country Club during a qualifier for the Missouri Amateur on June 3, 2020, in Poplar Bluff, Mo.
DAR/Brian Rosener
Order this photo

But the Cape Girardeau golfer lost the next two holes and was knocked out by Nicholas Sheppard of Springfield, 2 up at the Ozarks National Golf Course.

Giebler needed a birdie on the par-3 17th to extend the match but Sheppard got a birdie of his own on 18 to end it.

Giebler earned a 2 and 1 victory over then No. 15 seed, Jake Mikesch of St. Joseph, on Thursday in the opening round.

Sheppard, the No. 47 seed, also pulled off a first-round upset with a 2-and-1 victory. He will face No. 2 seed Jack Parker of Columbia in the Round of 16.

Top-seed Alex Locke of Springfield lost 1 up to the No. 33 seed, Logan Smith of La Plata. Only five of the top 10 reached the Round of 16.

A par by Giebler on the par-3 eighth tied the match and he pulled ahead with a birdie on the par-5 ninth. Another par on No. 10 put Giebler 2 up.

Sheppard rebounded with a birdie on the next hole, the par-5 11th and evened the match at the par-3 12th.

Both players had pars over the next two holes heading to the par-4 15th tied. Sheppard won the hole with a par and took the par-4 16th with another for a 2-up lead.