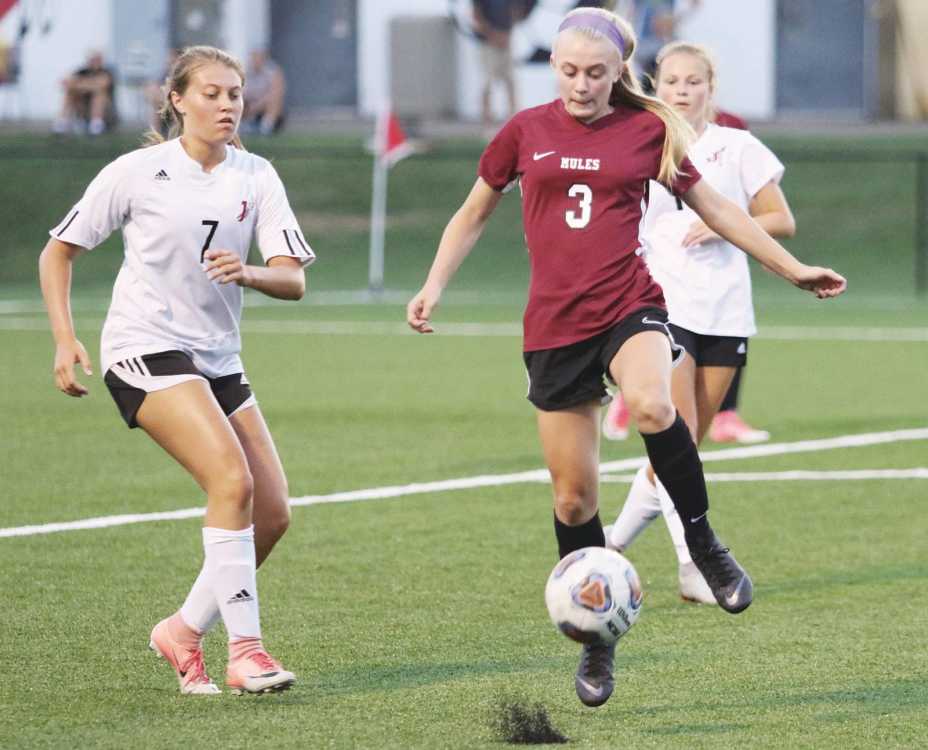 JACKSON, Mo. — Emily Nelson and Emily Spencer took to the field with their Poplar Bluff teammates to finally play an opponent 98 days after their soccer season was scheduled to start.

The Mules played the first of two games against SEMO Conference opponents in what was billed as friendlies Thursday night.

Jackson handed Poplar Bluff a 8-0 loss but these games were less about the result after the season was canceled due to the COVID-19 pandemic.

“I’m just glad that we’ve gotten out here and we’ve been able to have an experience with the team because I didn’t get to play my junior year because of injuries,” said Nelson. “It’s sad that we couldn’t play, like most of our year but I am very thankful.”

The seniors will be recognized prior to Friday’s game at 6 p.m. when the Mules face Saxony Lutheran.

The SEMO Conference is also hosting events for baseball, golf, boys tennis along with track and field.

Spring sports were less than a week from starting games when schools were closed. Athletes were allowed to begin practices again June 1.

“You could tell we haven’t been out there in a while,” Mules coach Rusty Crafton said. “Just two days a week is not enough practice.”

Not all of Poplar Bluff’s original roster was available, including senior Nayeli Cerda, and both teams mixed in younger players.

Poplar Bluff goalie Navaeh Larkins made her debut and had 13 saves against a Jackson team that was coming off a district title in 2019 and started eight upperclassmen.

Kathleen Miller scored three times for Jackson while senior Piper Guilliams had a goal and an assist. Olivia Ward, Grace Crowden and Abbey Klund each scored.

Jackson led 4-0 at halftime, breaking a scoreless tie nine minutes into the game when Larkins got a hand on a high shot by Miller but couldn’t deflect it wide.

Poplar Bluff had a pair of scoring chances early in each half but couldn’t get any sustained pressure.

The last time the Mules played a meaningful game was May 13, 2019 when they lost to Jackson in the district playoff 7-0.

“I’m just glad to be here, glad to get a final last two games,” Spencer said. “I’ll take what I can get.”