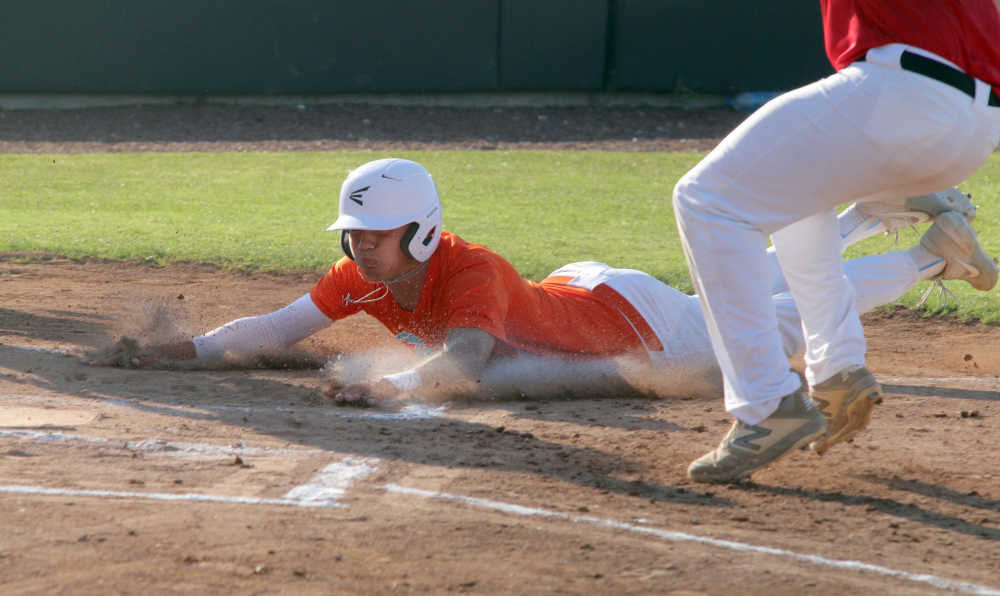 JACKSON, Mo. — Runs came at a premium to start the first game of the doubleheader for the Southeast Tropics on Wednesday evening.

Leading 1-0 after the first inning, the Tropics did not push another run across the plate until the fourth and, from there, managed to score 10 more runs in the final four frames. The Tropics shutout the Jackson Tribe in the first game, led by a strong pitching performance by Bryce Morgan and a top-of-the-order that collectively went 3-for-8 with five RBIs and scored three runs.

A strong outing all-around is what the Tropics needed after returning from a weekend tournament in Mountain Home Township, Ark., where they went .500.

“All-around, great team win, top to bottom,” Southeast Tropics head coach Dustin Schwartz said. “I don’t know if we’ve had a better team win on the year, against a state opponent. We went 2-2 down in Arkansas, so to rebound like that in a big game, it was just a great all-around team win.”

From the moment he threw his first pitch to the last, Morgan continued to keep a strong Tribe lineup off-balance.

He pitched a three-hit, complete-game shutout for the Tropics, finishing with four strikeouts and two walks. He threw 77 pitches, 62 percent of which were for strikes as well.

“Changeup is his best pitch,” said Schwartz of Morgan. “When it’s working and he throws strikes, he can fill it up. We got a great defense behind him and when he’s working on the mound, he’s one of the toughest to hit in the area.”

The top-of-the-order for the Tropics, namely leadoff man Ty Johnson and Brennan Fowler, were huge pluses in Southeast’s victory.

Johnson went a perfect 3-for-3 at the plate. He added three RBIs and one walk while scoring two runs, while Fowler went 2-for-4 with two RBIs.

In the first inning, Johnson started things off by lacing a double on the third pitch he saw from Jackson’s Mason Lewis.

The Oran junior advanced to third on a wild pitch and followed that up by scoring on a passed ball to give the Tropics a 1-0 lead.

Moving to the fourth inning, the Tropics scored three runs in the frame to take a 4-0 lead after a single by Morgan scored Peyton Eftink and Parker Jeffries.

Johnson would then add one more run to the scoreboard after he popped up a 3-1 offering from Lewis that led to a miscommunication near second base. The ball eventually dropped, scoring Drew Glueck from third and totaling the 4-0 score.

Continuing to add on, Fowler drove in the fifth run of the game for the Tropics in the next inning. Drew Dirnberger led off the inning by drawing a walk.

Then, after Dirnberger reached second on a wild pitch, Fowler's double allowed the Kelly junior to cross home plate to make it 5-0, with no one out.

A walk to Eftink would put runners on first-and-second, but Kaleb Garcia — who replaced Mason Martini on the mound after the double — got out of the frame. Garcia struck out Jeffries, got Gavin Bond to ground into a fielder’s choice and Kole Simms to fly out to left field.

The offensive outburst didn’t stop there, though, as the Tropics scored six more runs in the final two innings to equal the 11-0 win.

In the sixth inning, Glueck led off the rally after reaching on a hit by pitch. Morgan followed up by drawing a walk and a base hit by Johnson scored Glueck, making it 6-0.

Fowler added another RBI to his total after that, as his base hit plated Grant Coomer. A wild pitch by Garcia allowed the hustling Johnson to score on a head-first slide into home to make it 8-0, before Jeffries laced a Garcia offering to first base, but right into the glove of Will Ledure to retire the side.

Despite a bleak start to the game, the Tropics picked it up in the latter stages of the game, and to Schwartz, the team couldn’t do it without the catalyst at the top of the lineup.

“Ty had been struggling up until about the last week, but when he turns it on and can set up our offense, it just changes things,” Schwartz said. “We love having a guy like that being able to lead us off.”

Southeast finished with three multiple hitters for the game, with Morgan helping himself. He went 2-for-3 with four RBIs and scored one run.

Will Richardson, Seth Spraggs and Layne Frederich were the only Tribe players to record a hit in the first game.

In the second game of the doubleheader, Jackson got its revenge, defeating the Tropics 6-4.

After leading 3-0, the Tribe finally found their hitting groove in the bottom of the fourth, where they scored four runs.

Richardson led off the frame by reaching on an error. Frederich then doubled to center field, scoring Richardson and Hunter Bilek tied the game after an inside-the-park home run. 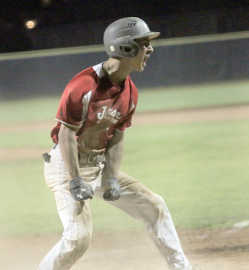 Tanner King started the game for the Tribe. He pitched three innings, giving up two hits and no earned runs while striking out six batters and walking two.

Finishing the game, Mason Martini pitched the last four innings, yielding one hit and one run, striking out five and walking two.

Alec Brown started for the Tropics, going five innings and giving up seven hits and four earned runs, with 10 strikeouts and two walks.