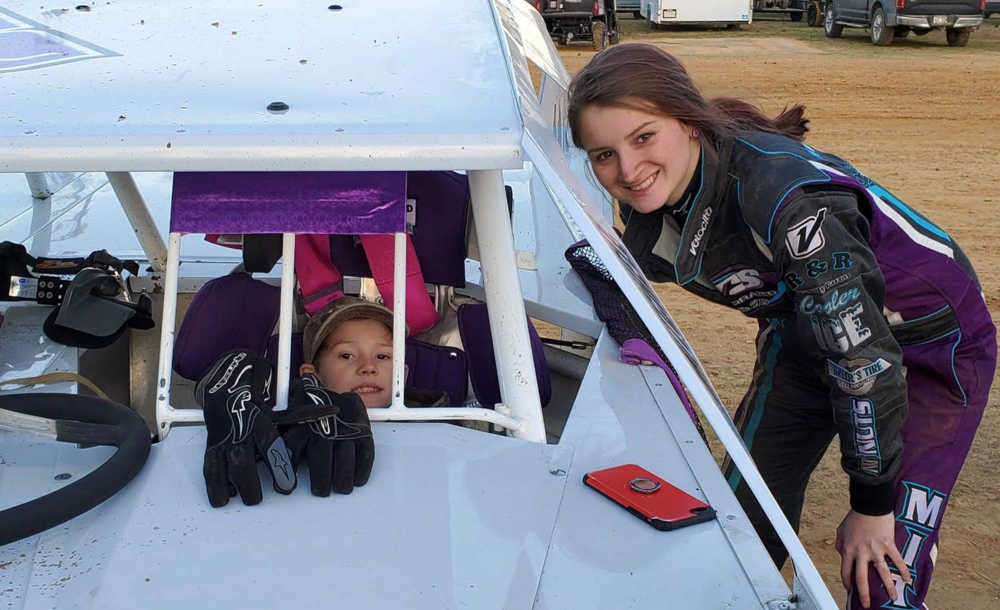 Holcomb native Cayden Mitchell knew she wanted to speed down a dirt track when she was less than 10-years-old.

“My dad has always been my best friend,” Mitchell said. “Growing up we always went and watched the races together at Poplar Bluff, Malden, and Paragould. I was drawn to it right away and wanted to do it. My dad got me started with drag racing, then we got into go-karts, and two years ago I started racing modifieds.”

The 2019 Holcomb graduate has enjoyed her fair share of success along the way.

She was the undefeated Pro Sand Drag Association champion in 2012, 2013, and 2014, and ranked in the Top 5 most talented competitors in the sport. She also won the Small Block Open Pro at the North Mississippi Kart Nationals during her go-kart racing career. She is currently ranked third in the IMCA Modified League in the 2020 season.

“My dad has supported me through everything,” Mitchell said. “He taught me at an early age life lessons like being patient and working hard. Things weren’t just given to me. If I wanted to race I had to work for it.”

Mitchell began racing modifieds after meeting Kennett’s Robbie Hamlett at a race in 2018.

“We were at the races one night and he was trying to change his tire,” she said. “He was by himself so I went and helped him. The next year he came to one of my go-cart races and asked me to drive his car. He and his wife Rhonda are the sweetest couple.”

Mitchell finished sixth in the IMCA Modified League she competed in during her rookie season in 2019.

“I had five Top 5 finishes last year,” she said. “That showed me I could hang with the big guys. This year I’ve had four Top 6 finishes all behind really great competitors. I’ve learned a lot. I feel like I’ve actually learned something in every race I’ve competed in.”

Mitchell traveled as far as Florida a few months ago to fine-tune her skills when local races were canceled due to the COVID-19 pandemic.

“Florida opened up before everywhere else so we drove to Florida and competed in a race in March down there,” she said.

The 19-year-old has since had the opportunity to compete in four races at Crowley’s Ridge Raceway in Paragould, Arkansas.

“We were supposed to start the season off locally in March,” she said. “We didn’t get to start until the end of May. We’ve had to run some races without fans in the stands. It’s weird to feel like you are racing in front of yourself.”

Mitchell said she is grateful to the assistance her sponsors and family have provided her to help keep her on the track as she continues her quest to win her first race in the IMCA Modified League. 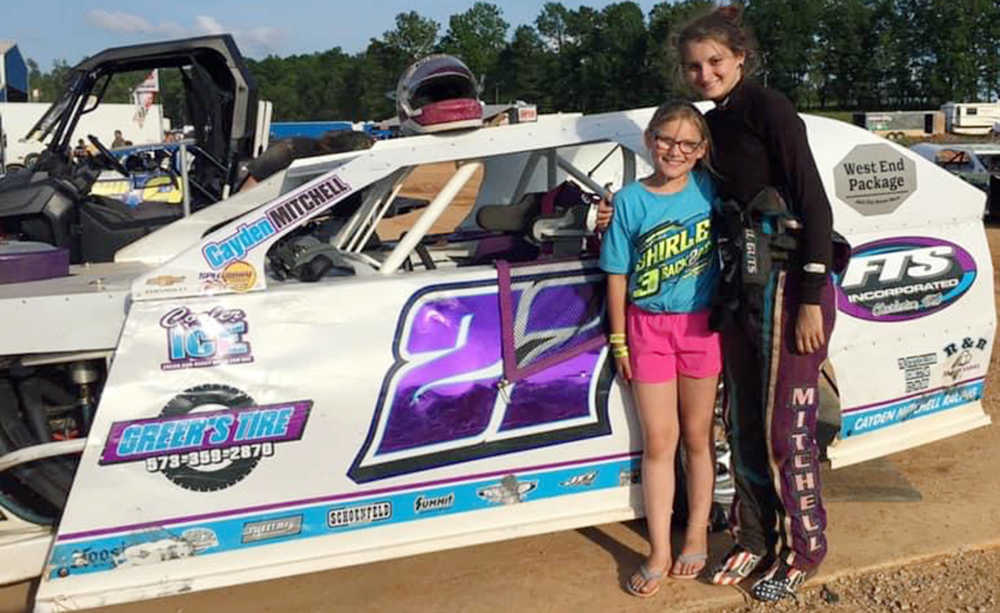 PROVIDED PHOTO
Racer Cayden Mitchell (right) poses with a fan at Crowley’s Ridge Raceway in Paragould, Arkansas.
Comments
View 1 comment
Note: The nature of the Internet makes it impractical for our staff to review every comment. Please note that those who post comments on this website may do so using a screen name, which may or may not reflect a website user's actual name. Readers should be careful not to assign comments to real people who may have names similar to screen names. Refrain from obscenity in your comments, and to keep discussions civil, don't say anything in a way your grandmother would be ashamed to read.
Respond to this story