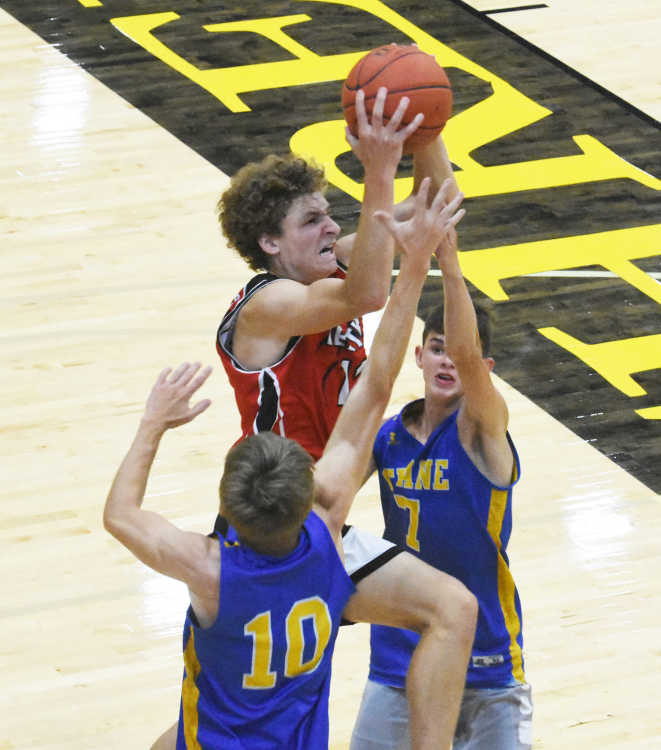 POPLAR BLUFF — Dexter seniors Peyton Driskill and Andrew Ellinghouse, among other players from Stoddard County, are keeping their basketball skills sharp during the COVID-19 pandemic by playing the sport at the club level.

Driskill is playing for the SEMO Select, of Greenville, and Ellinghouse is competing with the Bullets, of Ellington.

Other local players who are on club basketball rosters this summer include Jack Below, Landon Dailey and Jaren Schrader, of Advance; Noah Foster, Tristan Johnson, Michia Schooley and Johnny Vaughn, all of Bernie; Cole Nichols, Truman Krapf and Dylan Sitze, all of Dexter; and Tanner Freeman, of Richland.

Club basketball provides opportunities to play the sport, as schools are offering varying degrees of contact between players and coaches. Some schools are allowing weight training and practices with only some of the players allowed to participate at a time because of social distancing guidelines.

Dexter High School athletes returned to a sense of normalcy June 2 when they were allowed to resume weight training and conditioning exercises.

The boys basketball team took another step June 9 when it played a pair of games at a shootout at East Carter High School in Ellsinore.

Driskill and Ellinghouse joined their DHS teammates last week at the Rib City Shootout at the Libla Family Sports Complex on the campus of Three Rivers College.

The Bearcats started the shootout with a 63-32 win over Crane.

The first three boys and two girls Rib City Shootouts were canceled because of the pandemic, and last week’s sessions looked a little different.

Far fewer teams participated in the boys and girls basketball shootouts than usual, and no tournaments were played at the end, pitting the teams with the best records against each other. Each team played up to five games.

Ellinghouse, who normally competes for the SEMO Bulls, an AAU team based out of Poplar Bluff, joined the Bullets for a few games while the Bulls develop a plan to return to competition.

“I’ve been playing with a travel team on two or three weekends, and I’ve been training with my AAU coach,” Ellinghouse said. “I’ve been working with him a couple of times a week.”

For the first month of the pandemic, Ellinghouse, like his teammates, stayed home but he practiced his shot outside.

“That helps a lot when you get to play with other people,” he said. “You stay in shape (year-round) a whole lot better, too.”

The Bearcats hope to build on last season’s strong finish when they took district champion and state semifinalist Notre Dame to overtime in the district semifinals.

Notre Dame had beaten the Bearcats by 21 and 19 points during the season before winning by only two (57-55) in the district tournament.

Driskill hopes his team will show continued improvement this season.

“We’ve just got to start from where we ended,” Driskill said. “We hope to beat Notre Dame this year. Our goal is to win a district championship and go to state.”

Ellinghouse hopes for a special season during his senior year.

“I’ve been playing with these guys since the third grade or before,” Ellinghouse. “(This is our) last year.”

The Bearcats finished 15-12 under the direction of first-year coach Chad Allen last season. They won the Bloomfield Christmas and SCAA tournaments, winning both in the same season for the first time since 2004-05

“We had great chemistry last year,” Ellinghouse said. “We all got along so well. We never had fights. We really played together as one. We may not have been as athletic as the other teams, but we just played together.”

“Work hard every single day,” Ellinghouse said of future success. “That’s what we’re going to have to do. Obviously, we lost 6-6. We’ve got Jackson (Allen) but he’s not really an inside (player). We’ll have to cope with playing bigger guys.”