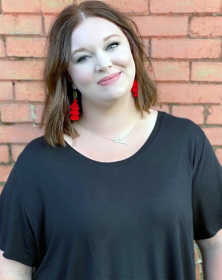 Allison Hoffmann has been involved with the Senath-Hornersville Lions volleyball program for close to a decade.

“I was very attracted to the position because it’s close to home and I’ve always loved Senath,” said Hoffmann, who will also work as a paraprofessional at the school while she continues to work toward a degree in physical education.

Hoffmann takes over for Alex Glover who recently accepted the position of varsity volleyball coach at Malden High School.

Senath-Hornersville is coming off a 12-15-3 campaign at the varsity level and a second-place finish in the Class 2, District 1 Tournament in 2019. The Lions return four of its six starters off of last season’s varsity squad.

“I’m pretty excited about our upcoming season,” Hoffmann said. “Our players are ready to work hard which is always a good sign.”

Hoffmann said she has received the opportunity to hold split-squad workouts in June.

“We’ve been in the gym working out with six players at a time,” she said. “It’s definitely challenging for sure right now. We are trying to learn as we go and do whatever we can.”

Hoffmann is placing an increased emphasis on conditioning this summer because Missouri will begin playing three out of five sets at the varsity level this fall.

“I think it’s a good thing,” she said. “You just have to work a little harder and get over the mental part of I’m really tired. Arkansas has played three out of five for several years and I think it is time for Missouri to implement it as well.”

Hoffmann, who played college volleyball for two years for Barry Wheeler at Crowley’s Ridge College in Paragould, Arkansas, before suffering a career-ending shoulder injury, said she learned the value of having a good work ethic while playing at the collegiate level.

“I definitely learned what hard work really is playing college,” she said. “It takes great dedication to play at the collegiate level.”

“Hopefully we will be able to get in the gym and practice in a couple of weeks,” Hoffmann said. “We will definitely be hitting it hard when we do get started because our season is just around the corner.”