Fighting Squirrels, Jackson adjusting to summer like no other 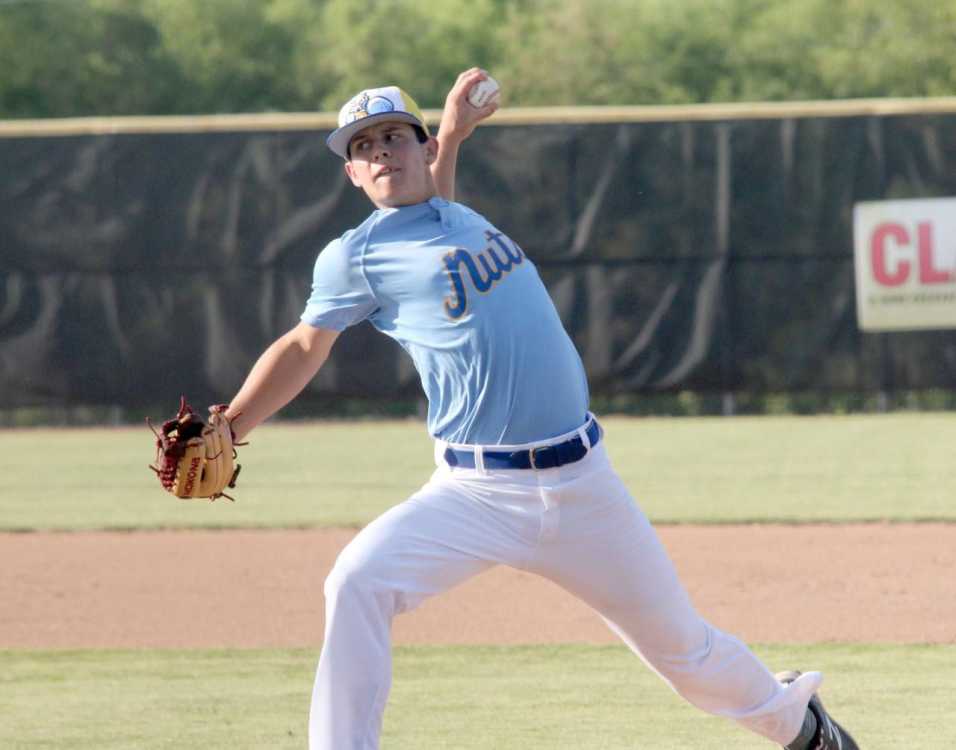 The Charleston Fighting Squirrels and Jackson Tribe are both figuring out how to manage this summer baseball season, which is like no other the players and coaches have ever navigated before.

In a typical summer, all of the players would have been throwing, catching, and hitting into their fourth month following their respective high school seasons. However, with the coronavirus pandemic swallowing up spring sports throughout the country, this summer is being managed differently.

The Fighting Squirrels (9-0) took a pair of games from the Tribe (10-2) Tuesday at Jackson Stadium in Jackson, the first being an extra-inning 6-4 victory and the latter a 10-0 thrashing of the previously unbeaten Tribe. The teams combined for six errors on the night and the pitchers totaled 17 wild pitches or hit batsmen.

But the baseball was pretty good considering.

“It was a really good baseball game early,” Fighting Squirrel manager Michael Minner said following the opening win. “Both teams made some blunders and that is part of it. This is still like playing in March.”

Many of the players are in their first month of baseball since last summer, so because of their talent, they look great at times, but because of their lack of work over the past year, it can be shaky at others.

But the ability was undeniable early, particularly the pitching.

In the opener, Charleston starter Luke Nichols, a Bell City athlete, worked four innings and allowed just one earned run while striking out 10.

His counterpart, Jackson junior-to-be Will Richardson threw 5 2/3 innings, allowed just one earned run while striking out 11.

Nichols struck out the side in the fourth inning, as Charleston led 1-0. However, in the fifth, Jackson began to get to him.

Seth Spraggs led-off the inning with a single before Jackson grad Lane Fredrich drew a walk.

Richardson helped his cause by doubling home Spraggs to tie the game and Minner called for a pitching change, bringing in Notre Dame thrower Brayden Eftink.

“Normally,” Minner explained, “guys come out of their high school seasons and their arms are ready to pitch deep into games. We shut Luke down (at 68 pitches). He threw his butt off., but they got on base and he was at 68, so we shut him down.”

Lewis was taking a more liberal approach with Richardson, who threw 98 pitches with 64 being strikes.

Richardson struck out the side in the fifth and got Justin Moses to line out to open the sixth. However, the Squirrels began to get to him.

Another SEMO recruit, Anthony Klein, sacrificed Howard in for a 2-1 lead before Sagar scored on one of four Richardson wild pitches for a 3-1 game.

“(Richardson) is still kind of learning,” Lewis said, “but he threw well tonight.”

Jackson got a pair of two-out runs to tie the game on a double by Lewis’ son, Saxony Lutheran player Mason Lewis. However, Charleston answered with three consecutive singles (Howard, Sager, and Klein) to open the eighth off of Abernathy before Howard scored on Klein’s RBI single and Sager on a wild pitch.

“It was a good ball game,” Lewis said. “We needed to capitalize earlier in the game. They built that lead, but great for us to come back and score two and have a chance to win.”

Klein paced Charleston with a couple of hits and a pair of RBIO, while Gabe Hurley also had two hits in the win.

Lewis had two hits and as many RBI for Jackson.

Marshall Brown got the win on the mound after throwing two innings of one-hit, no earned run baseball. He struck out two.

Abernathy took the loss after allowing five hits and two runs in 1 1/3 innings.

In the nightcap, the Squirrels took advantage of four Tribe errors.

Sager had a pair of hits, while Hunter Bilek and Austin Buck had the lone hits for Jackson.

Dawson Crawford threw four innings to get the win and struck out six.