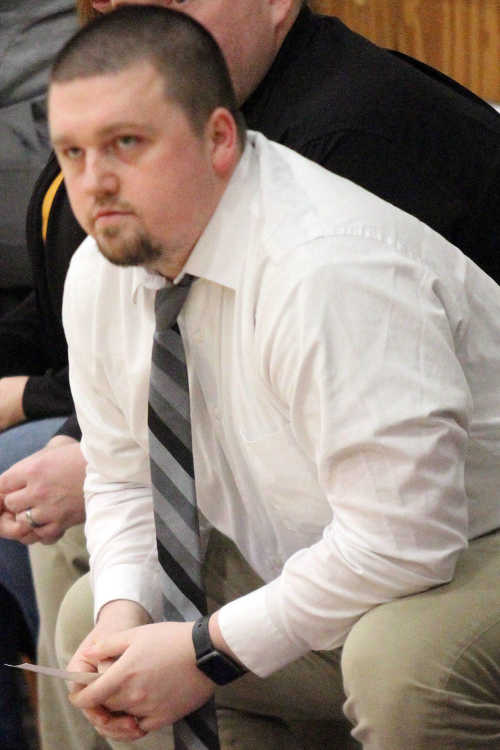 Photo by Dustin Ward, staff
Jeremy Walker (pictured) looks on from the bench in a basketball game at the 2020 Tri-County Conference Tournament at Clarkton High School. Walker has been named the varsity boys basketball coach at Gideon High School for the 2020-21 school year.
Order this photo

Jeremy Walker has received ample opportunities to work with the players in the Gideon boys basketball program over the last three years.

“Our returning seniors are the first group of freshmen I coached when I became the junior varsity coach in 2017,” Walker said. “We were able to win the Tri-County Conference Tournament at the junior varsity level when they were sophomores in 2019 and they were of course part of our varsity squad that won the Tri-County Tournament last season. They are a good group that works hard and does what they are asked to do.”

Walker will have the opportunity to lead the senior-heavy varsity squad next season. The Gideon Board of Education promoted Walker to varsity boys basketball coach earlier this month.

“I’m very excited about the opportunity,” Walker said. “When you are the head coach you get to have your fingerprints on every aspect of the program. I’m looking forward to managing our weight lifting, workouts, and practices, and hopefully finding a way to win some games.”

Walker takes over for Jordan McGowan who recently accepted the job as varsity boys basketball coach at South Pemiscot High School after a four-year stint as head coach at Gideon.

“Coach McGowan did a good job,” Walker said. “I was grateful to be able to work with him. We were high school teammates so he trusted me and allowed me to try some things not only at the junior varsity level but also in the varsity games. I was able to put some suggestions out there to implement during games and see how they would work.”

Gideon returns two starters and its sixth man off of last season’s varsity squad that finished 22-6 and enjoyed a 16-game winning streak. Walker expects to have six seniors, two juniors, two sophomores, and four freshmen out for high school basketball.

“Our seniors have been great leaders in player workouts and the lifting we’ve been allowed to participate in during the COVID situation,” he said. “I think they will be great at teaching the younger guys the work ethic it takes to be a part of a winning program.”

“I don’t mind to play up-tempo,” Walker said of his basketball philosophy. “My No. 1 thing is if you are open you better shoot it because if you are not a threat on the floor you are not helping us out. When you get the ball you need to be able to make good decisions and find a way to score when the opportunity presents itself. In saying that, if you don’t put the work in at practice to develop your skills there is no reason for you to be on the floor. The hard work you put in before people show up is very important.”

Walker has already started preparing his players for the upcoming season.

“We’ve been allowed to open the gym back up,” he said. “We’ve started weight lifting and skill development. We are also planning on playing in a few gyms against another team. We are also considering participating in a Rib City Event in July.” 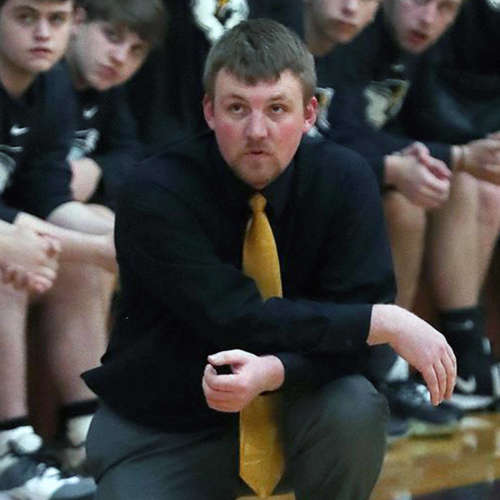 South Pemiscot hires Gideon coach Jordan McGowan as its new varsity boys basketball coach
Dustin Ward - Delta Dunklin Democrat
Jordan McGowan will not have a chance to repeat as Tri-County Conference Boys Basketball Coach of the Year. McGowan, who was named Conference Coach of the Year after Gideon finished 22-6 and won its conference tournament for the first time since 2016 earlier this year, is departing the Tri-County Conference to coach in the Bootheel Conference...
Respond to this story