Catching up with Samantha Gatewood — ‘It’s a tradition, and we’re trying not to break it.’ 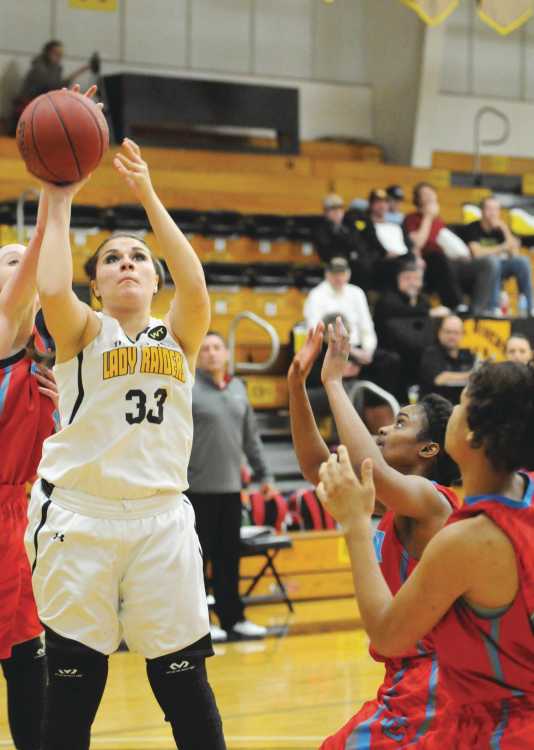 There’s a small group of former Three Rivers College women basketball players who played between 2012-16 and come back for the Raider Reunion every year. Those from out of town often stay at one former teammate’s house in Poplar Bluff.

Just like back in college, they go to Myrtle’s on Saturday morning before a game. The current team sits at its usual tables and former coach Jeff Walk, who retired this year after 12 seasons with the Raiders, smiles as the alums walk in to order their old pre-game meals.

Then they go to the Raiders’ Saturday shootaround, laughing about how they all have too many injuries to get out on the court. And later in the day, they go to Three Rivers Alumni Reunion and its women’s and men’s basketball games. 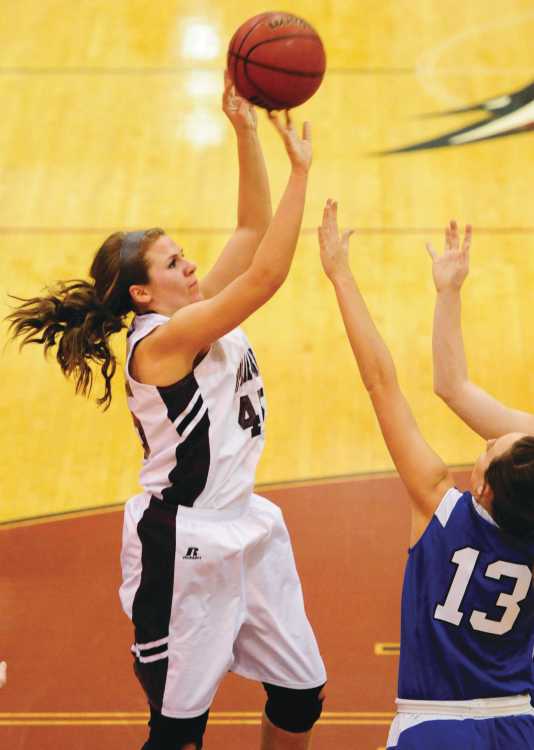 “It’s a tradition, and we’re trying not to break it,” said Samantha Gatewood, who graduated from Poplar Bluff High School, played for the Raiders from 2014-16 and orders French toast at Myrtle’s. “The people around my age and the groups before me, that is our favorite time of the year.”

During each reunion, they’d post group photos on social media.

Gatewood said she’d get messages from past teammates saying they didn’t know anything about the reunion, and that they wish they had.

“Even though I follow all the Raider stuff on Facebook and look up the schedules and stuff, I don’t get all the Three Rivers College posts,” Gatewood said. “These people out of town, if I don’t see every post, I know they aren’t seeing every post.”

So Gatewood, who now works at First Missouri State Bank in Poplar Bluff after earning her business degree at Arkansas State, created a Facebook group in December, about two months before the 2020 Alumni Reunion.

Gatewood was hoping her humble Facebook group, “Three Rivers Raiders Athletics Alumni,” would get 30-50 members to help spread the word about reunion events. She reached that goal almost immediately.

Seven months later, her volunteer project has 530 members from all over the country.

“My goal was, if I can get 50 people, that’s 50 more people than who were connected the day before,” Gatewood said.

The group became a forum for throwback photos as more and more people joined. The Golden Girls cheerleading teams from the ’80s, a side-by-side photo of father and son Chris Ward Sr. and Chris Ward Jr. wearing their Raider jerseys, a 2013 photo of now husband and wife Jake Nickelson and Brittney (Hager) Nickelson, who met when they were playing baseball and softball at Three Rivers.

There were clips of old newspapers, game photos, behind-the-scenes photos, practice photos, team banquet photos, and that was during the group’s first two weeks before Christmas.

In late January, a Three Rivers fan gave Gatewood his old team programs going back to 1983.

“I probably put in over 20 hours just going through everything, trying to post pictures,” said Gatewood, who posted hundreds of throwback photos from those programs.

As winter became spring, intermixed with all those throwback photos was a timeline of Three Rivers athletics, spreading the word about more than just the reunion.

With the next Three Rivers seasons getting closer and the next reunion likely to be in February, as it was last year, Gatewood is hoping to spread the word even more.

“I hope more people know about the reunion, just in general,” she said. “Maybe start a tradition like us girls have.”