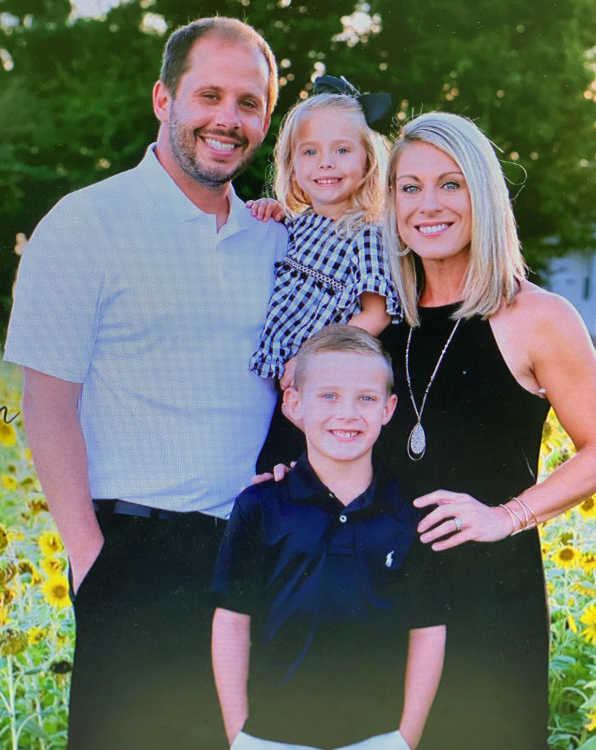 When Kennett graduate Chris Sledge returned home to run the family business in 2001 he wanted to find a way to give back to his community.

Since returning home the Kennett native has coached multiple youth basketball and baseball teams and ran the youth football program in his hometown.

Sledge has had the luxury of working with several Kennett athletes that have developed into great players - including 2011 Kennett graduate Fred Garmon who went on to play college basketball at Mineral Area College in Park Hills, Missouri, and Austin Peay State University in Clarksville, Tennessee.

“I’ve had some favorites over the years,” he said. “There are too many to name but Fred Garmon is a guy that has stuck out. I remember the first time I met Fred how serious he was and how much he wanted to get better. I remember him calling me after our first youth basketball practice asking when we were going to practice again. I’m really proud of him.”

Working with the 2010 Kennett boys basketball squad during their younger days is one of Sledge’s most fulfilling times as a youth coach.

“Mark Wallace and some other dads asked me to coach a travel basketball team,” he said. “I love basketball and I would be a high school basketball coach if I didn’t work at the family business because that’s kind of my passion. I started coaching the youth basketball team and we probably played 30 or 40 games as fifth graders. Then I took them everywhere when they got in sixth grade and they probably got in 50 or 60 games. I kind of always stuck with that group and took them to play even after their middle school and high school seasons. Seeing those kids I coached for so long help win the school’s first district championship in 35 years in basketball is one of my most satisfying moments.”

Sledge has also had the opportunity to coach multiple youth baseball players that eventually played at the collegiate level including Adam Grantham, Andy Lack, Cameron Wallace, and Logan Dollins.

“They were on the same team and all went on to play Division 1 baseball,” he said. “ I was really close with that group. They went on to take third in the state when they got to high school.”

Sledge has also enjoyed watching the excitement for football grow in his community in recent years.

“I still run our youth football program in Kennett that we restarted when Coach Aaron Pixley came here about eight years ago,” he said. “I think it has been a big plus for Kennett. I think it’s made a big difference getting those kids interested and feeding them to the junior high and then our high school programs. It’s been great watching the kids get excited about playing football again.”

Sledge had ample opportunities to learn about sports before he became a youth coach.

The 1997 Kennett graduate was a three-sport athlete in high school.

“My dad always pushed me hard in sports and I loved it,” Sledge said. “Anything I could play sports-wise I played. I played baseball, basketball, and football in high school.”

Sledge learned the game of basketball from Gregg Holifield who would later coach Sikeston to multiple state final four appearances and a 2011 state title.

“A lot of people didn’t realize Coach Holifield coached at Kennett for two years,” said Sledge, who earned all-state honors on the court. “I had a lot of good memories my last two years playing for him.”

“Back then they kept up with the passing leaders from about 32 teams in our area,” he said. “I know I was the leading passer in the area my junior and senior seasons.

“Next to my dad, Roland Johnson, who is an elementary assistant principal now, was the most significant male in my life,” he added. “He’s always been a hero of mine. He was my physical education coach in first and second grade and ended up being my high school football coach my junior and senior years. He was a Christian influence with high character. He really talked about working hard and showed me what a man looked like.”

Sledge admits while football and basketball were fun baseball became his favorite sport. The all-state player had the luxury of playing for Kennett squads that won consecutive district titles under head coach Bart McAtee.

Sledge chose to play baseball in college after graduating Kennett in 1997. He was a starting pitcher and first baseman at Three Rivers College in Poplar Bluff, Missouri, for two season before playing an additional two seasons at Belmont University in Nashville, Tennessee.

“I had scholarship opportunities in all three sports but elected to go play baseball at Three Rivers College,” he said.

Sledge earned accolades along the way, including be named a pre-season All-American after his freshman season at Three Rivers. But he always knew he would return home to Kennett when his playing days ended.

“I always knew I was going to come home and work at the family business - Skeeter Kell Sporting Goods,” he said.

Sledge has remained active coaching youth sports for the last two decades. In recent weeks he has had the opportunity to begin coaching his eight-year-old son Zayden at Indian Park.

“It’s getting more fun all the time because I finally got a dog in the fight,” he said. “I have a son who will be a third grader. I’m starting to get involved with my son’s baseball teams. It’s a blessing to finally get to coach my own kid after coaching kids for 20 years. It’s a lot of fun.”