SuperFan: Jen Odden still hoping for a "Lombardi" for her beloved Vikings 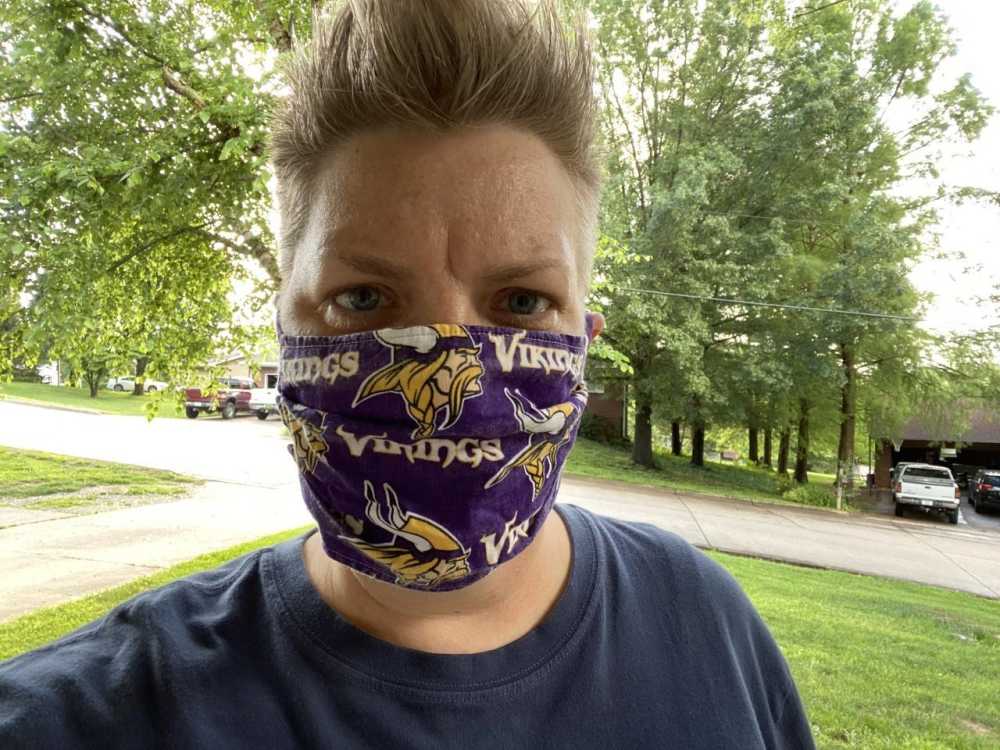 Today: Jen Odden, 42, afternoon radio personality, K103 Radio, and program director of 93.9 “The River,” and SEMO ESPN. Born in North Dakota, she spent her teenaged years growing up in northwest Minnesota. Known as “Jen Taylor” on the air, Odden is a lifelong fan of the NFL’s Vikings. She has lived in Cape Girardeau since 2013 and graduated from Southeast Missouri State University in 2019.

Odden’s attraction to the purple, gold and white began early.

“My dad worked in construction and was a Vikings fan,” said Odden, “and watching games with him was a way for me to hold onto him.”

She hasn’t seen the team sometimes called the “Purple People Eaters” in-person since 2012, when the Vikings called the now-demolished indoor Metrodome home.

When Odden watches the Vikings, her fandom is on vivid display and even extends to the family’s dogs. 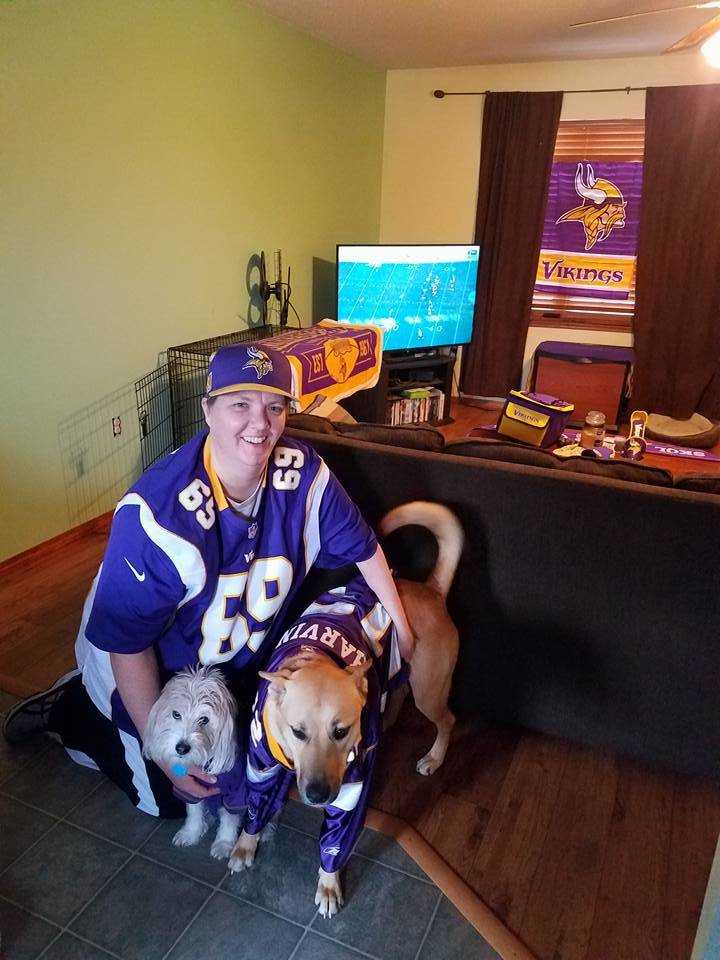 “We put Vikings gear on Charlie and Izzy and we put the flag out on game days,” she said.

Odden owns three replica jerseys and each player’s story has a compelling narrative for the broadcaster.

*Jared Allen, defensive end, spent six years with Minnesota. “(Allen) is my all-time favorite on defense, He had an engine that would not quit.”

Odden, who has not yet visited the team’s current home, U.S. Bank Stadium, also has favorite coaches.

*The late Dennis Green was a “this-is-how-it-is” kind of coach.

Odden says to be a Minnesota fan is to be long-suffering.

The Vikings have been to the Super Bowl four times, all in the 1970s, and lost each time.

In January 2010, with quarterback Brett Favre under center, the Vikings lost in overtime to New Orleans in the NFC Championship, foiling a fifth opportunity to compete for a Lombardi Trophy.

“All (Favre) had to do was throw the ball away, allow the kicker to convert a makeable field goal, and we go back to the Super Bowl,” Odden recalled.

“The team I care about so much has disappointed me,” she said, “but that doesn’t stop me from loving them.”

“I’ve been known to throw my hat at the TV and storm out of the room,” she chuckled.

Odden said she loves defense but believes the Vikings seem to be positioned well for a great offensive year with Kirk Cousins under center.

The Vikings play their home games in Minneapolis, the city in which George Floyd lost his life on May 25.

Odden said Floyd’s “blatant” slaying there caused her to go to Freedom Corner in Capaha Park for the May 31 Black Lives Matter protest.

Her BLM attendance two weeks ago “was the first time in my life I ever acted on what I felt.

“I’ve known racism and discrimination exist, but they were always fleeting thoughts in my head,” she said, “and I feel guilty (about it) because my silence means I’m complicit.”

Given the coronavirus restrictions and the possible ramifications on the upcoming NFL season, Odden is clear that safety for everybody is most important.

“If (COVID) means no (NFL) season, then I’m for that,” she said, “but I hope there is a way to have football this fall.

“Football helps me get through the winter months,” Odden added. 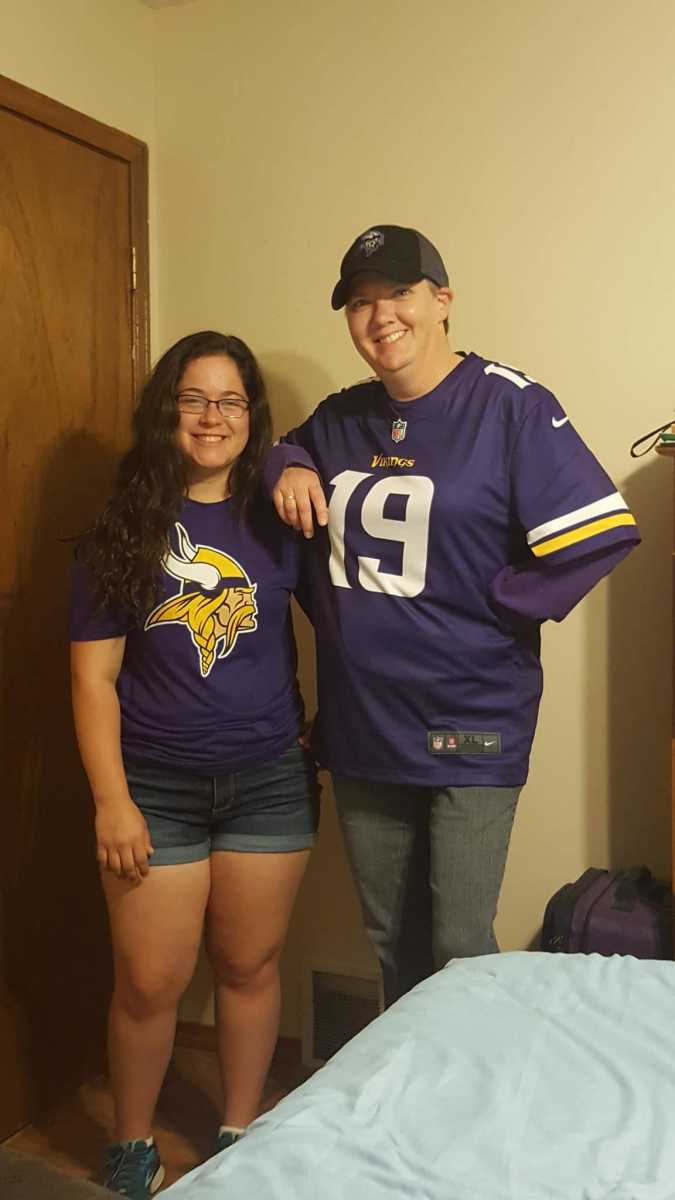