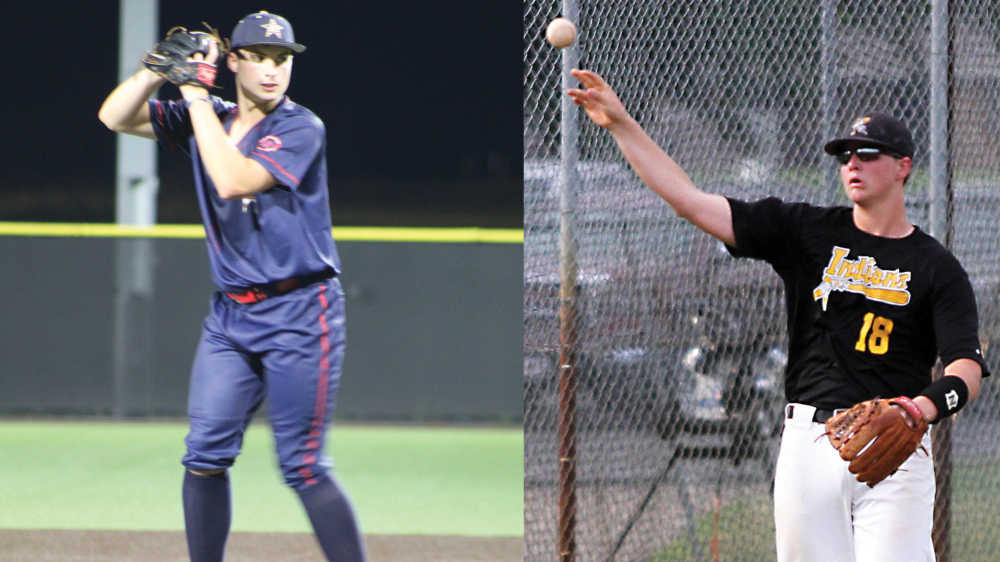 Kennett baseball standouts Reese Robinett and Riley Henfling didn’t get an opportunity to impress a growing list of scouts this spring due to fact their high school season was cancelled.

But the up-and-coming talents put together eye-popping performances when they returned to action last weekend at a PBR Baseball Showcase in Emerson, Georgia.

Henfling, who is a member of the Arkansas Sticks 15U summer program, struck out five in four scoreless innings in his team’s pool championship game against Knights Baseball of Nashville, Tennessee. His fastball approached 90 mph in his first outing on the mound since October. 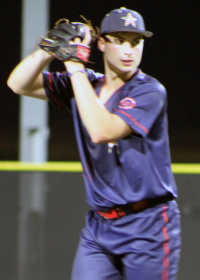 “I threw Saturday night about 9:30 p.m. and things went really well,” Henfling said. “I was really hiked up and got up to 90 mph.”

On a nearby field Robinett, who is a member of the Arkansas Sticks 16U squad, also delivered a clutch performance in his squad’s pool championship. The left-handed slugger went 1 for 3 with three RBIs.

“I’ve been working hard every week,” Robinett said. “It was great to finally get back on a diamond over the weekend. Things went pretty well. I got a few nice hits and played pretty well in the field.” 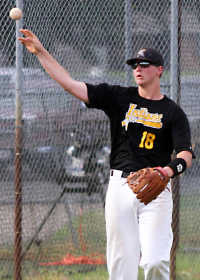 Photo by Dustin Ward, staff
Kennett third baseman Reese Robinett makes a toss on the infield at Indian Park in Kennett in 2019.
Order this photo

Henfling, who is in the 2023 recruiting class, said he also received scholarship offers from the University of Missouri and Arkansas-Little Rock before choosing Arkansas.

“It just kind of happened,” he said of the recent verbal commitment. “We had previously communicated a little bit but not seriously. Then they saw me pitch last weekend in Atlanta and immediately made me an offer. Arkansas is hands down the best program in the country. They have the best facilities and are a big time SEC school so I was automatically drawn to them. I liked their offer and decided to accept it.”

Robinett, who is in the 2022 recruiting class, said he received offers from the University of Missouri, North Carolina State, and Wichita State but Arkansas was his first choice.

Longtime Kennett baseball coach Aaron New will have the luxury of preparing both six-foot-three players for college as they continue playing at the high school level in coming years.

“I’m very excited for Reese and Riley,” New said. “Both are extremely hard-working kids and we’ve enjoyed having them the short amount of time they’ve been with our program.”

Robinett hit .348 with one home run and 21 RBIs in 91 plate appearances for Kennett his freshman season. He also displayed the ability to make dazzling defensive plays with his glove at third base.

“Reese started every game for us on varsity his freshman season,” New said. “He was selected all-conference for us as a freshman. He’s a great all-around player. He’s one of the best young defense players we’ve ever had in our program. He’s also one of the best bats we’ve had and we are really excited we will have a chance to see him develop at the plate for us the next couple years.”

New has yet to have the opportunity to coach Henfling in a high school game but says the hard-throwing right-hander has a great upside.

“I’ve only had the opportunity to coach Riley in the summertime,” New said. “He obviously didn’t get to play for me his freshman season because the season was cancelled. But what we saw early in the preseason this spring is he has a SEC-type arm. If we can develop his off-speed pitches I think he could become a major factor at an SEC school.”

Both players look forward to returning to a high school diamond before they depart Kennett.

“I definitely hope to at least [win] a district championship and hopefully a state title,” Henfling said. “We’ve got a good group of talent on our team.”

Robinett added: “I’m just going to work really hard and try to enjoy it. Hopefully, our had work will pay off in the end.”