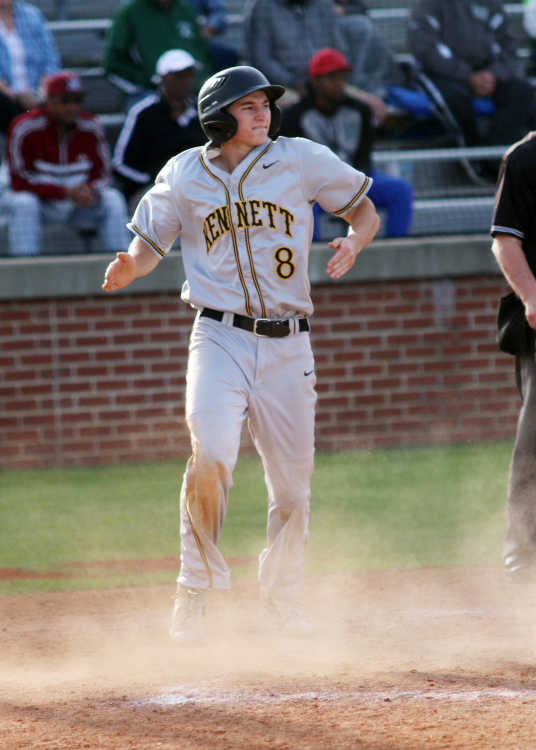 SEMO Conference baseball players will have the opportunity to take the field together one more time this summer.

“It’s exciting to get the opportunity to get on the field with the boys again,” Poplar Bluff senior Dawson Hanner said. “It’s going to be a fun day.”

The decision to hold the event comes after senior baseball players were unable to have a spring season due to the COVID-19 pandemic.

“Every year, we talk about doing something like this,” Notre Dame athletic director and baseball coach Jeff Graviett said in May. “And the coronavirus shutdown of sports is finally making it happen.”

"I think it's going to be great getting out there with all of those guys from different towns," Dexter senior Haden Hillis said. "It's going to be fun playing my friends from other towns. It has been a long time since most of us have played baseball. I'm lucky to be playing on a summer team right now but not everyone has been that lucky. It will be great to get back out there one last time after we lost our last year of high school ball this spring."

Coaches and athletic directors met last week to plan out a schedule for the event.

“We wanted to find a way to recognize our seniors in a proper way,” Kennett athletic director Jim Vaughan said.

The seniors on each squad will be assigned to one of four teams and have the opportunity to participate in two five-inning games.

“It’s a good opportunity to be able to get out there and play with my buddies and also against some players I’ve played against my entire high school career,” Poplar Bluff senior Carson Webb said.

Each team will be composed of seniors from two schools. The teams will be coached by the high school coaches of the respective schools.

“It’s all about the seniors having the opportunity to play baseball and be with their high school coaches one more time,” Poplar Bluff baseball coach Steven Edwards said. “It’s going to be fun. It’s more about celebrating the seniors than going out and trying to win a tournament. It’s about allowing the kids to play ball and represent their high schools. We want the seniors to have one more go around together and have a good time.”

The seniors of Cape Central and Sikeston will join together to take on the seniors from Notre Dame and New Madrid County Central in the opener at 1 p.m.

“I’ve never really played with a bunch of the Kennett guys,” Webb said of the pairings. “But I know they can play. Bluff and Kennett are the best two teams in the conference in my opinion so we should have a pretty good team.”

Ceremonies to honor the seniors will take place between each game.

“We want to have a parent and senior recognition ceremony like every school typically holds on Senior Day,” Edwards said. “We may even try to put the ceremony on the jumbotron at Capaha.”

Participation in the event is voluntary. A list of seniors eligible to compete from each team is listed below: