Six-run fifth inning lifts the Charleston Fighting Squirrels to an 11-4 win over the Missouri Outlaws; Pitchers shine in Missouri Bulls 3-0 win over the Southeast Tropics 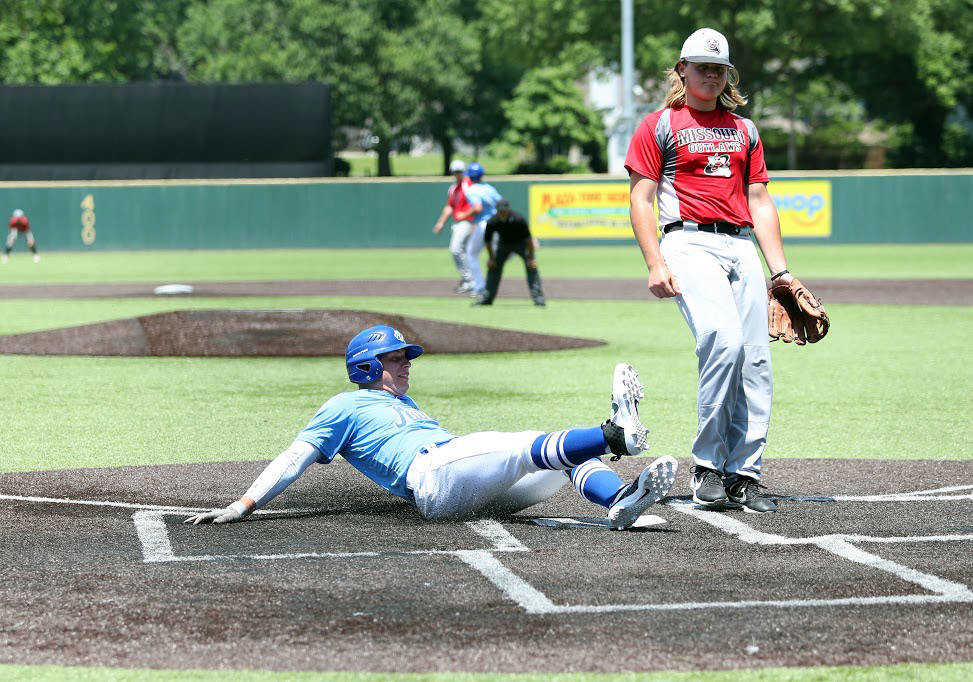 CAPE GIRARDEAU, Mo. — Through two games this season, the Charleston Fighting Squirrels have either out-pitched or out-hit their opponents.

That trend continued on Saturday afternoon after the Fighting Squirrels became advantageous on pitching miscues to defeat the Missouri Outlaws 11-4 in their final game of pool play, in the COVID-19 Baseball Showcase, at Capaha Park.

At the start, it took Charleston a couple of innings to put a number in the run column on the scoreboard.

After back-to-back walks to start the second inning, and a sacrifice bunt by Ajay Sager that pushed both Marshall Brown and Chase Crosnoe into scoring position, the Outlaws starting hurler Ryker Walton got out of the jam.

Walton struck out Tanner Ray and got Carter Heuring to ground out to end the frame without any harm and leaving the game scoreless.

Despite a missed opportunity on Charleston’s side, the Outlaws had to know that it would take a lot to quiet a potent lineup.

Getting the same sort of opportunity in the following inning, the Fighting Squirrels did not squander their next chance at getting a lead.

Gordon Todd started the inning by reaching on an error by the Outlaws shortstop. Then, leadoff hitter Justin Moses singled to push Todd to second base and giving Saint Louis baseball signee Payton Howard a chance to do damage.

Howard, though, popped out to the catcher — who laid out to catch the ball — for the first out of the frame. Brayden Eftink then followed that with a ground out to first base, advancing both runners to third and second, respectively.

Would Charleston have another missed inning?

At the time, it seemed like it, but Hunter Hiett, once again, came through when needed. 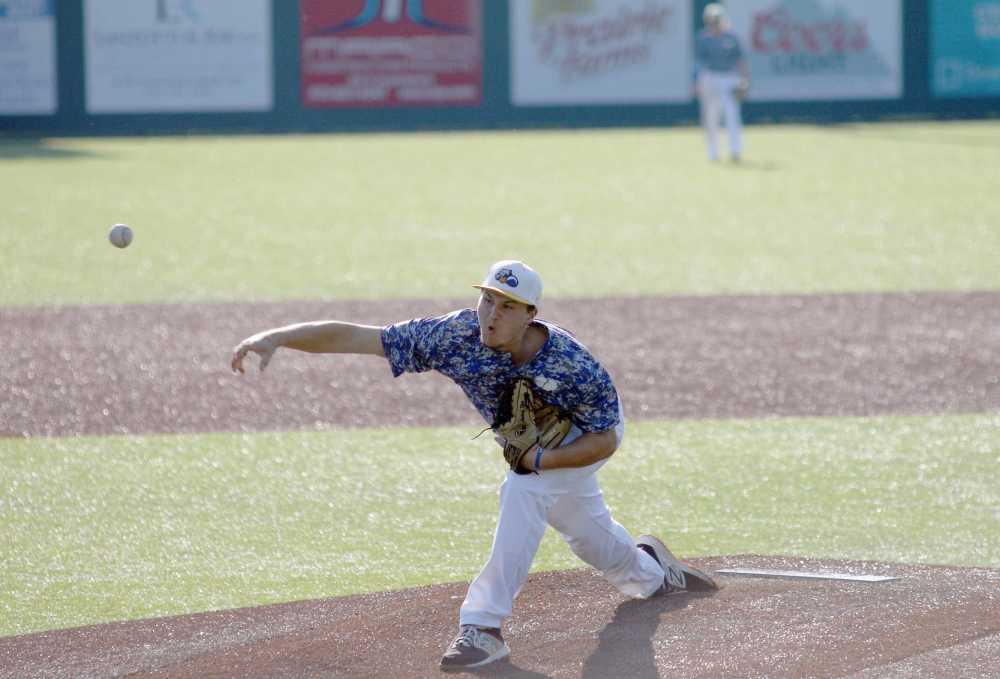 Klein throws perfect game in Fighting Squirrels 11-0 win over the Stix, Howard collects three RBIs in win over Titans; Willingham tosses gem for Southeast Tropics
By Alex Wallner ~ Standard Democrat
CAPE GIRARDEAU, Mo. -- To say it was a strong out by Anthony Klein on the mound Sunday would be an understatement. Klein was perfect for the Charleston Fighting Squirrels as they defeated the Southern Illinois Stix 11-0 in the championship game of the COVID-19 Baseball Showcase, at Capaha Park, in Cape Girardeau...

Hiett scored two runs, on a base hit, to give Charleston a 2-0 lead.

From there, Charleston managed to score in each of the next four innings, highlighted by a six-run fifth frame.

Eftink started the fifth-inning rally after he was hit by a pitch. Then, with Hiett at the plate, Eftink advanced to second base on a wild pitch.

Another single from Hiett would then push Eftink just 90 feet away from home, and then a subsequent walk to Brown loaded the bases for Crosnoe.

Following the base on balls, Eftink would score on another wild pitch to make it 4-2.

Crosnoe would then load the bases again after drawing a walk, and Sager became the third walk of the frame, scoring Lane McLevain — who courtesy ran for Hiett — to make it a three-run game, 5-2.

Jacob Watkins would then add an RBI of his own. He grounded out to the second baseman to score Luke Nichols, another courtesy runner for the Fighting Squirrels, to make it 6-2.

Pitching mistakes by the Outlaws and opportunistic plays by the Fighting Squirrels would continue when Gabe Hurley stepped into the batter’s box.

With Hurley batting, another wild pitch by the Outlaws pitching staff led to Crosnoe scoring, to make it 7-2.

Overall, it was the strongest game on the mound for the Outlaws, outside of Walton — who gave up two hits and zero earned runs over 2 1/3 innings. 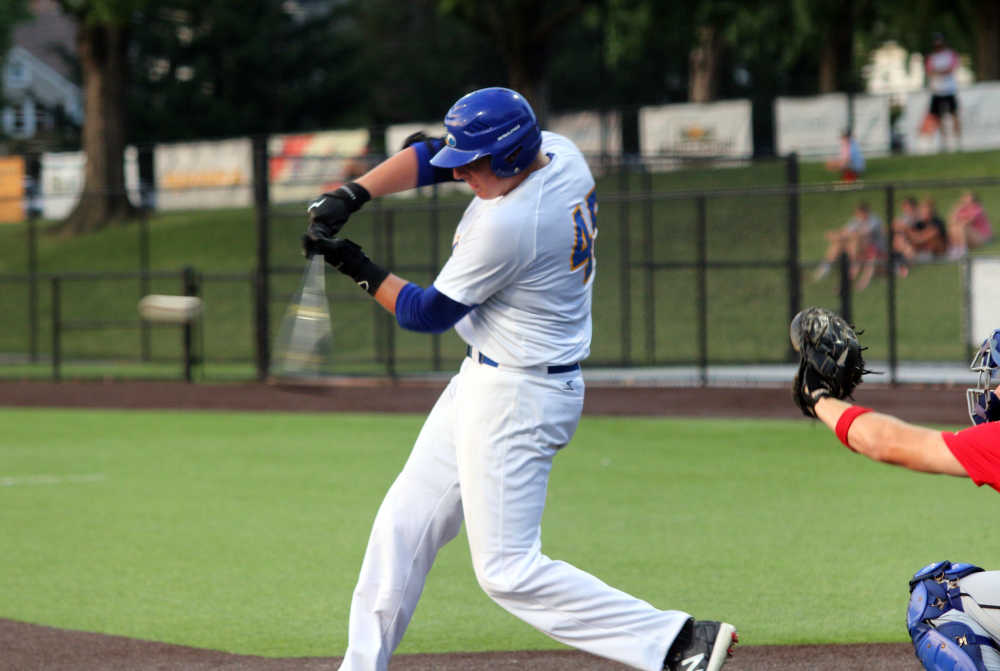 Fifteen-run outburst lifts Fighting Squirrels to win over Tropics
By Alex Wallner ~ Standard Democrat
CAPE GIRARDEAU, Mo. -- What pitching was for the Fighting Squirrels on Thursday night, hitting was for them on Friday afternoon in the second day of the COVID-19 Baseball Showcase. Charleston scored in every inning they played, leading to a 15-4 victory over the Tropics in four innings, at Capaha Park, in Cape Girardeau...

On the mound, Brown pitched four solid innings for Charleston. He gave up three hits and two runs — both unearned — while striking out five and walking one.

Throwing strikes wasn’t a problem for Brown on this day either. Of the 60 pitches he threw, 39 were strikes, good for a 65 percent mark.

“He kept us in the ball game,” Minner said. “He made some big pitches, but he just ran out of gas, because it’s early. We got him through four innings, so it’s nice to see a starter get a chance to get a win because we’ve shown that we got some pretty good arms.” 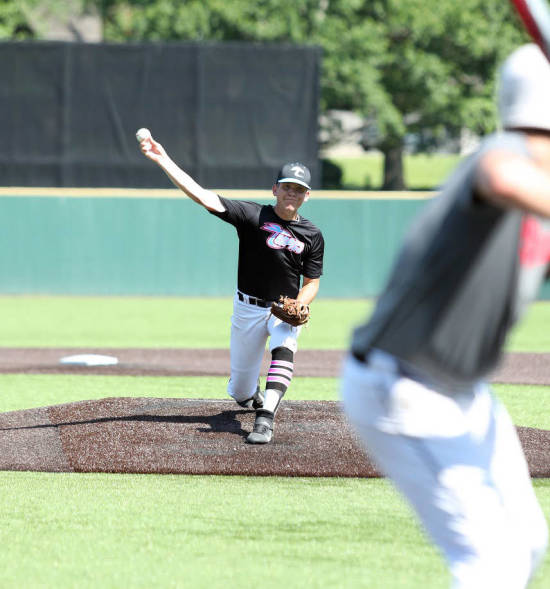 CAPE GIRARDEAU, Mo. — Bryce Morgan made only one mistake through his seven innings of work on Saturday against the Missouri Bulls 18-and-under team.

The Kelly junior and Southeast Tropics third inning was one he would certainly like to have back, as the Tropics fell to the Bulls 3-0, in the COVID-19 Baseball Showcase, at Capaha Park, in Cape Girardeau.

Morgan gave up back-to-back singles to Matt McLean and Kam Dohogne, on just two pitches to start the frame, and on the very next pitch he threw, East Carter’s Dalton Rudd made him pay.

Rudd hit a three-run home run to put the Bulls on the board, at 3-0.

“I didn’t think it was gone,” Bulls head coach Neil Johnson said. “He puts a good hack on the ball. Every time he swings, he swings at 110 percent. He’s a great hitter, and he got a hold of it. A nice, hard line-drive over the wall.”

A pitchers-dual for nearly the entire game, everyone he stepped on the rubber and looked at a sign, showed off their full arsenal and kept the damage to a minimum.

For the Tropics, Morgan gave up nine hits, to go along with the three earned runs. He also struck out six batters and walked zero.

“They batted 10 today, and that’s a deep lineup,” Tropics head coach Dustin Schwartz said. “Bryce kept them off speed. He made one mistake on the mound all day. They hit a three-run shot, and he immediately responded by getting three outs in that inning, and he was a guy who showed me a lot today. He’s a guy that we’re going to keep going to.”

As for the Bulls, from the moment Jack Bell started the game to the last pitch he threw, he never found himself in any trouble.

In his three innings of work, Bell gave up one hit while striking out two and walking two.

“He did very well,” Johnson said. “Breaking stuff wasn’t working his best, but he located that fastball well, kept them off-balance, and when you’re 6-foot-5 and out there on the mound, you have to locate, reach out and throw the ball. That’s what he did.”

Brendan Galleher finished the game for the Bulls, and likewise, had a solid outing.

Over his four innings of work, the Jackson hurler gave up one hit. He did not strike out a batter and issued four walks.