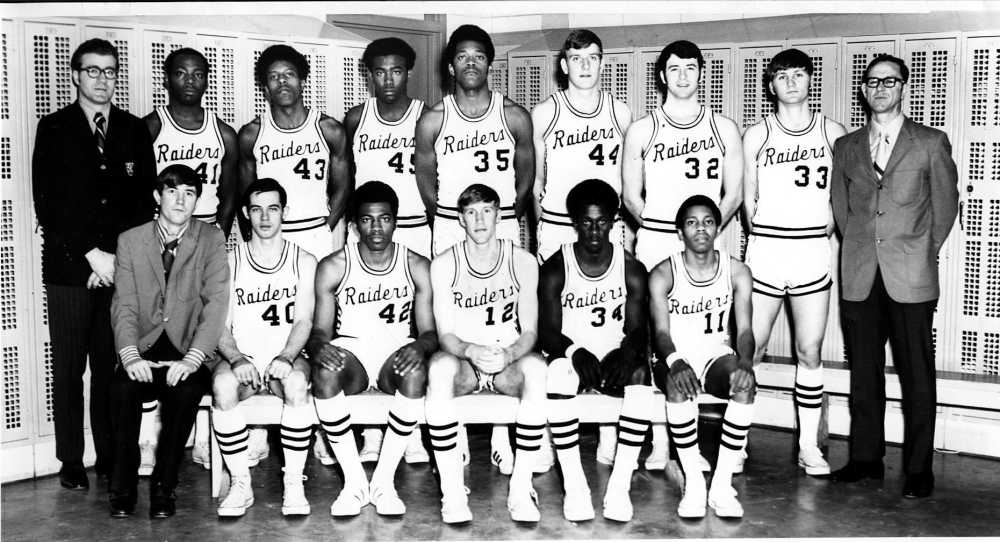 Gene Bess honed his coaching skills at the high school level before he took over the Three Rivers College men’s basketball program.

Before arriving at Three Rivers as an assistant coach, Bess coached high school basketball for 12 years, spending stints with Lesterville, Anniston and most notably Oran. The Oak Ridge High School graduate had a coaching record of 237-95 as a high school coach, including leading Oran to a second-place finish in the MSHSAA Class M state tournament in his final season, 1968-69.

After two years at Lesterville, Bess took over the Anniston team, which he coached for five years and compiled a 62-58 record. His 1962-63 team finished 19-8 and began a stretch of seven straight winning seasons for Bess at the high school level.

“We went from three wins and then five years later we were 28-2 and went to the sub-state,” Bess said. “It really impacted the community and the players. To this day, you run into them and they excelled out in the world, too. They’ve done well in the community and I think there is a carryover.”

Bess’ 1963-64 team was the only boys basketball squad from Anniston to advance to state before the school consolidated with Charleston for the 1964-65 season.

Bess spent the next five years at Oran where he began racking up wins. His teams compiled a 144-17 record and won two district championships. Those were the Eagles’ first trips to the postseason.

Even though Bess’ Oran teams averaged 28 wins a season, 1969 graduate Fred Johnson said the team didn’t envision a trip to the state tournament. Bess wouldn’t allow his team the luxury.

“We were so disciplined. We didn’t have time to think ahead,” Johnson said. “You think about each and every game then you’ve got a few hours to enjoy it. The next day you’re starting back over again.”

Bess’ final high school game was a memorable one that ended in controversy.

The Eagles advanced to the state championship game with a 34-0 record and had dominated the competition all season. Oran was down two points with 12 seconds to play against Dixon, which featured future NBA player John Brown.

Johnson, who had scored 31 points in the game, was fouled. He made the front end of a one-and-one to make the score 75-74 and got the ball for his second free throw, but an official’s whistle denied him the opportunity.

“I thought the official, when he asked me to give him the ball, it was to quiet the crowd,” Johnson told the Southeast Missourian for a 2014 article. He said the crowd was asked to be quiet during free throws at that time. “He said ‘10 seconds.’ Ten seconds? And he said, ‘Dixon’s ball.’ I said, ‘How?’ And he said it again, ‘Dixon’s ball.’

“It was a hurtful thing.”

Dixon made one of two free throws and won the game 76-74.

Johnson and his uncle John followed Bess to Three Rivers, joining Hale and high school teammate Donald Evans on Bess’ first team in 1970-71. Bess assisted Bob Cradic in 1969-70 before taking over the reins the following year.

“I played against his teams when he was at Oran. He was a good coach then, too. He was hard to beat,” Hale said.

“Looking back at our season, I think about Oran playing Sikeston,” Johnson said. “They had a real good ball team. We beat them by 25 points in the Bloomfield tournament. The Poplar Bluff game, we were down by 10 with 6 minutes to go. They had the largest crowd they had in a long time, and we came back and won by six. They had a real good ball club.”

“We had some big ballgames,” Johnson said. “We were ready to play disciplined and were in shape. All of us were trying to please Coach Bess. He never showed that he was satisfied. He kept pushing. We kept going to work. After the last game we played, he acknowledged how proud he was of us.”