Good Sports: Intense Shoemaker with a winning legacy at his alma mater 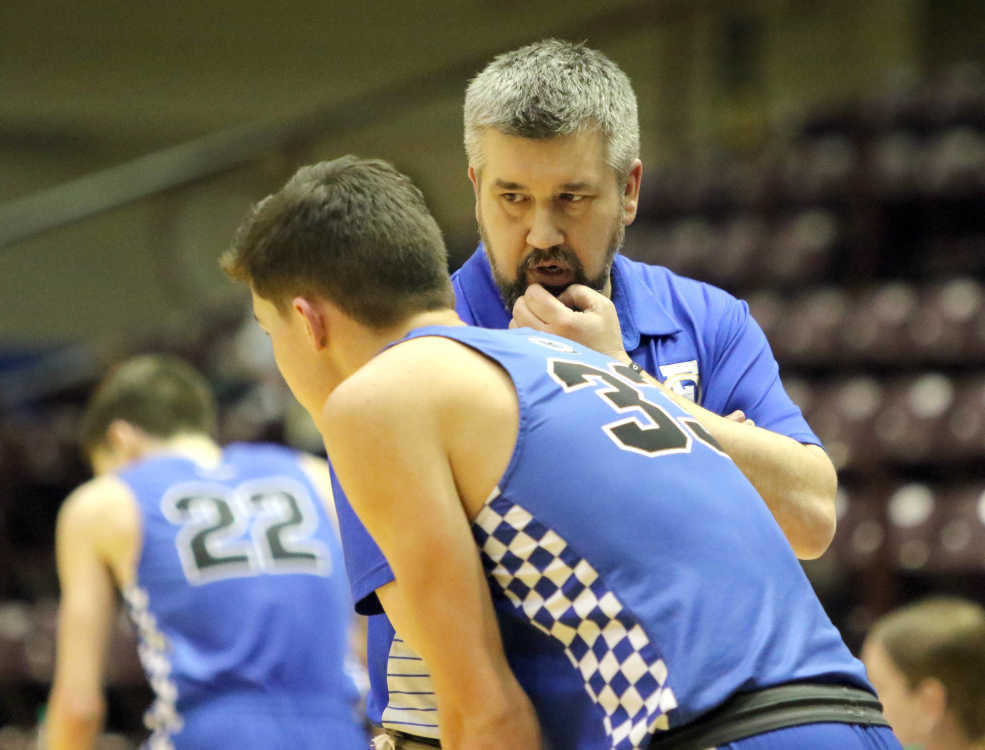 His Oran teams have made the Final Four on four occasions. The Eagles have been district champions seven times and he notched a C2D3 championship with the Hornets once.

A 1993 Oran alumnus, he graduated from Southeast Missouri State in 1998. He is married to high school sweetheart, Theresa, and the couple has three sons. The oldest, Jacob, plays for Three Rivers College and is believed to be the Eagles’ all-time leading scorer and is a three-time All-State selection.

I saw you after a 10-point win at Scott City last December and if I hadn’t known better, I would have thought Oran had been blown out.

I get pretty intense, I’ve been told, yes. I expect my team’s best effort on the court and when it doesn’t happen, I’m not happy.

What drives you crazy as a coach?

Bad attitudes, lack of effort. Also, if we’ve practiced something and (my players) still make an error.

You have been known to yell during games.

Let’s put it this way: I raise my voice so others can hear. (laughs)

I like defense because “D” wins championships. I like up-tempo basketball. We typically spread out the scoring. We’re better when we share the ball. You can have an off night offensively but should never have one on defense.

What do you enjoy most about coaching?

The practices more than the games. There’s no crowd at practice and we can get into the basics. Until I became principal (Christmas 2018), I was a physical education teacher in the district. I got to know these kids from kindergarten on up. 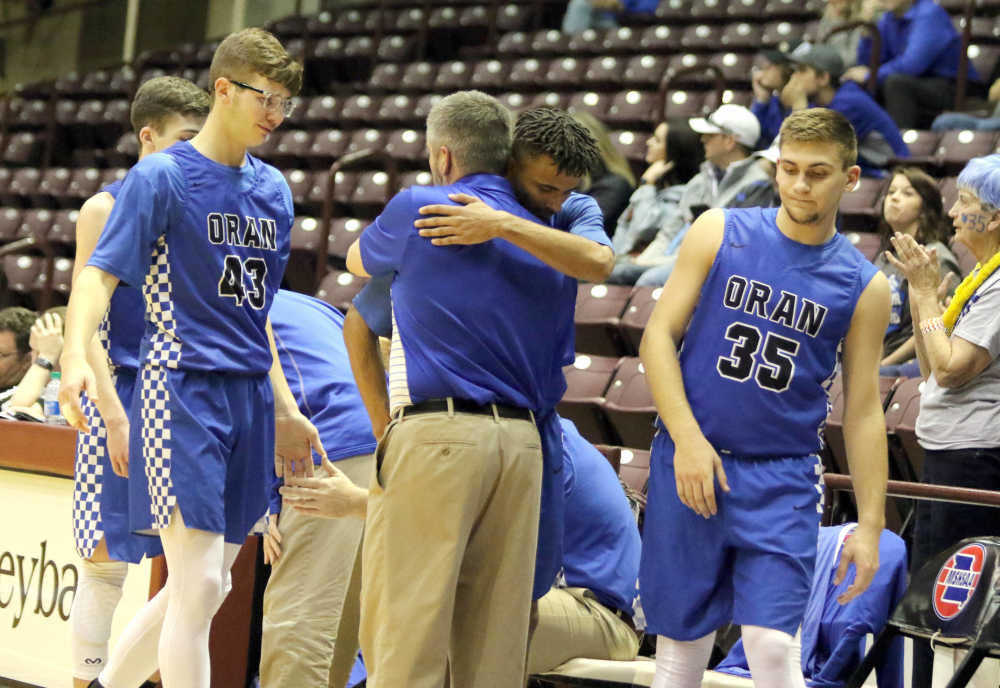 You’ve won over 70 percent of your games in 16 seasons at the helm of two schools. What’s Joe Shoemaker’s special sauce? What makes you a winner?

It’s the buy-in by players, parents and the community. Our kids are unselfish.

You won’t take any credit.

I’m just giving back to a community (Oran) who gave so much to me.

Let’s talk about you as a high school player for the Eagles.

I was a point guard, I was okay, but wasn’t a great shooter.

Do you have any mentors, people whose influence helped mold you as a coach?

I’d start with Hall of Famer Jim Hall, who coached at Advance and Dexter. Detail-oriented and showed me the little things matter. Kent Mangels coached at the elementary level. He and I talk a lot after games. I admire him. Mitch Wood, another HOF guy, at Oran. He coaches baseball but I like his preparation and intensity.

Do you have any advice for someone entering the coaching profession?

Two things. Coach for the love of the game. Also, make sure your family is also committed. My wife comes to all the games, for instance.

What do you think of single-sport specialization in high school?

I don’t like it. I ran track in addition to playing basketball at Oran. If you concentrate on one (sport), you miss out on so much, especially at a small school. You make more lifetime memories if you play multiple sports. Plus, in just one sport, you can overuse certain muscle groups.

You’ve got two more boys in your family to coach at Oran.

Yes, my middle boy, Samuel, is a rising junior and I’m already coaching him. My youngest, Elijah, will be a freshman in the fall.

What can basketball instill in a young person?

Discipline, first. Also, the game will show you the hours you need to devote to be successful. You won’t always win or play well. There will be disappointments in the game and in life. Not everything will go your way. The game can teach you how to handle defeat and be humble in victory.

COVID shut your team down in the playoffs. What’s your thought about starting back up?

Our district isn’t allowing us to do anything with our athletes yet and usually we do a lot in the summer. I’m no health expert but the safety of the kids must come first. My players tell me it will be a lot different for them if there is no crowd, if that’s what happens. Once the game starts, as a coach, the crowd doesn’t impact me much.

More from this columnist · Jeff Long
Comments
View 4 comments
Note: The nature of the Internet makes it impractical for our staff to review every comment. Please note that those who post comments on this website may do so using a screen name, which may or may not reflect a website user's actual name. Readers should be careful not to assign comments to real people who may have names similar to screen names. Refrain from obscenity in your comments, and to keep discussions civil, don't say anything in a way your grandmother would be ashamed to read.
Respond to this story