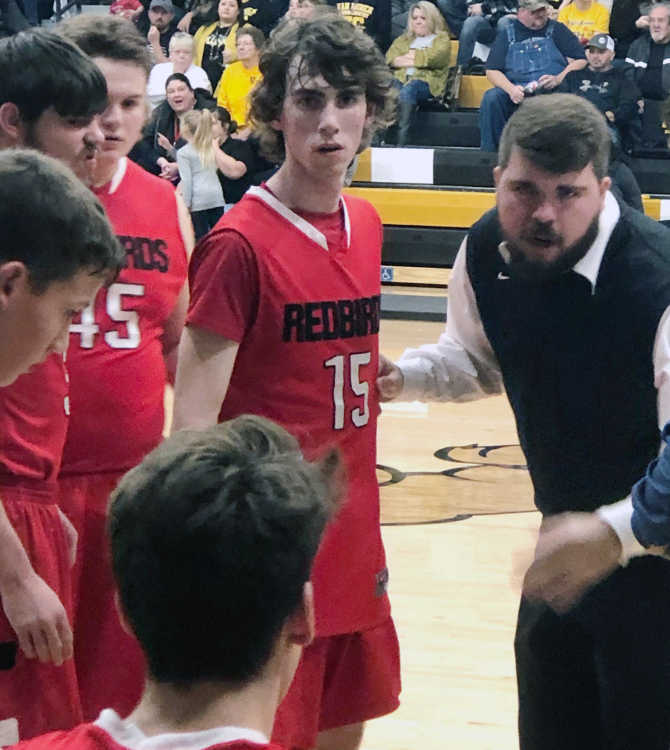 Penn will have the opportunity to make more memories at Senath-Hornersville in the near future.

“It’s a dream come true,” Penn said. “I’m excited to get back in the Bootheel Conference. I was born and raised in that area. Basketball is always very competitive in the Bootheel.

"We are going to have to get our players in the weight room and get to work so we can matchup with the teams in our conference that play football,” Penn added. “But I think the kids at Senath-Hornersville are really tough and they are ready to get after it.”

“Coaching has been a family tradition I’m looking to continue,” Kurt said.

Kurt has served as the assistant boys basketball coach at East Carter County in Ellsinore, Missouri, under his brother Jordan since 2017. East Carter County won the Clarkton Tournament and Ozark Foothills Conference Tournament in the 2019-20 season as it compiled its best record in over a decade at the varsity level at 18-9.

“It was a great year at East Carter,” Kurt said. “We had to rebuild the program in recent years. The kids really bought into what me and my brother were saying. This year many felt our squad outdid themselves winning two tournaments. That winning success hasn’t existed for some time at East Carter so it was great to get back to that.”

Penn takes over for Corbin Clark who accepted the job as the new varsity boys basketball at nearby rival Kennett last month after a five-year stint at Senath-Hornersville.

“They have an all-conference player in Parker Rhew coming back who is their leader at point guard,” Penn said. "They also return Knolan Hunter who is a big man that is an aggressive player that likes to get to the rim. The sixth man - Jesus Luna - who is a big man down low that knows how to take charges is also returning. You also have an up-and-coming sophomore - Jax Lane - who is ready to take the next step and become a starter and really show out at the varsity level.”

Penn hopes to adapt an up-tempo style of play with the current squad.

“I’ve watched a lot of film on this group trying to wrap my head around what style to implement with them,” he said. “I’d really like to see them push the ball up and down the floor. I think we’ve got some speed with Jax and Parker plus Knolan for his size is very fast and aggressive. I think pushing the ball down the floor should work well with the type of players we will have on the court.”

Penn majored in education at Arkansas State University in nearby Jonesboro, Arkansas. He will serve as the boys basketball coach and teach physical education at Senath-Hornersville. He also plans on serving as the high school golf coach if there are enough golfers out to have a team next spring.

“I’d like to thank the administration and school board at Senath-Hornersville for giving me this opportunity to live my dream,” he said. “They won’t find a more hard-working person than me. I’m ready to put in the time it takes. I also want to thank East Carter’s administration and school board. I loved my time at East Carter and got to do some great things coaching with my brother. But I’ve had a dream of being a head coach and it’s an honor to receive that opportunity at Senath-Hornersville.”