Get ready to 'dive into' the summer at Cape Splash 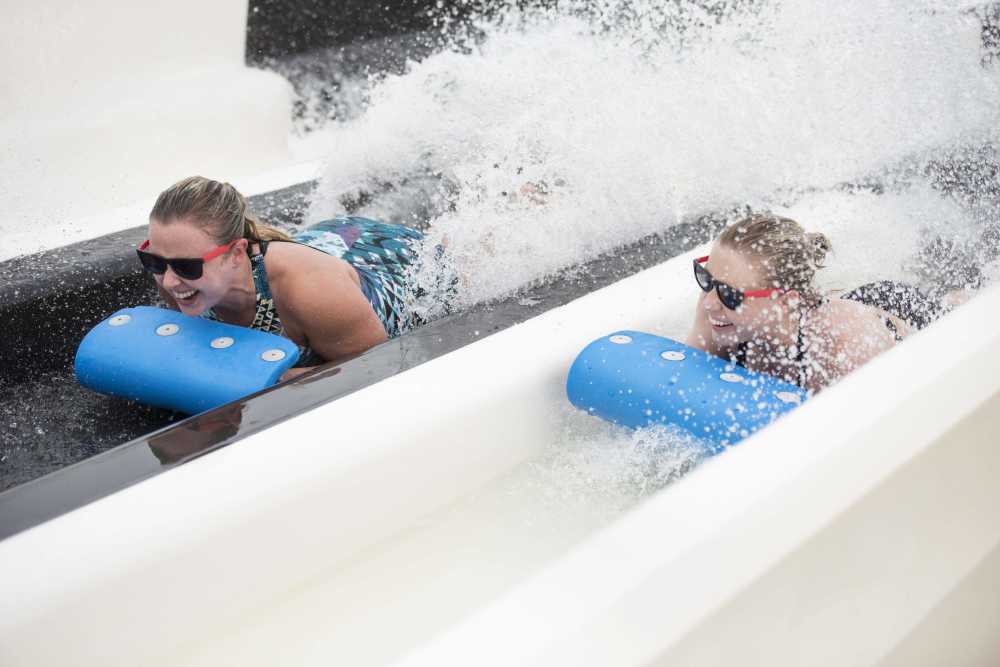 Memorial Day traditionally kicks off the summer for everyone across this country and for many that means heading to the local water park for some fun.

The coronavirus pandemic has delayed that opportunity for the people of Southeast Missouri, but fear not, the fun will soon get underway.

The Cape Splash Family Aquatic Center will open on a limited basis Monday before offering its regular schedule on June 8.

“The first week we are starting with just some limited programming that we have done in the past,” Cape Girardeau Aquatic Supervisor Robert Shanahan said. “We’ll take a break that weekend (June 6 and 7) so that we can train some of our staff and then we’ll start back up (June 8) opening for the general public.”

The River Walking ($4 daily) will be limited to 100 participants, while 30 children (under the age of 10) will be allowed in for the Preschool Playtime program ($3 daily).

Steps will be taken to ensure the safety for all who are enjoying the beautiful facility, according to Shanahan.

“We’ve been on weekly conference calls with a lot of municipalities throughout the state,” Shanahan explained. “Generally getting an idea on how they are going about it. We’ve bounced a lot of ideas off each other to be prepared when we did open.”

The facility will be limited to 500 people, plus season pass holders, which is half of its normal capacity, and will offer two sessions daily, with a period of sanitation being conducted in between the two sessions.

The first session will run from 11 a.m. to 2 p.m. before shutting down for an hour of cleaning. The facility will reopen from 3 to 6 p.m.

The facility staff will enforce social distancing (six feet) between attendees and will be sanitizing the facility throughout the day, not just during the closed hour.

There will be a “one-way” entrance and exit lanes with season pass holders able to scan themselves in.

Slide wristbands will still be issued and parents will be responsible for those.

“It’s been different,” Shanahan said of his planning for his second season in this position. “There have been a lot of factors that have gone into it.”

The facility staff will also disinfect the locker room keys and lockers after each use. The admission cost is $7 per person (children 12 months or younger are free), while season passes are available at $65 (children 13 and under, and seniors 60 and up) and $75 (adults).

The Cape Girardeau Parks Department web site has a section under its Aquatics page of frequently asked questions to shed more light on what the public needs to know before “diving into” this summer swim season at https://www.cityofcapegirardeau.org/departments/parks/aquatics.

The City plans on opening Central Municipal Pool June 15 at half capacity.