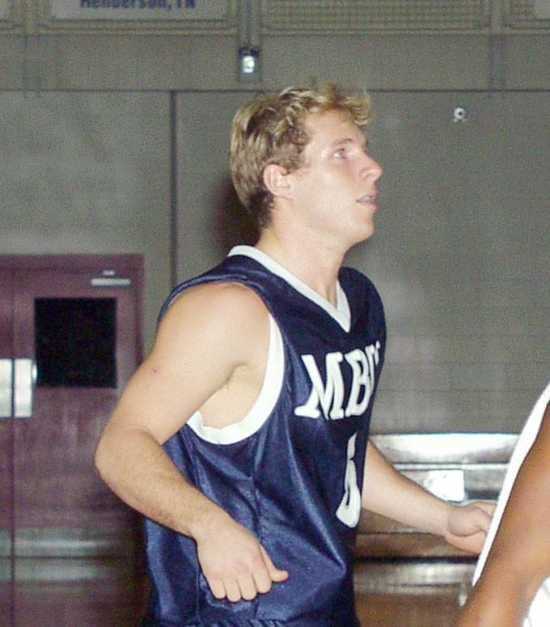 Country music singer Noll Billings was dribbling a basketball before he ever considered carrying a tune in Nashville. 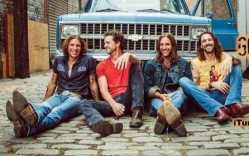 “The first love I ever had in life was basketball,” he said. “I was pounding a basketball as a little kid and watching Hoop Dreams and Hoosiers. My whole life I’ve always had a love for basketball and I was fortunate enough to have a lot of success playing it.” 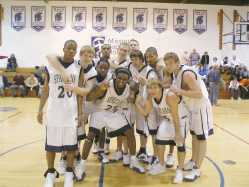 After about a decade in the music industry Billings is returning home to teach his first love to the students at his alma mater. 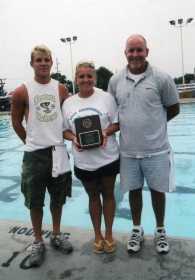 Billings was hired as the new assistant varsity boys coach at Kennett earlier this month. 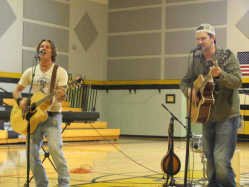 FILE PHOTO
The duo of Noll Billings, left, and Rob Blackledge, right, performs before the student body of the Kennett Middle School. The concert was given in an effort to reward students for their hard work during the year.

“I couldn’t be more blessed to be back and be a part of Kennett athletics again,” Billings said. “I think we’ve got a good crop of kids coming back. We want to get everyone excited about basketball, get our numbers up, win some games, and hang some banners.” 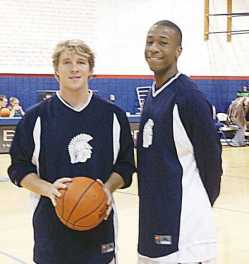 Billings has enjoyed success on the court in the past. 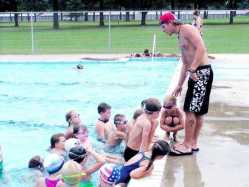 The 2001 Kennett graduate was a three-year varsity starter on the basketball squad at the high school level under head coach Tim Turlington. 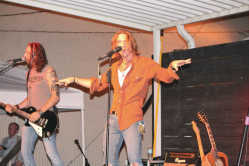 “We had some great teams here when I was in high school,” he said. “We won the Bootheel Conference and we were very competitive in the SEMO Conference.” 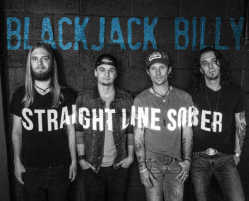 Billings approached a MSHSAA state record for most 3-pointers made in a quarter in a game he played at the Bloomfield Christmas Tournament. 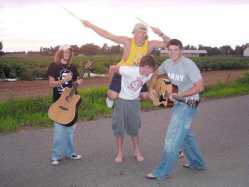 “I hit six 3-pointers in the first quarter of a game,” he said. “I believe Jon Beck of Scott City holds the state record with seven.” 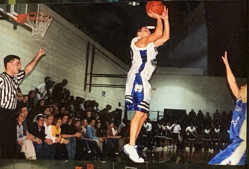 Billings was also renowned for his ball-handling skills as a point guard.

“I was fortunate enough to get invited to a blue chip high school all-american camp,” he said. “I was awarded best ball-handler out of about 1,600 kids at it.”

After high school Billings played basketball at Missouri Baptist University in St. Louis, Missouri. He was a varsity starter for three years and a team captain for two years at the four-year college.

“I was fortunate enough to get a full-ride basketball scholarship to Missouri Baptist,” he said. “I was academic all-conference, starting point guard for three years, and team captain for two years.”

After his playing days ended Billings served as an assistant men’s basketball coach at Missouri Baptist under Tony Tompkins from 2006 to 2008.

“I was even more blessed to go back there and serve as an assistant coach,” he said. “Basketball has just always been in my blood.”

Billings left coaching in 2009 and moved to Nashville to pursue a record deal in the music industry.

In 2012 Billings became one of the founding members of the country rock group Blackjack Billy. The group produced multiple hits, including their debut single “The Booze Cruise” in March 2013.

“I received the opportunity to sign a record deal in Nashville, Tennessee,” Billings said. “I moved to Nashville with a couple bucks and a dream. I was writing and recording songs on my own as a solo artist. Then I met a producer and guitar player named Jeff Coplan. We decided to write some songs together. We really jived and decided to try to put a band together and that led to the birth of Blackjack Billy. I’ve been blessed to have the opportunity to perform and see the world over the last decade.”

Returning to the bench to coach was always in the plans, however.

“Always in the back of my mind I felt l would return to coaching someday,” he said. “I got an opportunity to get back in it this year and I’m excited about the opportunity. I got to meet the coaching staff for the first time Wednesday. I’m fired up and ready to go and Coach Clark seems like he is fired up ready to go.”

Billings elected to return to Kennett about two months ago when the COVID-19 pandemic began to have a significant impact on the nation.

“It has definitely been a scary time and also a strange time,” he said. “But it has also been a very good time for me selfishly because I’ve been able to use this down time to catch up with friends and family. I’ve tried to use it to my advantage to get back home, settle in, and take a deep breath.

Billings said he does not plan on returning to the stage in the near future.

“I’m 1,000 percent committed to coaching and teaching at Kennett moving forward,” he said. “There were still some things we were going to participate in over the summer but with the pandemic all of that will be cancelled anyways.”

Billings will serve as an assistant coach under new head coach Corbin Clark who is taking over for Andrew Halford who is relocating to Florida.

"I am extremely excited to have Coach Billings as part of our basketball staff," Clark said. "He is a Kennett alumn who I know will be a great resource to myself and our program. One of the things that jumps out to me about Coach Billings is his energy. Consistent energy and enthusiasm in your program is contagious, and is something I believe every coaching staff and team needs if you are going to maximize your potential. I believe he is a great addition to our staff, and I am thrilled to have him on board this year.”

“I’m excited about that,” he said. “Misty was a teacher of mine and one of my favorite human beings on the planet.”

Billings, who was a competitive swimmer for 14 years, also plans on serving as an assistant swimming coach at Kennett this summer.

“I was on the swim team since I was four-years-old,” he said. “I absolutely loved it. I swam for Malinda Harris and then I received an opportunity to coach with her and Coach Carr for a number of years before leaving to do the music thing. I made some of the best memories of my childhood swimming and I’m looking forward to getting back out there and having some fun this summer. I think it’s great for the community and great for the kids and it should create a lot of good momentum going into the school year." 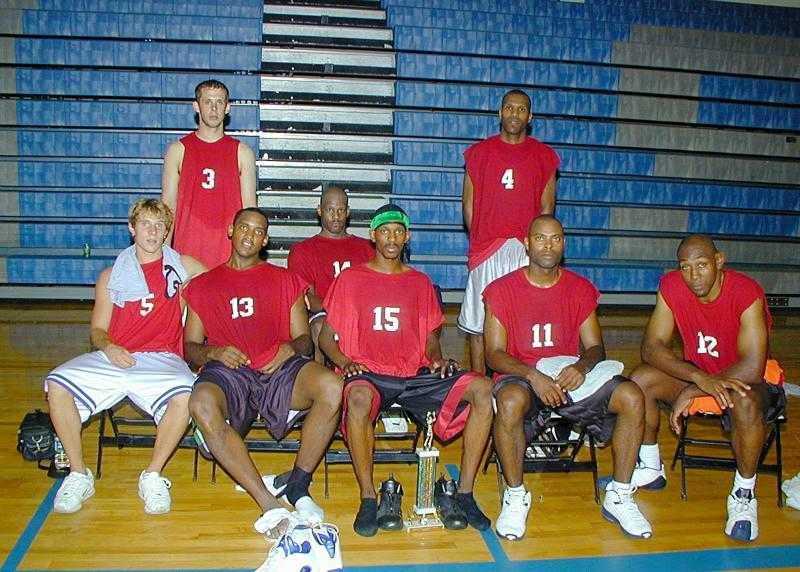