Always positive: Perryville's Courtney Wright is 2019-20 Runner of the Year 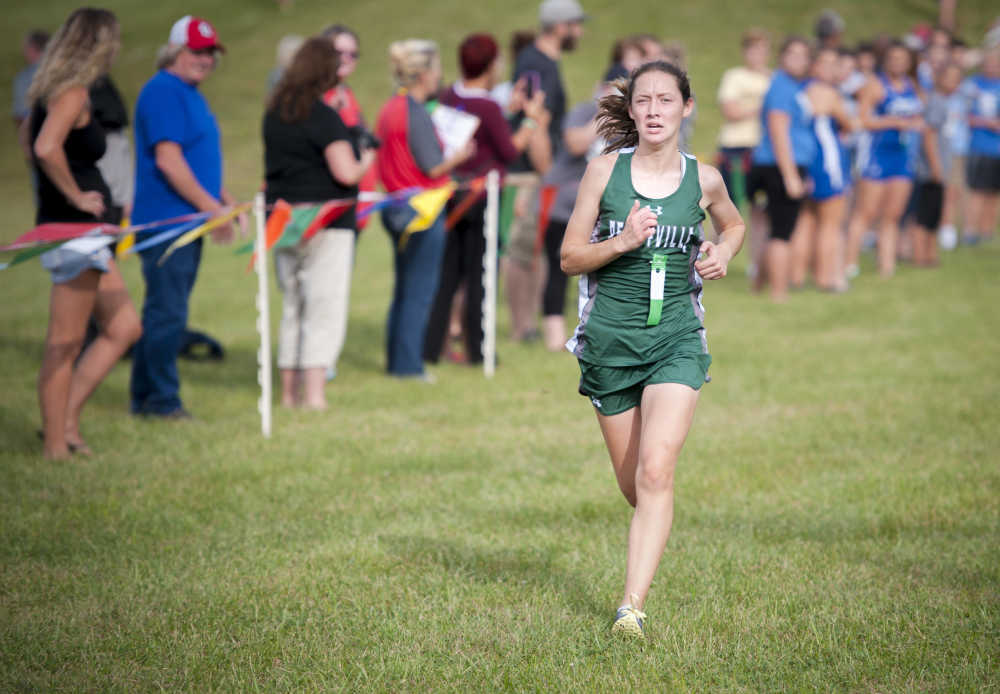 With the 2020 spring sports season getting canceled due to the coronavirus pandemic, it is difficult for any high school athlete to remain positive these days. However, Perryville cross country coach Shadrick Shafer explained that task isn’t as hard for junior runner Courtney Wright as it once was.

“Courtney has become a master of only allowing positive thoughts to resonate in her head,” Shafer said. “That self-doubt that she used to have, she has the ability to almost banish that when it comes to race day.”

Wright has raced to the forefront of the best high school runners in Missouri and really made strides over last season.

“Her thoughts are only positive,” Shafer said. “You will hear her make these ‘I can and I will’ statements. She has really taken that to heart.”

Shafer teaches a philosophy of eliminating “head trash” on race days, which calls for his runners to discipline themselves in their mindsets.

“When it comes to cross country,” Shafer said, “it is not purely a physical battle, it’s a mental battle. From the morning of a race until you hit the finish line, no negativity can come from your mouth.”

Wright has grown in that regard and now has a degree of confidence that matches what Shafer felt in his runner all along.

No athlete trained harder in preparation for the races than the younger Wright had and Shafer preached to her that work would pay off.

“once she developed to trust her training,” Shafer said, “and the work she had put into it, honestly, it became a ‘Sky is the limit’ thing.”

Wright hadn’t broken 20:00 at all last season before the state finals and all of that work – which began in the winter months preceding the autumn competition season – was put on full display.

Through this spring, despite the lack of a track season, Wright has been logging miles. She is now reaching her final season (summer workouts begin June 16 at 7 a.m.) and Shafer expects to see her already strong leadership reach new heights as the veteran of the team.

“She is all positive, all smiles, all the time,” Shafer said. “In practice, you will never hear Courtney complain about a workout, about mileage, about the hills, it doesn’t matter.

“She leads by example, but it is also commonplace to hear her talking with the other runners. She will talk to them about managing ‘head trash.’ She is there for support in those less glamorous parts of cross country.”

Other members of the 2019 Southeast Missourian Girl’s Cross Country Team include:

The sophomore hung with her Indian teammate stride-for-stride and placed 77th in the 2019 MSHSAA Class 2 State Finals with a time of 22:03.1.