Catching up with Carr Vernon — 'All I can do right now is practice, get stronger and try to progress for next year' 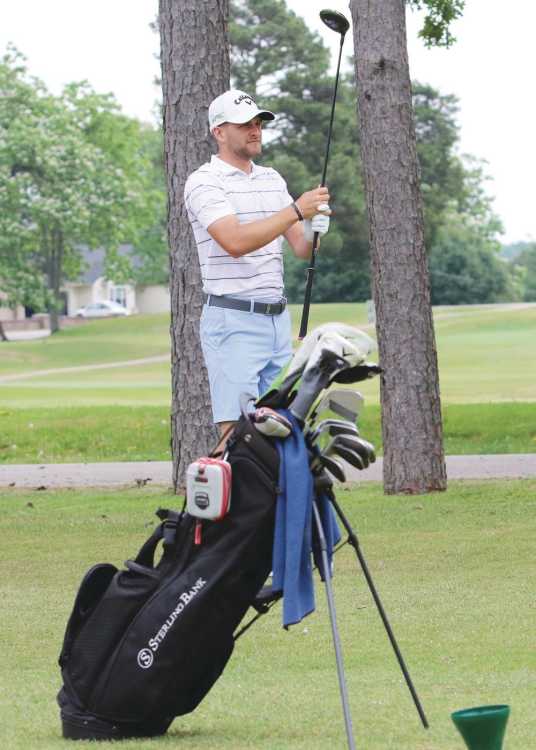 Carr Vernon sets up for his tee shot on the first hole at Westwood Hills Country Club on Friday, May 22, 2020, a day after he recorded a hole-in-one on the par-4 hole at the Poplar Bluff, Mo. course.
DAR/Brian Rosener
Order this photo

POPLAR BLUFF — Carr Vernon is playing pain-free golf this year and that may be better than any hole-in-one on the scorecard.

The Poplar Bluff golfer had surgery in December on his left wrist after playing with pain over the past three summers playing professionally.

“I thought it was a good time to have surgery this past winter,” Vernon said. “I’m not missing a whole lot with the coronavirus they’ve canceled a lot.”

The Mackenzie Tour/PGA Tour of Canada has postponed all events through August while qualifying tournaments for the U.S. Open and professional tours have been canceled.

“All I can do right now is practice, get stronger and try to progress for next year,” Vernon said.

It was during one of those practice rounds that Vernon recorded the first known hole-in-one on the par-4 first hole at Westwood Hills Country Club.

“What’s funny is I was talking to my swing coach on the phone (before the round), and we were discussing what I needed to do with the driver swing to make it more consistent,” Vernon said.

“So I worked on that a little bit before the round and then on my first drives on the course, I made it.”

Vernon said he sent a text saying “we’re on the right track.”

He said his second drive on the par-5 second hole was better than he expected.

“I needed some time to calm down,” Vernon said.

His previous hole-in-one came during a tournament in Victoria, Canada.

During the third round, Vernon aced the par-3 14th after consecutive birdies. He finished the round at 5-under 65 to tie for 18th.

“I knew I hit a good shot,” Vernon said.

But there was no response from people standing near the green and he didn’t see the ball go into the hole because of a shadow. He said while the other players in his group were hitting their tee shots he was looking for the ball with his rangefinder and thought it may have rolled down a slope near the green.

Vernon also said he had a hole-in-one in college on the team’s home course and another as a teenager on No. 16 at Westwood Hills.

The 26-year-old turned pro in 2016 following an amateur career that featured two appearances in the U.S. Amateur where he reached the Round of 32 in match play, winning the Missouri Stroke Play championship and earning state player-of-the year honors, earning a spot on the Palmer Cup and All-American honors in college.

He earned his first professional check tying for sixth at the Irvin Cobb Golf Championships in July 2016 and played in his first qualifying tournament for the Web.com Tour.

Playing on the Mackenzie Tour in Canada the next year, Vernon made two cuts in nine events and finished 144th in the season rankings. He decided to take that winter off to rest his wrist but the pain returned.

“It just got worse throughout the year and then to the point where I couldn’t play as well as I needed to, which probably was last couple of years,” Vernon said.

Still, Vernon was able to earn a pair of top-25 finishes and made the cut in eight of his 11 tournaments. He ended the 2019 season ranked 67th in earnings and 71st in scoring average.

His best finish came at the Bayview Plance DCBank Open where he shot 6-under, including that hole-in-one, to tie for 18th. Vernon also finished tied for 23rd with a 14-under score at the Osprey Valley Open.

“The second year I felt a lot more comfortable with the idea of being up there and traveling and playing tournaments,” Vernon said. “It’s a different experience. You’ve got to learn to travel each week, you’re gone most of the summer traveling from tournament to tournament.”

Vernon came back to Poplar Bluff during off weeks to practice but said the biggest adjustment was learning how to practice on the road.

“When I first got up there I probably wasn’t so good at practicing on the road,” he said. “I’ll just play my rounds and be done for the day, but you have to still practice the way you would here.”