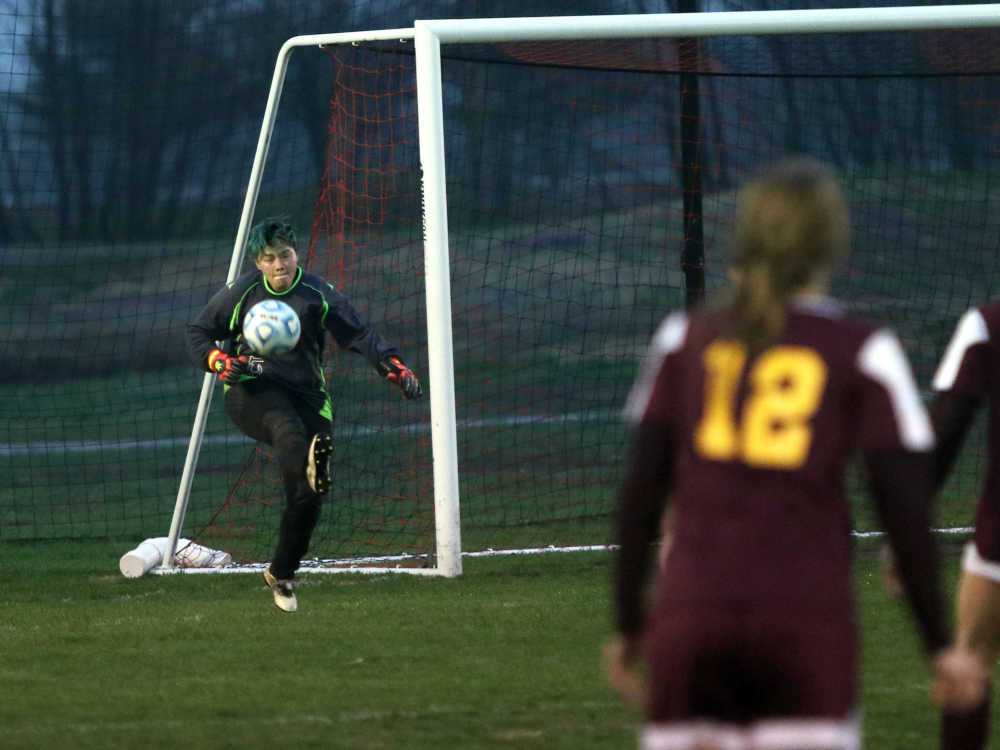 With the cancellation of spring athletics for the 2020 season, seniors in the Standard-Democrat coverage area cannot have final moments with their teammates.

Below is the 11th part of a series of stories on recognizing senior athletes, where they are going next, what they loved most about playing their respective sport at their school, and more.

The series continues with the Kelly girls’ soccer team. The Hawks had seven seniors on the roster.

“This year’s senior class will be missed,” Kelly head coach Ethan Groshong said. “We wish the best of luck in their future endeavors.” 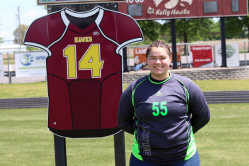 Other sports, activities, and clubs… Played on the football team, the girls’ basketball team, the track, and field team, and participated in cheerleading; FTA, FBLA

Plans after high school… Attending Mineral Area College in Park Hills, Mo., and has an undecided major, but is attempting to become either a tattoo artist or become an Ultimate Fighting Championship (UFC) fighter. She is also playing on the soccer team.

Advice for underclassmen… “Prove people wrong. Whenever they tell you that you can’t do something, prove them wrong. An underdog story. Nothing is better than an underdog story.”

Favorite soccer memory… “We were playing at Mountain View last year, and we’re like 3-1, and they were winning. This girl comes in, and I have this drill I do as a breakaway. It’s where I dive at the feet — it’s legal — and when I went to dive at the girl’s feet, I had the ball in possession, the ball moved a little bit, and she went to kick at the same time, and she kicked me in the eye and left me with a black eye for a good couple of weeks. Three days after that day happened, I had a track meet photo.”

What got you interested in soccer… “A lot of friends told me about it because freshman year, I was playing basketball and I wanted to try it out, and they were like, ‘We need goalies,’ and I was interested in the sport and so I tried out sophomore year.” 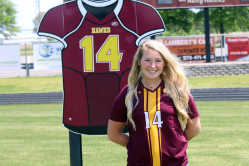 Advice for underclassmen… “Always cherish every moment. I know that sometimes things get tough, but anything can happen at any moment, and you’ll always miss those moments.”

Favorite soccer memory… “It would probably be winning our first game against Anna Jonesboro last year.”

What got you interested in soccer… “At first, I didn’t plan on playing soccer. I was kind of iffy about it, but I just gave it a shot because I never played until my freshman year. The girls kept asking me, and eventually, it just really hooked because it’s more of a family thing than a sport.” 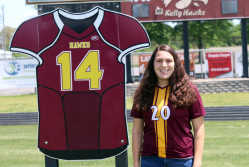 Advice for underclassmen… “Do new things. Don’t be afraid because before you know, it will be over.” 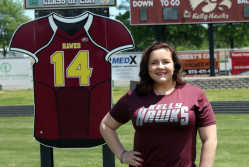 Advice for underclassmen… “Don’t take anything for granted and just roll with the punches.”

Favorite soccer memory… “When we played in the snow. It was a really rough game, but it was a ton of fun.”

What got you interested in soccer… “I’m not really good with hand coordination, so it was something that just involves feet and just the whole sport, in itself, when I first started getting into soccer; it sort of clicked for me when no other sports did.” 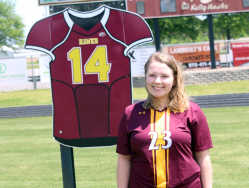 Advice for underclassmen… “Go for it. Don’t let anybody hold you back, and the upperclassmen aren’t as bad as you think they are.”

Favorite soccer memory… “When they threw me in as a goalie at Notre Dame for a varsity game, and I had no idea what I was doing.”

What got you interested in soccer… “My sister, she’s young than me, wanted to go out for it, and I was positive that I was going to beat her, so I guess just sibling rivalry.”

Other sports, activities, and clubs… Played on the girls’ basketball team; Beta Club

Advice for underclassmen… “My advice is to make your high school years count.”

What got you interested in soccer… “My classmates convinced me to play soccer, and I ended up having a really good time.”

Advice for underclassmen… “Focus on the things most important to you. Don’t let other people distract you from the things you enjoy doing the most or stray you away from them. Be the best you can, and work your absolute best.”

What got you interested in soccer… “This was my first year going to Kelly High School. I wasn’t excited about moving here because it was my senior year, and I was leaving my friends behind. The one thing that I was excited about going to Kelly High School was the girls' soccer team. This was my first time joining a high school soccer team because my other school didn’t have a soccer team. My dad was the one who got me interested in playing soccer. I played with his team for indoor soccer and started enjoying playing it more.”