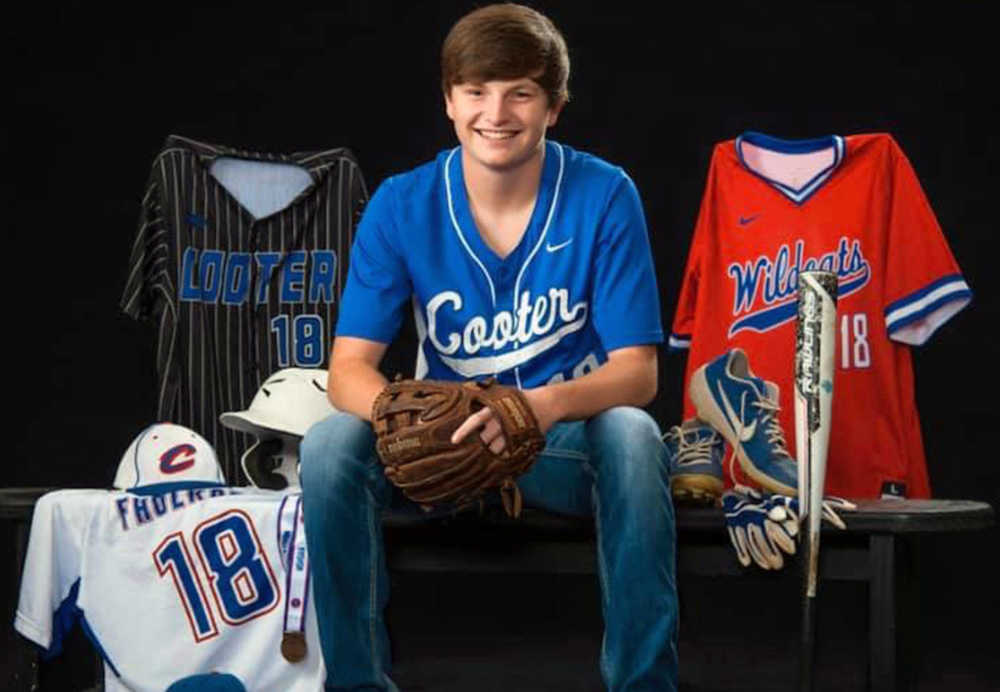 Cooter senior Jake Faulkner had an academic-first thought process when he decided to attend Mississippi State University in Starkville, Mississippi.

“Mississippi State is one of the Top 5 engineering schools in the nation and when I went for a tour it felt like a place I wanted to call home for few years,” Faulkner said. “It has a great student environment with lots of things to do inside and outside of classroom.”

When Cooter baseball coach David Mathis learned Faulkner was attending Mississippi State he encouraged him to apply to be a team manager for the SEC baseball talent.

“Coach Mathis really helped out a lot,” Faulkner said. “He helped me apply for an interview. Then after that they called and interviewed me and I had to go through a few more steps to get the job.”

“That’s a big time achievement for him,” Mathis said. “Only a few students get that opportunity each year. We encouraged him to apply and they immediately called him and wanted him on staff. That will be an awesome experience for him.”

Faulkner said he will have the opportunity to assist with practices, transport equipment, and travel to some road games as a team manager.

“I’ve always had a passion for baseball my entire life,” he said. “I didn’t get an opportunity to go play in college so getting this job will still allow me to connect with baseball even though I won’t be playing. It will still keep me around the game and the fact Mississippi State plays in the SEC makes it even more special.”

Faulkner has been playing baseball in the Bootheel for over a decade.

“I started playing baseball when I was five or six-years-old,” he said. “I played with several travel teams out of Blytheville and Caruthersville before playing high school at Cooter. When I got to Cooter it was just a great experience. Coach Mathis has always been there to help us be better people on and off the field.”

Last season he had the opportunity to be the starting second baseman at Cooter.

“I didn’t really get to play much the first two years of high school because I had an all-state player, Christian Gunnels, in front of me at second base,” Faulkner said. “But when he graduated I was able to step up and take his spot my junior season.”

“Playing in the final four last season was one of the most amazing things I’ve ever done,” he said. “We worked as hard as we could the entire season to get to that point. When we got to state the environment was amazing.”

Cooter was favored to make a deep playoff run again this spring after losing just one game in its fall campaign and winning the Tri-County Conference Tournament for a seventh straight season. But the spring season never got underway in Missouri due to the COVID-19 pandemic.

“We were ranked No. 2 in the state in the preseason state rankings,” Faulkner said. “There were big hopes for us. Our coach said, ‘We were favorites to win the state title this year and we would probably have come home with it.’”

While Cooter did not secure an athletic state title they still found a way to receive a team award at the state level. Cooter made the Missouri State Baseball Coaches Association Team Academic All-State Team earlier this month. The Cooter squad posted the highest team GPA in Class 1 - 3.73.

“That was a great honor,” Faulkner said. “We not only work hard on the field but we also put in a great deal of effort and work in the classroom. Our teachers and coaches always push us to be good in the classroom and do our best no matter what. We are like a big family that helps each other out.”

Faulkner, who plans on pursuing an engineering degree, says math has always been his forte in the classroom.

“I’ve always been a numbers person growing up,” he said. “Math has always been my best and favorite subject.”

Faulkner hopes to return to the baseball diamond wearing a Cooter uniform a few more times if baseball resumes in June.

“I’ve continued to lift weights and workout so I will be ready to play summer ball,” he said.

Faulkner is also looking forward to giving the valedictorian speech at his high school graduation at Cooter on June 4.