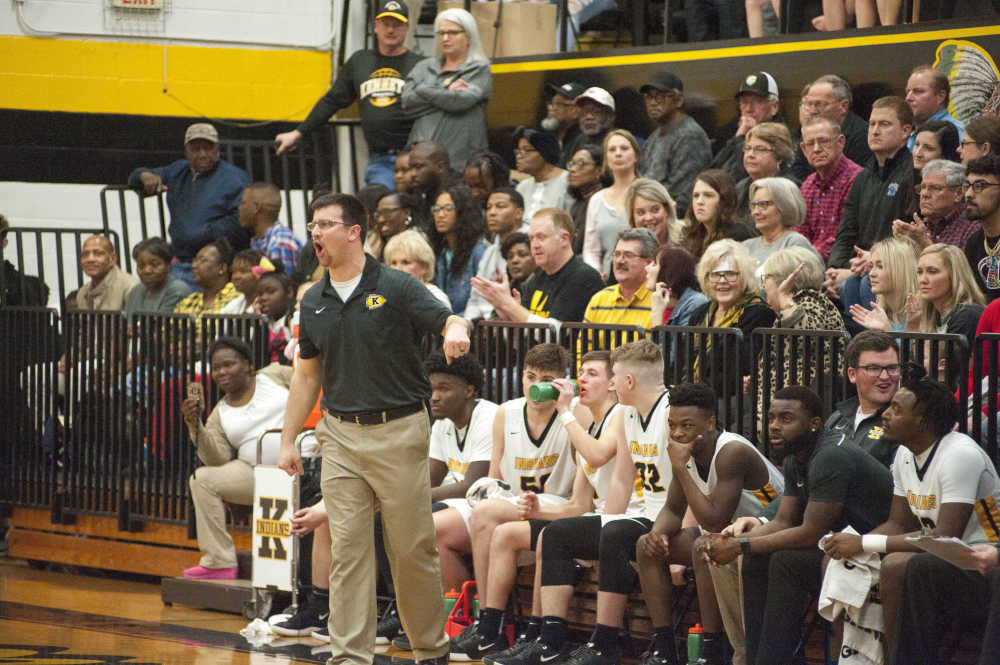 Kennett boy's basketball coach Andrew Halford gives instructions to his team this past season at Kennett in a game against Charleston.
Tom Davis ~ Tdavis@semoball.com

The Kennett Indians will have a new varsity boys basketball coach next school year.

The Kennett Board of Education accepted the resignation of varsity boys basketball coach Andrew Halford at Tuesday’s regularly scheduled meeting.

“It was a very hard decision to make because the kids I had a chance to work with and be around at Kennett were great, hard-working kids,” Halford said. “The administration was also great. It wasn’t an easy decision to make but it was a move we wanted to make as a family. It was a difficult decision, but at the same time it was just something we wanted to do.”

Halford served as varsity boys basketball coach at Kennett for two seasons. Kennett finished 13-13 in the 2018-19 season before enjoying its winningest season in over a decade in its 2019-20 campaign when it went 20-8.

Kennett advanced to the semifinals of the SEMO Conference Tournament and finished 4-4 in regular-season conference play in the 2019-20 season. 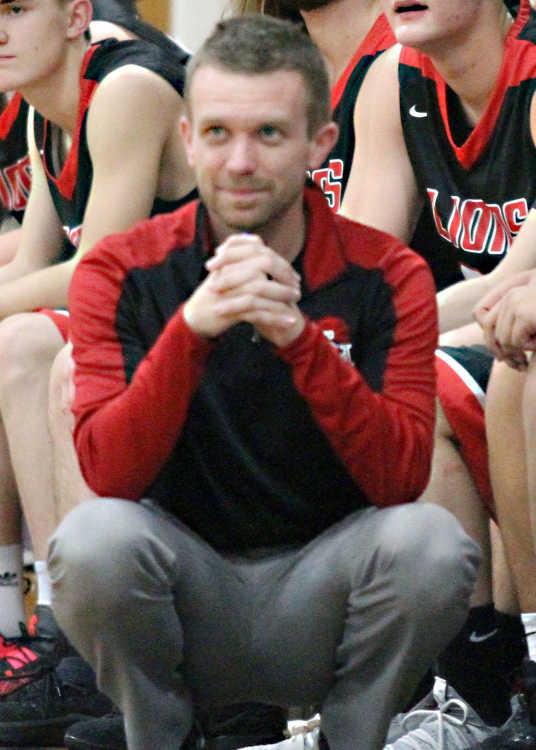 “The last two years are two of the best teaching years I’ve had as a coach,” Halford said. “The kids, administration, and other teachers I worked with were great. I worked closely with Coach New and Coach Wyatt and was very grateful to be around them. I also got to work closely with Coach Vaughan, Dr. Leeker, and Mr. Pritchett on a daily basis and appreciate their professionalism, hard work, and their drive to try to push kids to learn and compete at a high level. You also cannot forget Dr. Jones and Dr. Wilson who are leading the charge as our Superintendent and assistant Superintendent. All of our administrators are top-notch guys and great people to work with.”

Halford, who is a 2006 graduate of nearby Risco High School, was the head boys basketball coach at Advance for two years and Malden for six years before arriving at Kennett. Halford departs Kennett with a career coaching record of 161-101 at the varsity level.

Halford said he and his family plan to relocate to Florida.

“There are a lot of unknowns,” he said. “It’s still early in the process as far as the hire and rehire. We are excited about the move as well as nervous like most people would be. But we wish the kids and administration at Kennett nothing but the best. It was a great place to coach and will continue to be a great place for other people who decide to go to work there.”

Halford said he plans on coaching basketball next season.

“I cannot really get into that too much right now,” he said. “But there is something in the works that I’m trying to finalize. Coaching is something I really enjoy doing. I enjoy being part of a competitive atmosphere and plan on continuing to be a part of that as we make the move to Florida.”