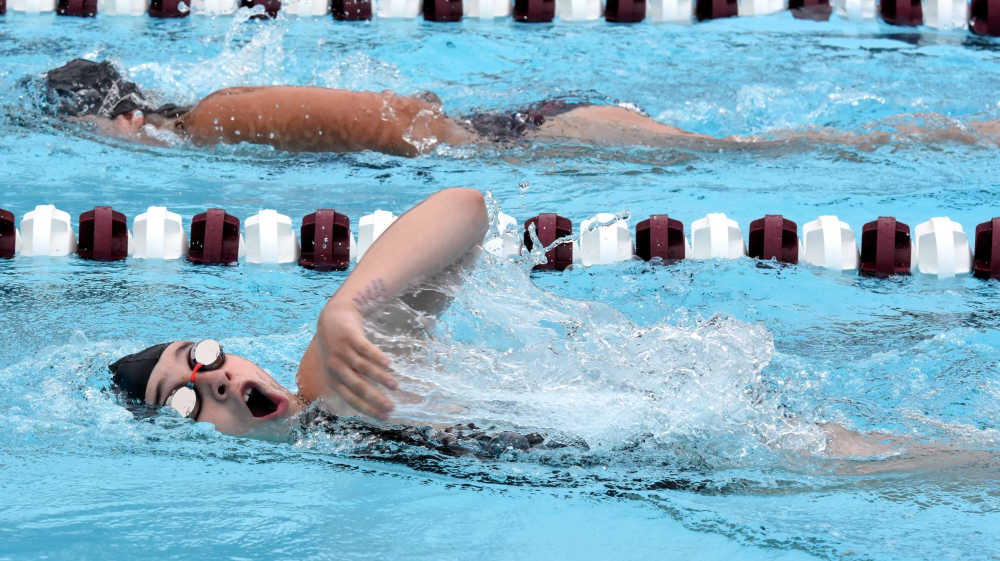 The sport of swimming is notorious not just for the level of physical work put in by those who compete in it, but the amount of training is just as important.

The elite swimmers throughout Southeast Missouri often practice as much as 11 times per week. So to force those top swimmers to take a 10-week break this spring was, quite frankly, an unfathomable nightmare prior to the coronavirus pandemic.

The frustrating hiatus will come to an end Friday, as the top athletes for the Cape Girardeau-based swim team, River City Aquatics, will get wet someplace other than a shower for the first time since mid-March.

Part of the team will begin to train at the Cape Splash Water Park, according to sixth-year coach Jason Cravens.

“This won’t be our whole team,” Cravens explained. “It will basically represent what is our more competitive, top three groups. We have broken them down into groups of 12 or less and those small groups can then be social-distanced in the water.”

For this week, Cravens will rotate groups through two stations, one doing dry-land training and another swimming in the “lazy river” portion of the water park.

Next week, he anticipates (weather permitting) that a third group will be able to train more typically in the six-lane, 25-yard lap pool at the facility.

He then hopes to be able to have his athletes training normally at the Central Municipal Pool in June.

“There will be a lot of safety protocols on how we allow people to enter the facility,” Cravens said. “We’ll have staff (supervising). With kids, you do the best you can.”

The RCA staff has conducted meetings with the swimmers’ parents on Zoom to explain all of the necessary steps needed to undertake this successfully.

“We’ve walked them through the protocols and the (City of Cape Girardeau Parks and Recreation) has been very easy to work with,” Cravens said. “We anticipate this will work well and it will give us a couple of weeks to hopefully get ready for the return to Central.”

But not necessarily for meets.

RCA is part of USA Swimming, so any competitive meets being conducted will be under the governance of the national organization, not RCA.

“It is not likely that we will have any swim meets,” Cravens said. “Our team is always in a competitive USA Swimming season. We’ve got different local, governing bodies all over the country. Different states have different reopening guidelines, so USA Swimming hashes through all of that.

“It’s quite complicated. They are (close) to announcing the push of the moratorium further into the summer (and) I personally would be a little surprised if we have any meet offerings before the fall.”

The same can be said for the Cape Girardeau group that participates in the Southeast Missouri Swim Conference summer league.

That league consists of teams throughout the region from Dyersburg, Tenn. to Kennett to Ste. Genevieve and Farmington and Cravens said: “it is likely that we won’t have any meets for that conference, as well.”

However, the competitive aspect of the summer league is sort of secondary to the purpose of it, according to Cravens.

“There is the competitive side of it that matters to us, certainly,” Cravens said, “but a big part of it, especially in smaller areas like this, the swim team is a big draw to get kids to just learn how to swim.

“My heart with the summer league is to get more kids that maybe don’t want to do it on a year-round basis, let’s get them to learn how to swim. They can have these life-saving skills and a foundation to see if that would be a good exercise option for them throughout their lives.”

Cravens said the conference is working together and “hopefully they can get to where they can hold practices.”

Ste. Genevieve has stated that it will not be fielding a team this season.

“We respect all of that,” Cravens said of the local health decisions. “It’s been hard on everyone. We want to make sure that we aren’t putting any particular group in a bad spot. Whether we believe we should be pulled on or not, it doesn’t matter. It’s about trying to take care of the group.”