Local summer baseball teams gearing up for an alterated season 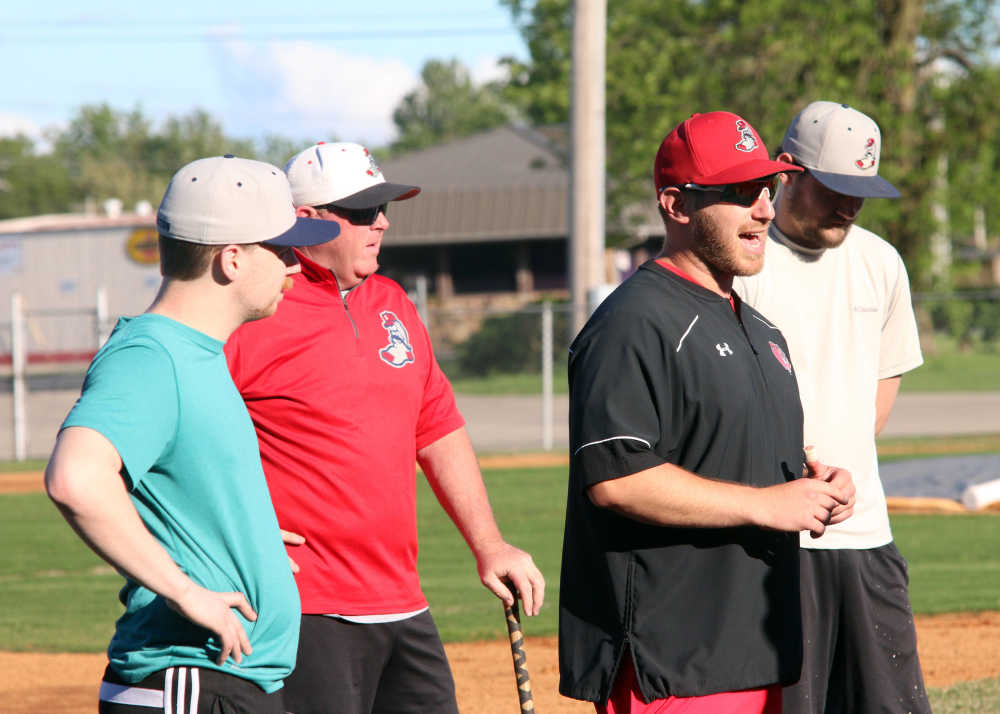 SIKESTON — Baseball is gearing back up.

Practices and drills are starting all in anticipation for the first game for each summer program, and although it may not be the season each team envisioned, there is still going to be a season.

He found just that, as they will play whoever they can, and said that just having baseball is a step in the right direction.

“We can do as we need each game,” Templeton said. “We’re playing Babe Ruth teams, and we may have to abide by Babe Ruth rules. This summer, we’re going to do what we need for each game necessary.

“It feels very good to get the kids out here, and it feels good to see a little baseball, be outside, be active. We’re trying to mix it up and have fun this summer. That’s the end goal; to develop and get the kids ready for the high school program.”

The Silver Sox open against Cape Girardeau Legion, at VFW Stadium, on Wednesday, June 1 at 6 p.m., and play a total of 15 games with no double-headers.

Sikeston’s 19-and-under roster is as followed:

Templeton added that the 17-and-under team would also see some playing time with the older group, and their roster is as followed: 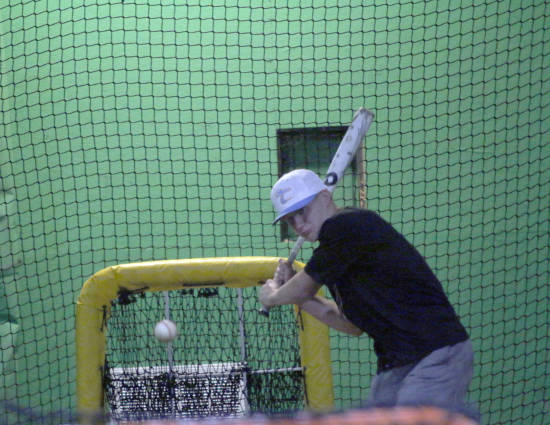 Kelly junior Drew Dirnberger squares to hit the ball in the batting cage, at Double Play, in Miner, Mo., on Monday, May 18, 2020.
Alex Wallner/Standard Democrat

For the Babe Ruth League, instead of preparing for a Regional or World Series, teams will play state tournaments as an honor.

Southeast Tropics manager Dustin Schwartz said that he’s looking forward to getting out on the field and start playing, even though there are alterations to the season.

“It’s changed more than once this year,” Schwartz said. “With state being pushed off a little bit, it’s made it a little more flexible — extended our regular season. Practicing has been a little more difficult, and we’re going to try and get as much work in as possible in the next two weeks.

“We’re going to jump in, we’re going to manage our pitching a little more at the beginning of the season, and by mid-season, we feel like we’ll be ready to go.”

Southeast’s 19-and-under roster is as followed: 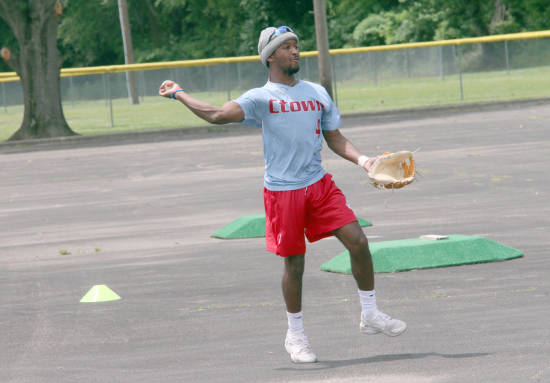 Former Charleston Bluejay Ajay Sager prepares to throw the ball during a drill at practice, at Hillhouse Park, in Charleston, Mo., on Tuesday, May 19, 2020.
Alex Wallner/Standard Democrat

Summertime is a time of the year that Charleston Fighting Squirrel's manager Michael Minner always anticipates.

“We’re just excited to be out here,” Minner said. “We’re trying to keep ourselves spread out, and we’re not trying to get anybody sick. We feel like things are looking better and looking up, and it’s really good to see some of these guys out here with the old glove and ball.

“A lot of people have been missing this. We’re hoping that this is a sign of good things to come this summer.”

After falling to the Tropics in the regional semifinals one season ago, Minner believes that his team will be competitive, but is still trying to figure out what he has.

“We haven’t seen a lot of these guys since tryouts in October,” Minner said. “We felt like we were going to be pretty decent, but we’re just feeling people out. This week, we’re trying to get back in it and get guys throwing and see what we got before we get rolling.”

The roster and schedule will be updated online at semoball.com when it is available.

Guidelines and safety measures are also available online at baberuthleague.org.