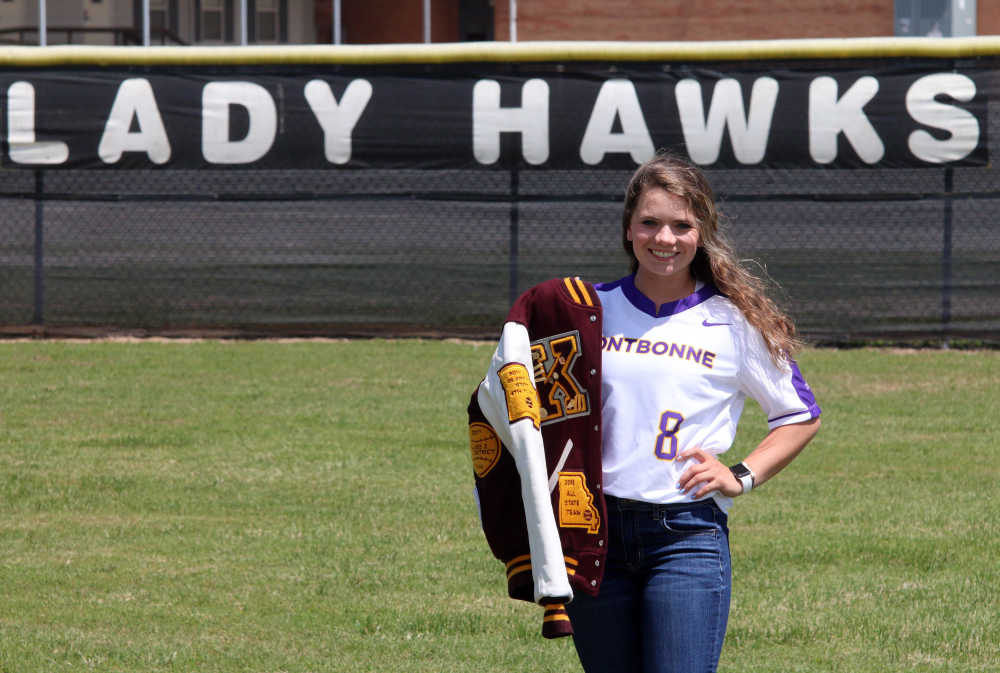 The buildup and work in the offseason finished, and the first month of games was here.

However, she never thought that her first month of games would be the final month of her freshman year.

“We were actually at practice,” said Jones on when her coach told her that the season was canceled. “We were supposed to play the next day, and at the end of practice, she pulled us all together at the end, and she’s like, ‘I think you know what I’m about to tell you.’ It was kind of sad because we had a senior and she was pretty upset, but it didn’t stop for us overall. We still talk every day, we all FaceTime every day.

Her first season as a college athlete was full of adjustments, but Jones went on to adjust well. She was fourth on the team in batting average, at .302 — leading all freshman in that category — while scoring 10 runs, driving in four runs, and smacking three doubles in 43 at-bats.

Additionally, she started at second base, which she said was different than where she was used to playing.

“It was an adjustment, switching to the right side of the field, but I enjoyed it,” Jones said. “I ended up leading off most of the games, which was very intimidating because it was your first college game, and I led-off, but it was fun.”

Despite the adjustments, nothing changed her approach and work ethic.

Overall, she said that she loved every moment she shared on the field and with her teammates.

“I loved it,” Jones said. “It was amazing. It was a very big adjustment, that’s for sure. The main thing is the passion on the field. That changed dramatically. The passion and the grit and all of the competition — it was just amazing — and even though you had three people fighting for the same spot as you did, we all wanted the same thing out there.

Now, times have changed, but the work ethic and determination are still there for Jones.

Even with the coronavirus pandemic shutting down specific ways to interact with teammates, Jones has other means of communicating, along with her coach setting up a way to stay involved with the program.

“So far, it’s been a big change because going to college; there’s a huge routine that we have,” Jones said. “Waking up early, going to practice, going to class, and all that. It was just part of it and everything. So, that disappearing and having to come home and do everything on your own was a big challenge, but I’ve gotten used to it now.

“Coach set up these “quaranteams,” and so we have a partner on the softball team that we work out with and stuff, so that kind of makes it more of a normal-ish routine for us.”