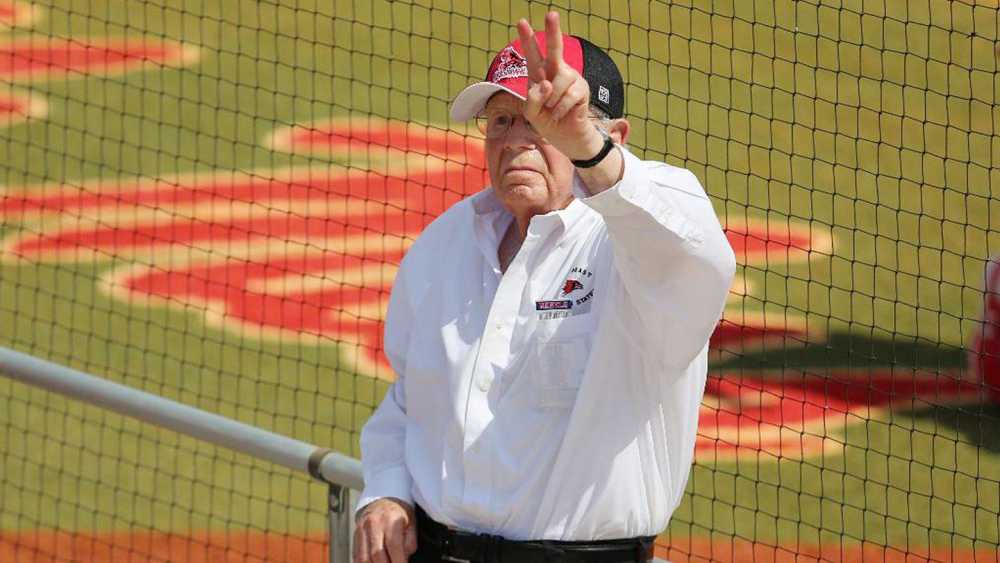 Dr. Jerry Westbrook is one of two winners of the 2020 OVC Thurston Banks Award for Distinguished Academic Service in this undated photo.
Southeast MIssouri State University

Calling Dr. Jerry Westbrook an original may be an understatement on a par with saying Cape Girardeau gets a bit warm in the summer.

Westbrook, on the Southeast Missouri State faculty since 1995, is a fervent supporter of SEMO softball specifically and of women’s athletics in general.

The Ohio Valley Conference has noticed the passion of this versatile teacher with 60 years overall experience by naming Westbrook one of two recipients of the 2020 OVC Thurston Banks Award for Distinguished Academic Service.

One observer described Westbrook in the following way in June 2019:

“On the front row of the (Redhawks) cheering section sat an elderly gentleman. Dressed handsomely in a buttoned-down, long-sleeved shirt; dress slacks; and a SEMO ball cap, he never seemed bothered by the heat or the beaming sun, leading ‘S-E-M-O’ cheers during half-inning breaks.”

The award presentation was to have been made at a 2020 OVC honor brunch during the league’s spring meetings this month. Due to the shutdown of all spring sports, it is expected that Westbrook and the other winner, Jim Wells of Morehead State, will receive their prizes virtually.

A graduate of Harding University in Searcy, Arkansas, Westbrook obtained his doctorate from Ole Miss, where he later served on the faculty.

At Southeast’s main campus, Westbrook has held no fewer than eight positions before his current one as part-time instructor.

In 2012, Westbrook kicked his fandom up a notch by beginning a delightful tradition to salute teams who advance to the league tournament.

If a team makes it to the OVC tourney, Westbrook arranges for a large cake to be decorated with Redhawks colors. The letters on the cake spell out “OVC Bound.”

Westbrook explained his devotion to Southeast women’s sports in a 2015 interview with SEMO’s student newspaper, the Arrow.

“Everywhere I’ve been, I’ve noticed the women’s teams don’t seem to get the same attention, nor the resources they need, as the men’s teams,” said Westbrook.

“I made up my mind,” he added, “that I was going to do something about that."

The Thurston Banks Award has been given every year since 2013.

The award honors Banks, who served in Tennessee Tech’s Department of Athletics for 31 years and who himself was named to the OVC Hall of Fame in 2007.