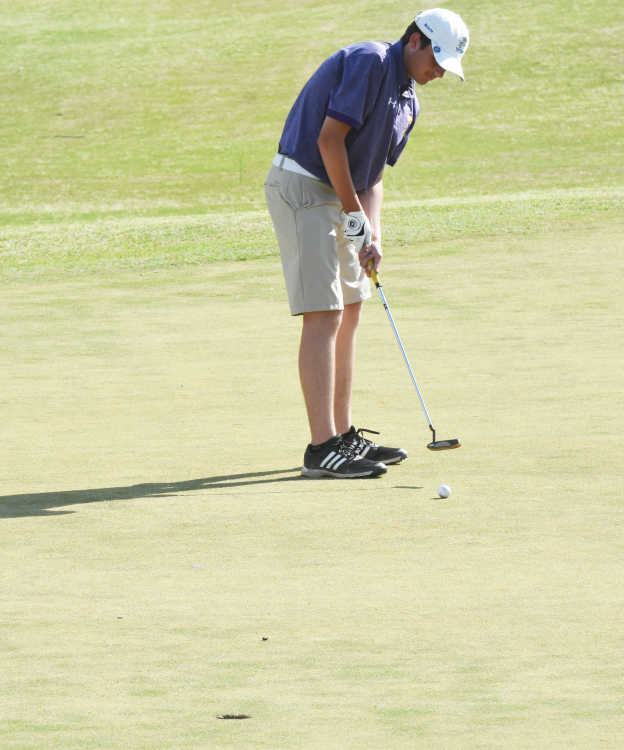 Bloomfield senior Brant Hobbs was seeking a fourth trip to the MSHSAA Class 1 Boys Golf State Championship until the coronavirus wreaked havoc across the nation.

The Wildcats were aiming for a fifth straight trip to the state tournament and were confident they would not only achieve their goal but place at state like they did two years ago.

Hobbs was a member of the 2018 squad that finished third at state, only five strokes behind champion Gallatin and one behind second-place Westran.

“I didn’t do so well myself, but the team finishing third was special,” Hobbs said.

Coach Travis Westbrook believed the Wildcats had the potential to have another big season.

“We had four of the top five coming back,” Westbrook said. “We had ambitions of not only winning district and getting to state but placing at state. The top four teams win a trophy.”

Gage McNeil, the other returning senior on the varsity squad, agreed.

“I was ready for this year,” McNeil said. “After my first year playing, I was pretty excited for it. I knew we would probably go to state. We had the same team (as last year). We only lost one player, our No. 1 Levi Clary.”

McNeil wasn’t a part of the 2018 squad. He didn’t join the team until last season. He started playing golf as a freshman and wanted to try out for the team his sophomore year.

“Coach Westbrook told me to just play baseball,” McNeil said. “My junior year, I guess coach knew I got pretty good, and he said ‘you need to try out for the team.’ ”

McNeil was a standout for the Bloomfield baseball team, too.

“Brant and Gage had a chance to finish all-state,” Westbrook said of each player’s chance of achieving a top 15 finish at state this season. “They both improved quite a bit from the end of golf season last year until we started practicing this year.

“Both had been out there working their butts off. We knew we had a chance to do something this year. I’m super disappointed for us as a team but especially for the seniors.”

Hobbs, who tied for 78th at last year’s state tournament, was excited about the season.

“I figured out a lot of stuff with my swing,” he said. “I was ready for the first match. I was upset when it got called off.”

All Stoddard County schools have been out since March 18, meaning no sports or other extracurricular activities were allowed. On April 9, school was canceled for the year by Gov. Mike Parson and MSHSAA canceled spring sports championships the same day.

McNeil tied for 51st at state with a two-day total of 184 last spring.

“State was the most exciting thing last year,” McNeil said. “I had never been to any kind of state. That meant a lot to me. Playing only one year and going to state doesn’t happen often.”

McNeil plans to attend Mineral Area College and work toward a business degree and hopes to become a loan officer one day. He may try to walk on the baseball or golf team at the Park Hills-based junior college.

Hobbs plans to attend Southeast Missouri State University. He hasn’t picked a major but has a few things in mind. He plans to continue playing golf and try to get better at the sport he loves.