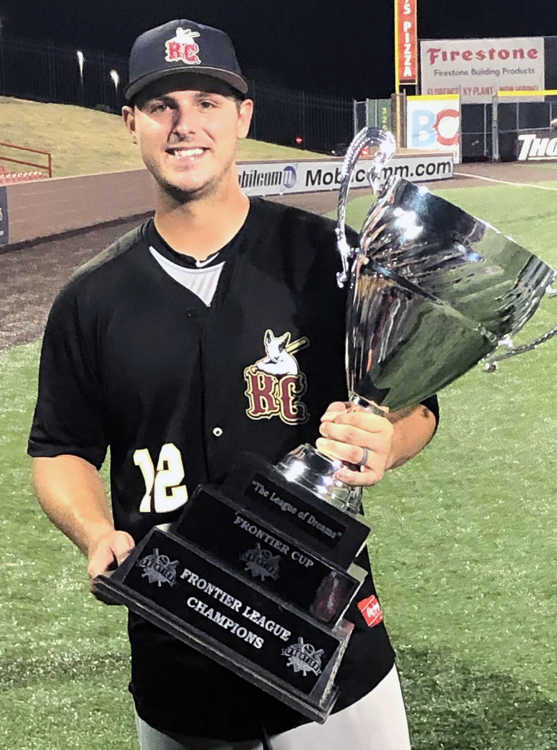 Editor’s Note: This is Part 1 of a two-part series.

Malden graduate Tanner Murphy has received the opportunity to play baseball for teams based on the East Coast, West Coast, and Midwest since he was drafted in the 4th round by the Atlanta Braves in 2013.

“It’s been a cool experience for me,” Murphy said. “I started my career on the East Coast playing anywhere from New York all the way down to St. Peters for the Braves organization. Then I got traded to the Giants and went to the exact opposite end of the United States. That was a really cool aspect because I had never been to that side of the country to play baseball.”

Murphy’s most recent stop ended up being much closer to home last summer. The right-handed catcher made the decision to play independent baseball for the River City Rascals in O’Fallon, Missouri.

“When things didn’t work out with the Giants I came home and me and my wife found out we were having our first child,” he said. “That really hit home to me. I had a couple offers in the American Association with two different teams but I decided to chill out for a couple weeks and see what other offers I received. I wanted to be there for my wife and support her like she has always supported me when we had our first child. When the opportunity to play 50 minutes away for the Rascals and live at home became available I thought it was a perfect fit.”

Playing for the Rascals turned into a golden decision for Murphy. The Rascals beat Florence Freedom 3-2 in the best-of-five championship series of the Frontier League last summer.

“It was really cool because you could see something special was happening as we got closer to the end of the season,” Murphy said. “We had the fire and rallied from behind to win several playoff games.”

Shortly after the season ended Murphy and his teammates learned they would not have the opportunity to repeat as champions. Despite securing its second championship since 2010 last season, it was announced last August the Rascals would cease operations after a 20-year run in O’Fallon.

“We were a successful team,” Murphy said. “We won the whole thing but from a business side things just didn’t work out.”

Murphy, who signed a two-year contract with the Rascals, became a free agent and immediatley started to contemplate his options.

“A big thing for me in the offseason was my wife and the fact we just had our daughter,” he said. “It was a heart-felt moment trying to figure out if I wanted to leave and go play baseball again. Half my team and my coach ended up signing with the Gateway Grizzlies. With Gateway being 25 minutes away in East St. Louis it ended out working out well for me also.”

Murphy has yet to play a game for the Grizzlies because baseball has been postponed due to the COVID-19 pandemic.

“Right now we should be about a week into our season but obviously baseball is not really a thing right now,” he said.

Murphy is hopeful his season begins in July but admits allowing fans to attend games may be necessary to fund prospect teams.

“I think we will follow suit with what Major League Baseball does,” he said. “But if the commissioner of the league says you guys can play but no fans are allowed I’m not sure if that would happen because you have to pay players, coaches, and the people that work at the stadium. You can watch our games online but they are free. I don’t see how they could play without the fans because there would be very little income.”