Jackson's Cole Amelunke wants to 'engineer' yet another pathway to success 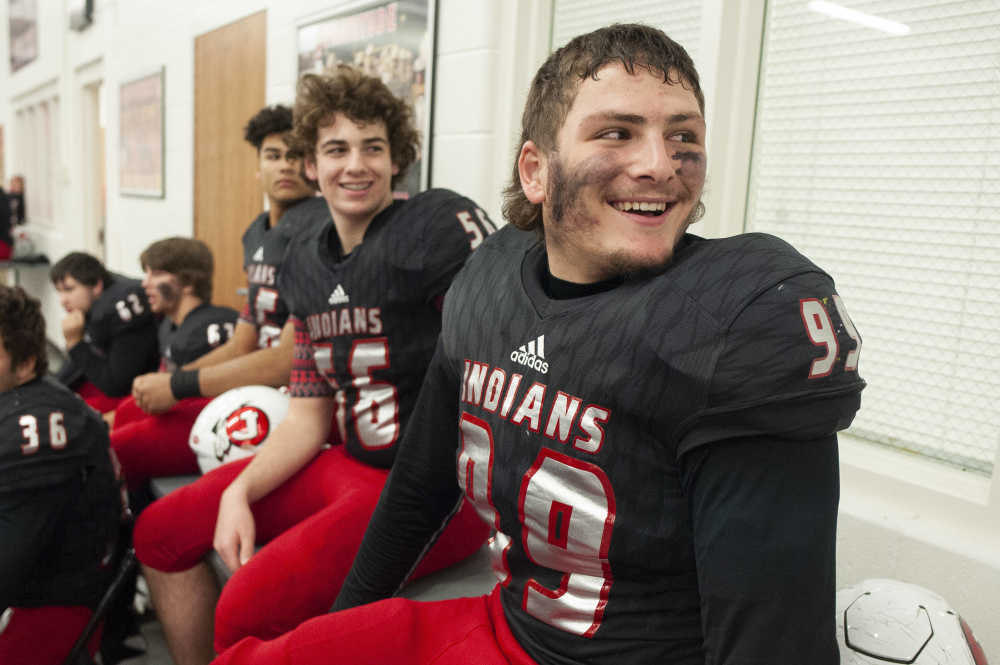 Jackson's Cole Amelunke (99), Tanner Raines (56) and Tony Terry (46) wait in the locker room prior to the Indians' 29-14 victory over Eureka in the Class 5 quarterfinal last season in Jackson.
Jacob Wiegand ~ Southeast Missourian
Order this photo

If you want to get a hold of Jackson senior Cole Amelunke, you better reach out to him soon. Because in a few months (God willing, due to the pandemic), he’s not going to have much time for chit-chat with anybody.

Amelunke signed his letter of intent Tuesday to participate in BOTH football and wrestling next year at Westminster College in Fulton.

“I don’t purposely try and see how hard I can make a challenge,” Amelunke said. “But when I do see a challenge, I don’t want to walk away from it. I want to go towards it and I want to try and figure out what is wrong with it.”

In that regard, Amelunke has the mind of an engineer, which is only fitting, because he aspires to become an electrical engineer (as if he needed another difficult task to undertake over the next few years).

“That is why I want to study electrical engineering,” Amelunke said. “I want to do the engineering part of what else can I make better, what can I do better, and what can I improve on?”

Reflecting on the past year and what Amelunke achieved in his final season as an Indian, the answer to that question is “not much.”

Amelunke was a vital defensive cog in the Indians’ winning 13 of 14 football games last fall and competing for the MSHSAA Class 5 state championship before falling in overtime.

He notched 58 tackles, including 16 for a loss, and was selected to the SEMO Conference First Team, as well as being an All-District honoree.

He was named to the All-Southeast Missourian Football Team and is a fall sports finalist for the Semoball Awards. 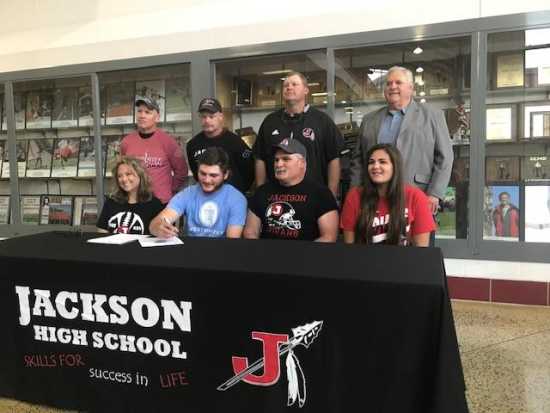 In wrestling, he finished fourth in the state in the 195-pound class in winning four of his six matches at the MSHSAA Class 4 State Finals.

It was the second consecutive year that he had medaled at the State Finals and he capped his senior season having won 39 of 42 matches this year.

He was named to the All-Southeast Missourian Wrestling Team and is a potential candidate for the soon-to-be-released winter sports finalists for the Semoball Awards.

“It will be extremely difficult for him,” veteran Jackson wrestling coach Steve Wachter said of the next few years. “He is really going to have to be on top of his schedule. Those are two tough sports. You have to play football, followed by the grueling sport of wrestling.

“It’s going to be really tough, but if anybody can handle it, he can.”

Amelunke has done nothing but succeed at Jackson, which he explained, has been a pseudo laboratory in preparing him for the next level.

He explained that training under Indian football coach Brent Eckley, as well as Wachter, can be incredibly demanding.

Amelunke recalled his hectic autumn schedule of lifting from 5:45 a.m. to 7:30, then “hustling to get dressed and go to school.”

After a full day of classes, Amerlunke said football practice got underway, and he exhaled, “Oh my goodness.”

He also credited Wachter for preparing him for the next level.

From a physical standpoint, Amelunke will have the challenge of building himself up to play “linebacker or defensive end” for Westminster, probably weighing around 220 pounds, before having to drop back down in the mid-180s to wrestle.

“That’s doable for him,” Wachter said. “A lot of it has to do with your diet. People think you have to starve or dehydrate, you don’t, but you do have to be on top of your diet.”

That task won’t be any different than what Amelunke has done for the past four years.

Each November, when football season ends, he brings the weight scale down from his parents’ bedroom and keeps it beside his bed. His first chore each morning is to monitor his progress toward reaching his weight goal.

“They are both tough sports,” Wachter explained, “but wrestling is such a high-cardio sport, you burn more calories in wrestling than you do in football.”

You can simply add that to the growing list of challenges that Amelunke is more than happy to take on.