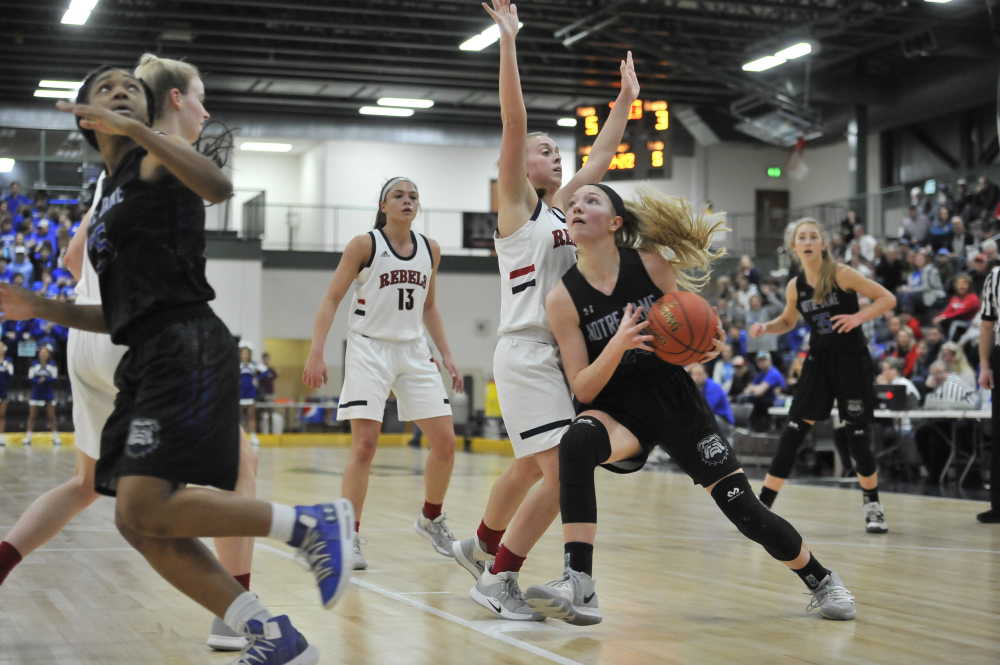 The athletic evolution of Notre Dame sophomore girl’s basketball player Lexi Rubel is unfolding exactly as it should. The 6-foot athlete had a solid freshman season in 2018-19 and built upon it – both as an individual and from a team perspective - this past year.

“I think her confidence has grown tremendously,” Notre Dame girl’s basketball coach Kirk Boeller said. “The skill-set is there. It’s been there the whole time. But her pride in her work and her confidence, whenever she is on the floor, takes that skill-set to the next level.”

Rubel was instrumental in helping the Bulldogs achieve a historic season this year and for that, she has been selected as the Southeast Missourian Girl’s Basketball Player of the Year.

Rubel was an All-District selection as a freshman, as she helped the Bulldogs win 21 games before falling in the MSHSAA Class 4 Quarterfinals. However, she took another step in her progression this past season and the results were evidence of that.

Notre Dame won 25 games this season and moved on to the Class 4 State Finals before it was canceled due to the coronavirus situation.

Rubel was an All-State honoree following this season after leading her team in points scored (13 per game), rebounding (eight per game), and assists (three per game).

“She is a quiet leader,” Boeller said of Rubel. “(Senior Riley Burger) was the vocal, get-everybody-going player. Lexi leads by pure example.”

Her passion for the sport is obvious to her teammates, as well as to Boeller, and it paid off this past season in a multitude of games.

“I saw a big step of her being more sure of herself this year,” Boeller said. “Skill-wise, she is in the gym every day, or in the driveway, working on her skills. What she is already really good at, she is going to keep getting better at.

“She loves to play basketball. It takes a lot to get her out of the gym.”

The Bulldogs graduated two seniors (Emily Kellum and Burger), so more of the leadership responsibilities will fall on the shoulders of Rubel next season. Boeller isn’t concerned about that in the least.

“The way she led this past year,” Boeller explained, “that is still going to be good enough. When she is dialed in, you can tell, there is a sense throughout the whole team that everybody else is dialed in to.” 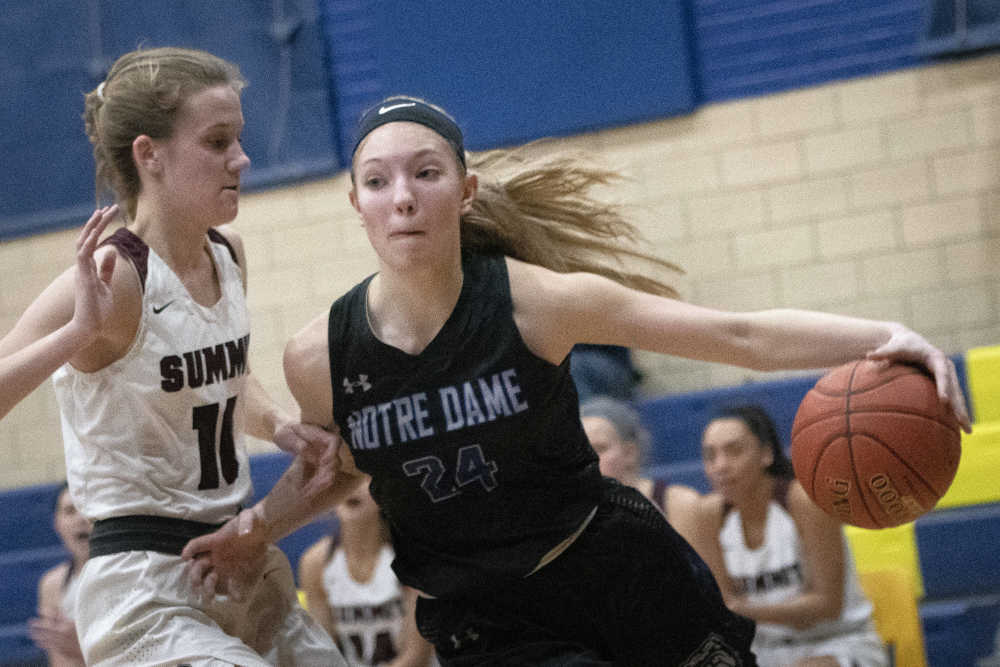 The Rubels shine as Notre Dame girls basketball advances to the Class 4 semis
Jeff Long
In the intimate confines of St. Vincent's High School gym in Perryville, Notre Dame (25-4) punched its ticket to the Class 4 Final Four Saturday with a convincing quarterfinal win over Rockwood Summit (26-4), 55-35. Sophomore guard Lexi Rubel, who was held scoreless by the Falcons in the first half, came back roaring in the final 16 minutes to...

The 6-foot athlete holds several NCAA Division I offers and she exhibited why this season, as she helped the Bulldogs advance to the MSHSAA Class 3 Final Four with a 25-4 record.

The senior guard demonstrated athleticism and skill at both ends of the court.

Brune averaged 22.6 points per game in helping the Crusaders win the Class 3 District 2 and Sectional titles and finish 18-12.

She also pulled down 4.8 rebounds per game, as well as made 3.6 steals and connected on 56 percent of her shots.

The lanky post player earned All-Conference and All-District honors in helping Saxony Lutheran win six of their final eight games of the season.

Spanley averaged over 13 points per game to go with 8.4 rebounds per game.

The sophomore averaged nearly 20 points per game in helping the Rams win 11 games this past season. Daigger also averaged nearly four rebounds, three assists and over two steals per game, as she was named to the All-District squad in Class 3, District 2.

The junior averaged 14.5 points per game, as well as three assists and four rebounds.

She earned All-Conference honors after helping the Pirates win 11 games.

The skilled and athletic 5-foot-7 wing led the Bobcats to an 18-10 season in just their second year back from not having a squad in 2018.

Holweg is a sophomore and was a key player in helping Delta win the Class 1, District 2 title, and its most wins since 2010.

The 6-foot frontcourt player averaged 16 points per game and 11 rebounds.

For the second straight season, the sophomore was both All-Conference and All-District, as she helped the Tigers finish 19-9, which were the most victories in over a decade.

The athletic forward helped the Bulldogs win 25 games and advance to the MSHSAA Class 4 Final Four.

She averaged over eight points and four rebounds per game and blocked almost 1.5 shots per game.

The talented freshman averaged over 14 points per game, while also pulling down five rebounds and dishing out three assists per game.

Horton was All-District and played a vital role in the Tigers winning 19 of 28 games.

The versatile standout helped the Indians win 14 games and earn a spot in the Class 4 District 1 title game.

Lambert averaged over 16 points per game and nearly seven rebounds per game while shooting almost 40 percent from 3-point range and 50 percent overall.

Lambert was the most accurate free-throw shooter in the SEMO Conference at 79 percent.