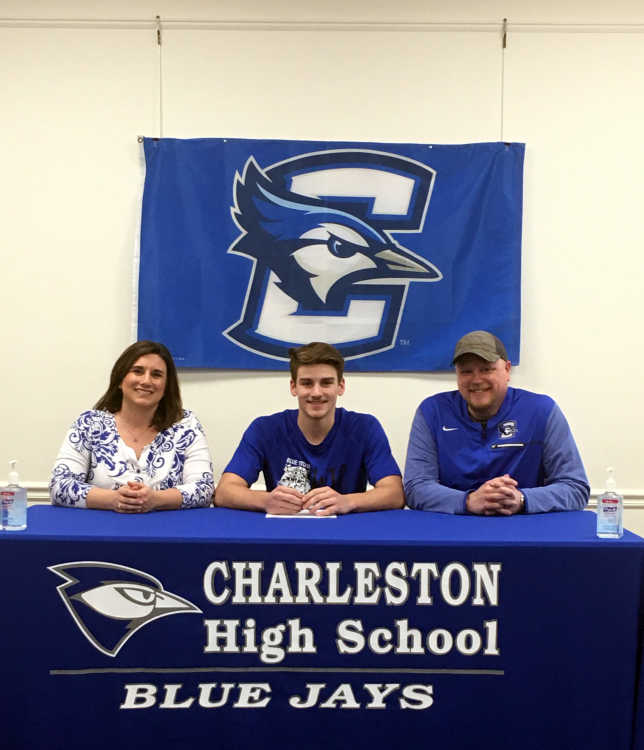 “Most of the guys that we’ve recruited from down that way have been successful basketball players,” Campo said. “The kids down there, they know how to play; they’re tough kids. They can handle being coached, so that’s always a plus, and they’re kids, that when you bring them up, you can get them out, and they’re easy to market after a year or two."

Last Tuesday (May 5), Charleston guard Sam Bledsoe signed his National Letter of Intent to continue his academic and athletic career for the Blue Storm and long-time head coach Jay Harrington.

“It’s not too far from home, but it’s somewhat close,” Bledsoe said. “I like how, when I went to watch them play and visited, they all treated each other like brothers and family. I want to be a part of a historical group, and especially coach Jay Harrington. He’s a very well known in the JUCO level.”

Additionally, Bledsoe also liked where he fit into their offense.

The sharpshooter made 85 3s during his senior season, which set a Charleston single-season record. He totaled 235 made 3s for his career, which was a Bluejays record, as well.

“I’d be the shooter,” Bledsoe said. “They didn’t have a very good shooting group this year, and he always wants to improve on his offense, because with defense, he’s always demanded great defenses.”

Last season, the Blue Storm shot 30 percent from three-point range, which made the coaching staff see a need to improve a valuable part of the team.

“In today’s world of basketball, everybody’s looking for guys that can shoot the basketball and spread the floor and create more opportunities,” Campo said. “It seems like everything is created for the offense. You have to have guys, like Sam, on your team that can shoot it.”

During his time at Charleston, Bledsoe helped his team achieve 98 career wins and 21 postseason victories. He was also a four-time district champion and helped guide his team to the Show-Me Showdown three times.

SWIC finished last season with a 17-15 record, breaking a stretch of back-to-back seasons where it won 20-plus games. They finished .500 in the conference as well.

Despite accolades on the court, though, SWIC also looks for excellence off the court.

“Talking about Sam, there’s a lot of things to like about him as a student-athlete. Not just as an athlete but as a student-athlete. Watching him as a basketball player, I love the way he shoots the basketball. He’s as good a shooter as you’ll find anywhere out there, he’s got a quick shot, and he gets it off. He has a high basketball IQ. He knows what to do in certain situations. He’s a winner; he played on a winning program and for a great, great, Hall of Fame coach. He checks a lot of boxes, and he’s a kid who’s very determined in what he wants to do as a basketball player. So, you take all of that, plus the fact that he’s one of the top students in his school and his class, and he’s a great person.”