HOME EARLY: Will Gilmer looking to adjust more with Arkansas State on the horizon 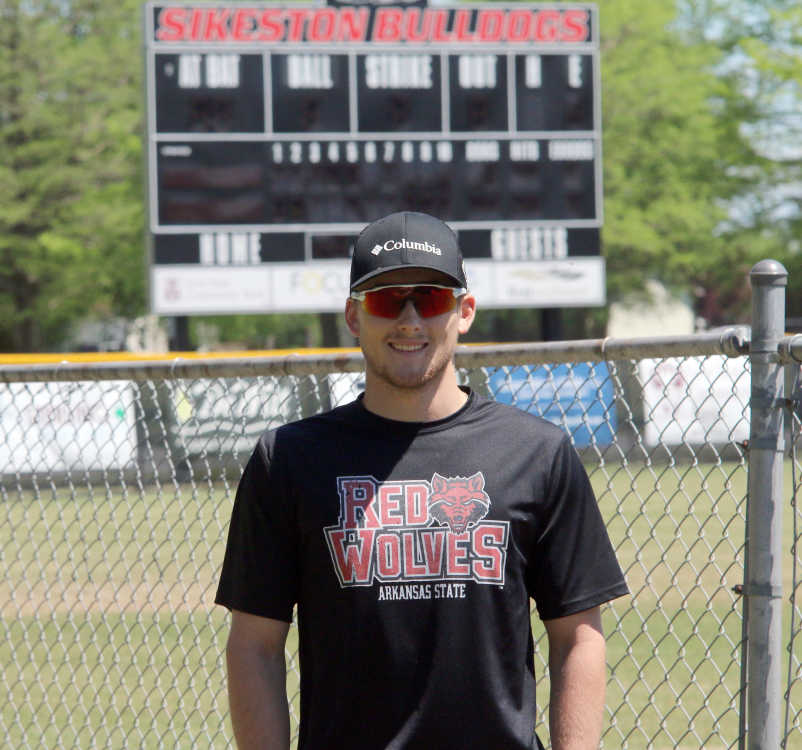 Former Sikeston Bulldog Will Gilmer poses for a picture in front of VFW Stadium in Sikeston on Thursday, April 30, 2020. Gilmer’s sophomore season at Jefferson College ended due to the coronavirus pandemic.
Alex Wallner/Standard Democrat

SIKESTON — Jefferson College won its last baseball game of the season. However, its final game came far sooner than expected.

Former Sikeston Bulldog Will Gilmer didn’t have a chance to complete his freshman season with the Vikings, due to the coronavirus pandemic. He redshirted during the 2018-2019 season, which still makes him a freshman athletically.

Now, he leaves Hillsboro with just six games under his belt. Gilmer signed to continue his baseball career at the Division I level next season, as he is attending Arkansas State University.

The season getting canceled was a scenario that Gilmer didn't want, as he was looking forward to competing with the first college program he signed to, in what would be his first collegiate season on the mound.

“I was having a lot of fun, and it stinks that it was cut short,” Gilmer said. “Those guys are probably some that I won’t get to play with again for the rest of my career, but it was fun playing with those guys and being on the road almost every day.”

Jefferson College was 16-9 when the season ended.

The Vikings have 17 sophomores on the roster, and Gilmer said that his coach told them — before their last game against Crowder College — to “play like this is your last one.”

“We knew ahead of time that we were probably going to get canceled,” Gilmer said. “We were in the middle of playing Crowder and in-between games, our coach came up to us and said, ‘Play like this is your last one because it very well might be.’ Then, on the bus ride home, he got a call, and our season had been canceled. He also said that he’s going to help out guys that weren’t done with their recruitment processes, and he’s going to try his best to help those guys out.”

Like most baseball players, the offseason is where you get better, which is what Gilmer said he is doing, as he takes one step forward and plays at a harder level.

“I got a lot more free time now,” Gilmer said. “I’m trying to keep disciplined and go out to the field as much as I can. Work out at home and stay on top of what I need to do. Be ready going into next fall.

“I’m making sure that I’m getting stronger. Keep throwing my pitches, my off-speed and stuff, and make sure everything is at 100 percent, and trying to stay disciplined day-to-day.”

From high school to nearing his junior year of college, Gilmer said that he is going to miss competing with his teammates at junior college, even if it was for a brief stint.

During his six appearances, Gilmer had a 6.35 ERA in 5 2/2 innings pitched. He had five strikeouts and three walks as well, and he said that everything is different as a whole and is only going to continue to get tougher.

“It’s a lot different when you can every day, all-day, practice with the team,” Gilmer said. “Those guys are all you got, all-day for two years; just learning new things every day and trying to be the best pitcher, competing with a lot of great pitchers at Jefferson College and facing a lot of great talent helped me. It shaped me up and prepared me for Arkansas State.