Cape Central athletes to celebrate a year of achievements 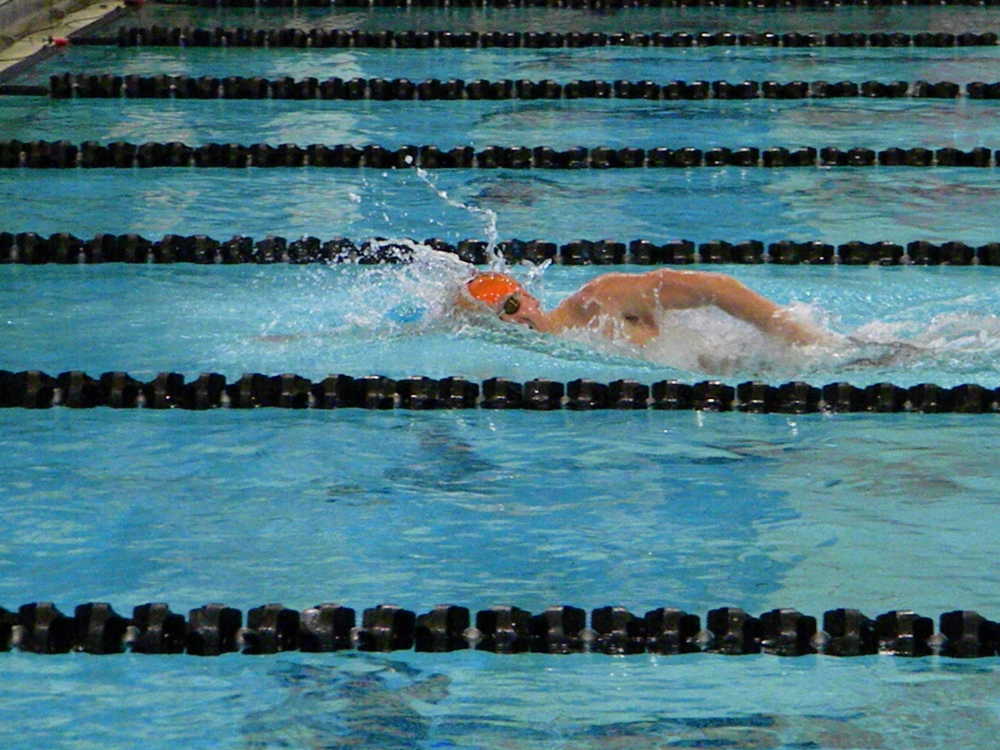 The truth of the matter is, from an athletic standpoint, the 2019-20 school year at Cape Central will forever be remembered as the “year of the coronavirus.”

The global pandemic wreaked havoc on the sporting world from youth leagues to the Major Leagues and Cape Central has been just another institution having to deal with that.

However, what may get lost in the fog of COVID-19 is another undeniable truth, which is the Tigers have had one spectacular athletic year as a school, regardless of the spring sports being canceled.

Cape Central will host a “virtual” All Schools Booster Club banquet at 7 p.m. today and the list of achievements mentioned could seemingly be endless.

Here is a list of the top 10 notable feats achieved by Cape Central student-athletes and coaches during this past year.

Anytime an athlete wins an MSHSAA state championship it is a remarkable achievement. However, when he/she wins FOUR of them – in one year – it is borderline ludicrous.

That is precisely what Tiger senior swimmer Daniel Seabaugh did at the 2019 MSHSAA Class 1 Swimming State Finals in November.

“Anyone that I have worked with that has accomplished what Daniel has,” veteran Cape Central swim coach Dayna Powell said recently, “has had to sacrifice. Their personal time, whether they want to spend time with friends, so he has definitely been willing to commit and stay motivated and determined."

Seabaugh swam legs on the state champion 200 medley relay and 400 free relay, while individually winning the 200 free race and the 500 free race.

The latter was done in a state record time.

“Attitude is really important,” Powell said, “and Daniel has definitely had some ups and downs. He has learned, and this is what you want all of your athletes to do, learn how to handle the upsides, but also manage the disappointments and the setbacks.

“Where you can learn from those and come back stronger and manage all of the challenges that you are probably going to face.” 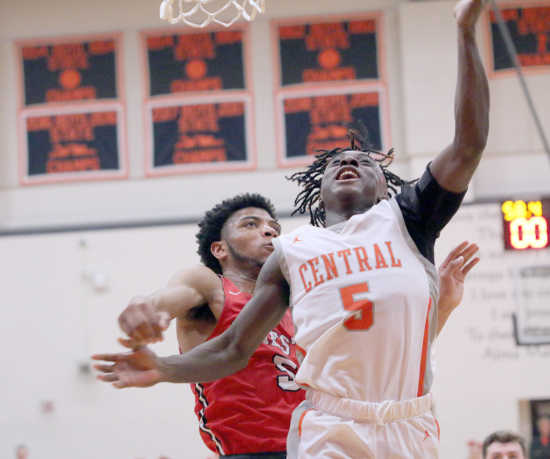 The athletic exploits of Tiger senior Tyrus Reddin weren’t constrained to just one athletic field this year. He played a part in the remarkable bounce-back season achieved by the Tiger football squad (more on that in a moment), but he also finished his basketball career as the winningest Cape Central player ever.

He was a four-year starter who led Cape Central to 89 wins and a Class 4 District championship in his career.

“It’s not just (Reddin’s) scoring but the little things he does,” veteran Cape Central boy’s basketball coach Drew Church said. “He’s quick to the ball, accelerates well, distributes (the ball) unselfishly and as his stats indicate, can steal. 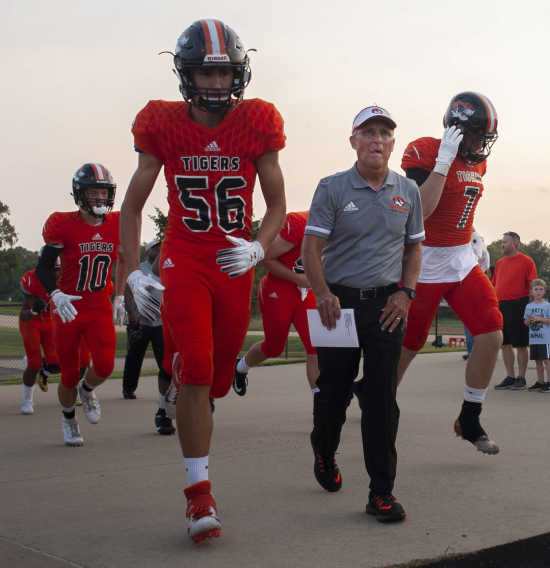 Cape Central football coach Kent Gibbs leads the Tigers to the field next to Gage Wooten (10), Levi Tuschhoff (56) and Tanner Herbst (7) before the start of the their 49-0 win over Normandy at Cape Central last season.
Jacob Wiegand ~ jwiegand@semissourian.com

Are you ready for some (winning) football?!

After stringing together seven winning seasons in eight years, the Tiger football program uncharacteristically fell to a bizarre 1-9 record in 2018.

Gibbs, a longtime and highly-successful coach at various stops throughout southeast Missouri got Cape Central back on track. Immediately.

The Tigers opened the season by outscoring its first two opponents 77-14 and ultimately won 7 games.

The five Tiger defeats were to four teams that had a combined five losses of their own. 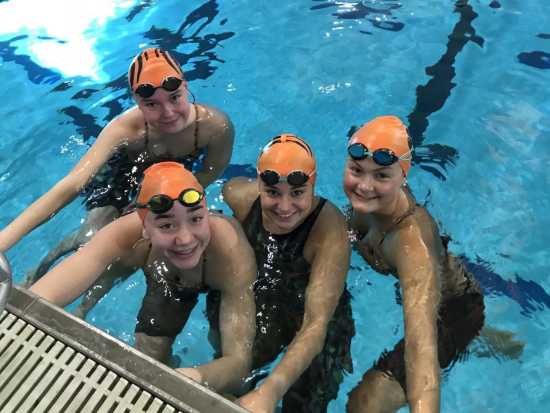 Much has been made of the Cape Central boy’s swim program, and with good reason. The Tiger boys had won three consecutive team state titles prior to this school year. However, the girls weren’t half-bad themselves.

Cape Central had the winning 200 medley relay squad in the 2019 MSHSAA Class 1 State Finals but had graduated a talented senior Allison McDonald to NCAA Division I program Evansville.

Tiger sophomore Lauren Lamar replaced McDonald this past season and the relay didn’t skip a beat – when it counted.

The Tigers entered the meet as the fifth-fastest squad and were still trailing favored Parkway West after the prelims. However, Cape Central dropped its time 1.25 seconds in the finals to claim a second consecutive state title.

“If Ava (Duncan) got out good,” Powell explained of her race strategy, “we felt like we had the stronger breaststroke and butterfly of all the teams. So (freestyler Grace Sanders) knew they’d be coming for her.”

The sport of wrestling has been around for centuries, but at the MSHSAA level – for girls – only three years.

It didn’t take long for a Cape Central athlete to make history, as freshman La’Niaa Brown became the first in school history to qualify for the MSHSAA State Finals.

“I am so impressed with (La’Niaa),” Cape Central wrestling coach Aaron Ross said after watching Brown take second in the Class 1 District 1 meet at 142 pounds. “She came into the room with a mission and it showed.

“(La’Niaa) has been wrestling since the seventh grade and has been a great asset.” 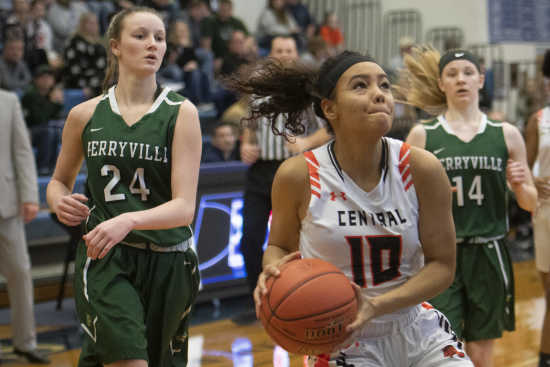 Tigers roar on the court

The recent history of Cape Central girl’s basketball hasn’t exactly been a flourishing one.

Of the 11 seasons prior to this year, the Tigers had enjoyed just three winning campaigns. However, Cape Central opened the year pretty well, but closed with a vengeance, as it won 19 of its 28 games.

“To be on the brink of winning 20 games after last year (being 9-17) is a good feeling,” Tiger coach Brandon Winters said. 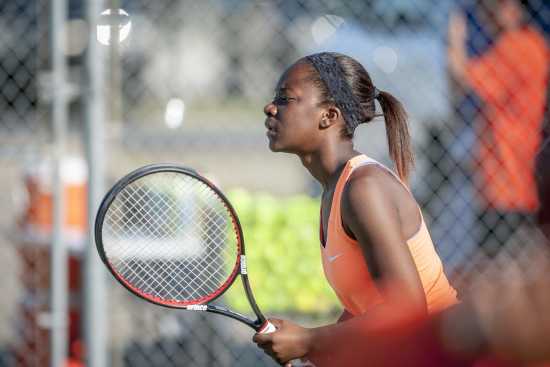 Showing some ‘love’ to Cape

The Cape Central girls tennis squad opened this season by beating Jackson, Notre Dame, and Saxony Lutheran in the Cape Central Team Tournament and it was a good omen.

The Tigers ultimately won 19 of their 22 matches (the most in over a decade) and a Class 2 District 1 championship.

The duo of freshman Megan Maxton and sophomore Emily Ford earned a District title in doubles play, while senior Maria Seidu-Sofu finished with an overall record of 31-8 between singles and doubles play. 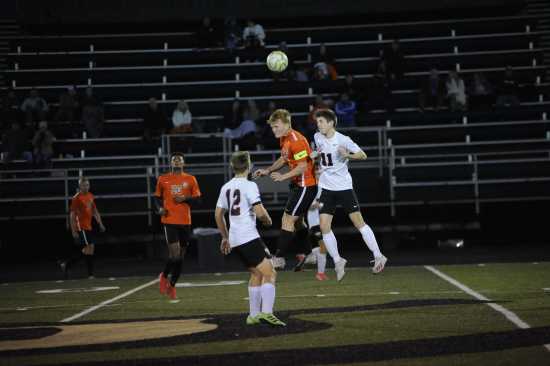 In the previous decade, the Tigers had notched winning seasons just twice. It probably would have helped if those teams had Kaya Newkirk on them.

The Cape Central senior finished his career as the program’s all-time leading scorer (70 goals) and booted in 40 just last fall.

“Kaya is a dynamic player,” fourth-year Tiger coach Jared Dobbs said following one of his team’s victories last fall. “He has speed and agility. His fitness level is extremely great.

Newkirk had a lot of success individually, but as a team, Cape finished with a 15-6-1 mark, which was the best in over a decade. 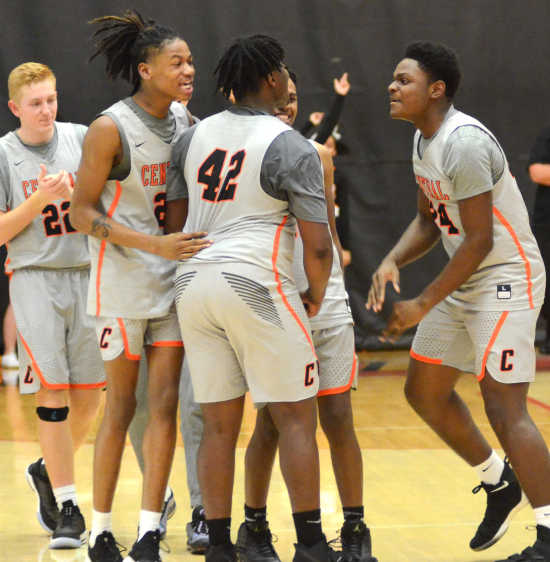 Cape Central players celebrate during their victory over Sikeston in the championship game of the SEMO Conference Tournament this past season at the Sikeston Field House in Sikeston.
Brent Shipman ~ Standard Democrat

The Cape Central boy’s basketball team ventured to the ‘daunting dome’ of the Sikeston Field House in December for the SEMO Conference Tournament and came out smiling.

The host Bulldogs had not lost a regular-season game in 28 outings, including 14 at home. However, Cape Central got a balanced performance from its youth (freshman post Cam Williams) and its veterans (seniors Tyrus Reddin, Doreante’ Tucker, and Dorian Triplett) in beating Sikeston for the championship 72-64.

“A lot of guys contributed tonight,” Church said following the win. “I thought Cam gave us some great minutes. (But) Later on, we finished with our seniors.” 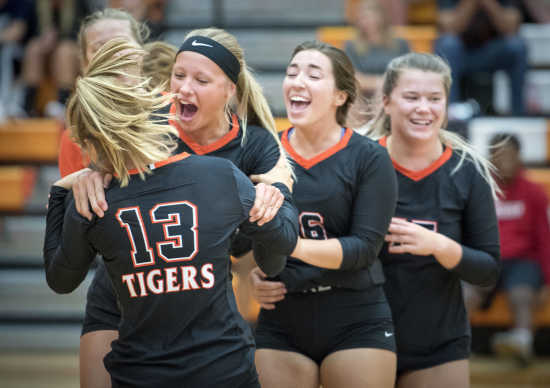 Cape Central's Emily Spinner (13) is stormed by Ella Vogel (8), Abigail Boxdorfer (16) and Karley Thomas (15) after digging out a Jackson hit to keep the ball alive and score a point during a match last season at Cape Central.
Ben Matthews ~ Southeast Missourian

The Cape Central volleyball program had not enjoyed a winning season in over a decade entering last fall. However, the Tiger athletes are smiling now.