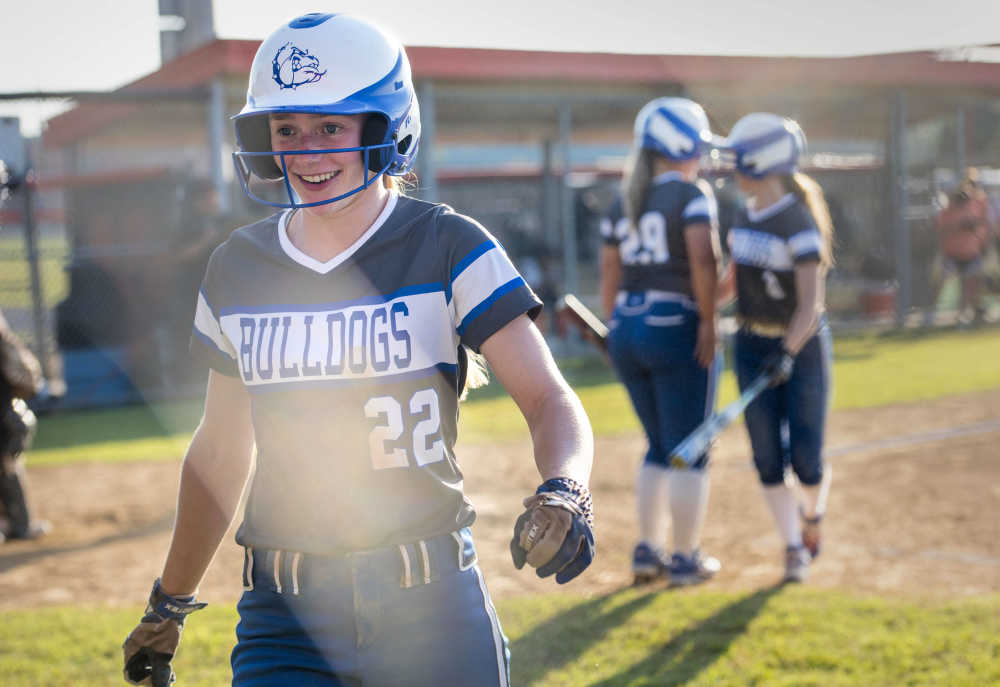 There was no shortage of magnificent accomplishments performed by the athletic teams at Notre Dame throughout this school year. And there was not a dearth of individual achievements by the Bulldog student-athletes either.

So selecting just one male and one female student-athlete as the 2019-20 “Bulldog” and “Lady Bulldog” Award winners had to have been an arduous task for the educators and administrators at the school.

The school announced the two winners Tuesday via video due to the coronavirus pandemic preventing a typical gathering for the awards ceremony.

“The Bulldog and Lady Bulldog is a representation of what we believe here at Notre Dame an athlete should be,” Notre Dame athletic director Jeff Graviett said on the video. “Not only in athletics, but also in academics, and is also a positive representative of our school in the community.”

“(Morris) not only holds numerous records in cross country and track,” Graviett said, “but was also a big part of the ‘Blue Crew’ when the basketball teams made a run to the (state finals).”

“Blake is incredibly deserving of this award,” Notre Dame cross country coach Richie Bohn said on the video. “I could talk a long time about his performances and accomplishments over the last four years.”

Morris will run at Missouri in the fall and was an All-State selection three times in his four seasons with the Bulldogs.

Morris was also a 2019 All-State selection in track and has broken the 5K school record “numerous times,” according to Bohn.

“He has shown himself ever since he was a freshman to be a great leader,” Bohn continued. “He inspired his teammates to get better. He has led by example through his hard work and dedication to the sport.”

Bohn said that Morris was “easy to coach” due to never having to worry about how hard he would push himself.

The coach continued by explaining not only Morris’ impact on his teammates but on Bohn himself.

“He has inspired me to be a better coach,” Bohn said.

Notre Dame track coach Ryan Long told a story about Morris, which gave him an indication early in the runner’s career that he was different than most.

“When you think of someone who deserves the Bulldog Award,” Long said, “character comes to mind. I’ll never forget when (Morris) was a freshman we were riding the bus back home from a meet in St. Louis and he asked if he could talk to (former Bulldog coach Bill Davis). I gave up my seat to (Morris) and when I came back I asked coach Davis what that was all about and he just smiled.

“(Morris) had just wanted to know what he needed to do to run faster because he wants to go after the two-mile record. That really impacted me to hear of a freshman wanting to do that.” 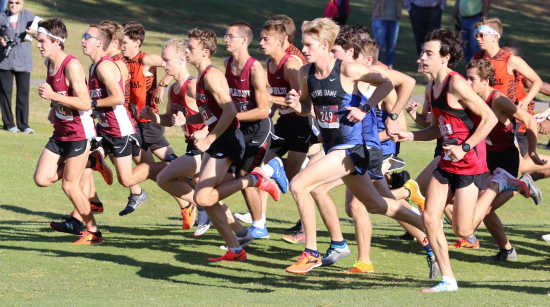 The Lady Bulldog Award was given to Riley Burger, who will go down in Notre Dame lore as one of the all-time greats.

“She excels at everything she does,” Graviett said.

He would know, because he got to witness her greatness on the softball diamond firsthand, as Notre Dame’s coach.

Burger earned the designation of the Southeast Missourian Softball Player of the Year after helping her team win 27 games and advance to the MSHSAA Class 3 Quarterfinals.

“She is the best athlete, male or female, that I have ever coached,” Graviett said.

And softball isn’t even her best sport.

That athleticism was evident both in softball and basketball, as well.

“Her speed can not be matched on the bases,” Graviett said. “That makes her almost a guarantee to score when she got on.”

In her four seasons, Burger was thrown out stealing a base exactly one time in 104 attempts.

“I got caught as a senior,” Burger told Semoball.com recently. “When I got back to the dugout, the other girls were surprised – wondering what just happened.”

She was a standout on the Notre Dame basketball team this winter, as it won 25 games and advanced to the MSHSAA Class 4 State Finals.