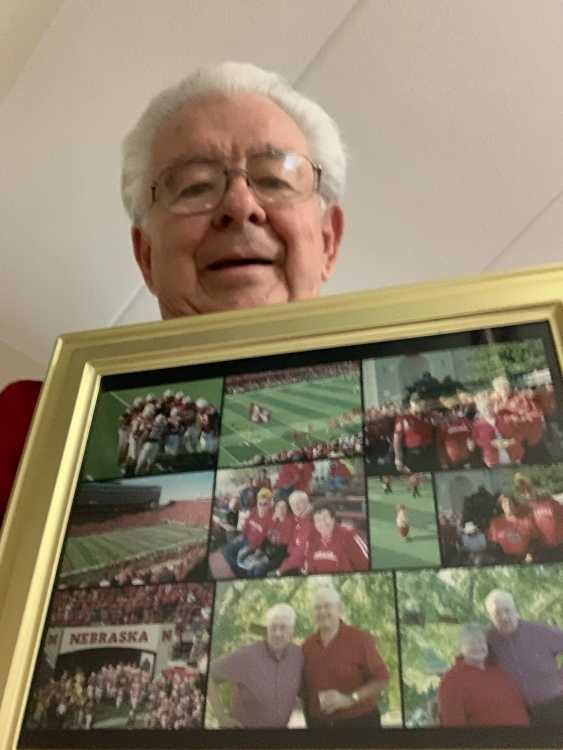 Today: Harry Rediger, 82, former two-term mayor of Cape Girardeau, longtime local J.C. Penney store manager and devoted fan of his home state Nebraska Cornhuskers. In 2014, Harry and his late wife, Fran, were named ōFriends of the Universityö by Southeast Missouri State for their many years of service, support and commitment to SEMO.

Harry Rediger grew up in Seward, Nebraska, 30 miles west of the state capital of Lincoln, home to the main campus of the stateÆs flagship university.

He follows all the ups-and-downs of his æHuskers but says after four decades of living in Southeast Missouri, his passion for SEMO has grown exponentially.

SoutheastÆs are red and black.

ōOur family has had season tickets for many decades, and we attended games in Lincoln through the 2017 season,ö said Rediger, ōbut we let (the tickets) go.ö

Deep roots in the Great Plains

Rediger took a few classes at Nebraska but earned his undergraduate degree in 1959 from Nebraska Wesleyan, a private Methodist school with 2,100 students today.

Rediger, who served as Cape mayor from 2010-2018, might have stayed in his hometown had life gone differently.

ōDad had a Mom-and-Pop hardware store in Seward and my original plan was to take over and run it,ö said Rediger, a resident today of Chateau Girardeau.

ōI decided (hardware) was not the path for me,ö he added, although Rediger spent his career in a different kind of store just the same.

ōI managed the Cape PenneyÆs for 20 years,ö said Rediger. ōThe company asked me three times to move elsewhere but Fran and I found a home here and we stayed.ö

Nebraska is where the heart is

Rediger and his late father started going to Cornhusker games in the mid-1950s.

ōSomeone approached Dad for his help in filling up Memorial Stadium,ö recalled Rediger, a venue which once seated just 33,000.

Capacity today at Memorial is 85,458 but football attendance regularly tops 90,000.

ōI was a clarinet player in the days when Memorial was open at both ends and every game was played in the afternoon,ö Rediger said.

ōIn those early days, the team went through coaches like popcorn,ö Rediger said. ōThe æHuskers were bad until Bob Devaney arrived from Wyoming in 1962,ö he added.

ōNebraska was dead last in the old Big-8 in 1961 and Devaney had just one scholarship player, Bob Brown, returning for the Æ62 season,ö remembered Rediger.

In DevaneyÆs debut year In Nebraska, the Cornhuskers tied for first in the league and an era of consistent winning was born.

ōI was working Saturdays at PenneyÆs in Lincoln in the æ60s,ö said Rediger, ōand an hour before kickoff at Memorial not a soul was left in the store.ö

The devotion to Nebraska football is self-evident as the team has sold out an NCAA-record 375 consecutive home games.

Hopes for a football rebound

Nebraska has fallen on hard times in recent years, as Nebraska has posted three straight losing records dating to the Æ17 campaign.

ōFiring (coach) Frank Solich (in 2003) was a bad decision,ö said the ex-Cape mayor, ōbut we hope Scott Frost will turn things around.

ōFootball pays the bills, has the most fans, and itÆs where my interest mainly is,ö Rediger said.

The native Nebraskan claims the Big Red has quite a following in Cape Girardeau.

ōWe used to have two dozen or more show up at the old Drury Inn to watch the games,ö Rediger remembered.

These days, from his fourth-floor perch at Chateau, Rediger no longer travels to Lincoln during football season.

ōThe recliner is a better spot from which to watch the team now,ö Rediger quipped.