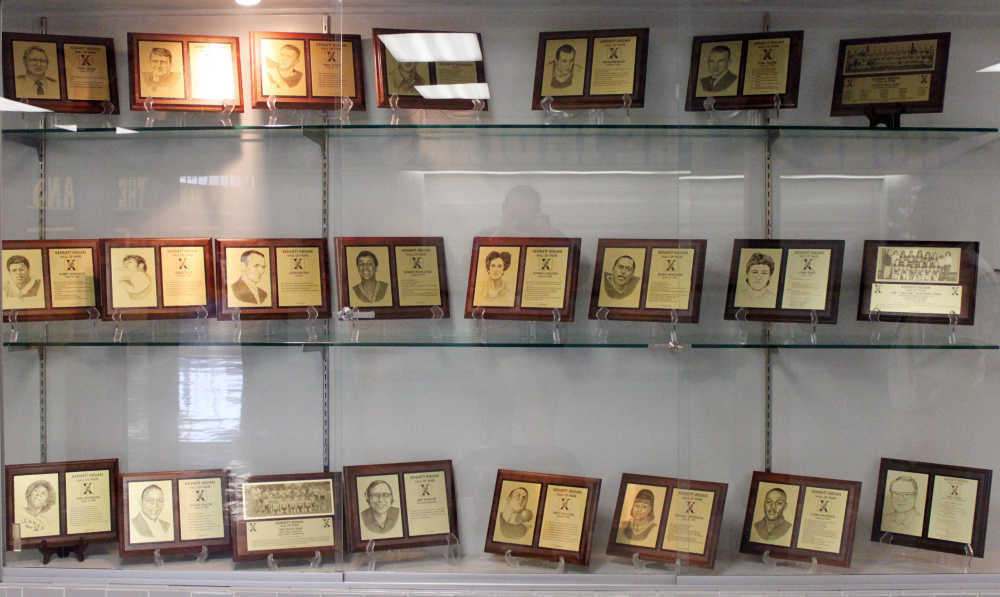 The stage is set for the 2020 Kennett Sports Hall of Fame Induction Ceremony.

The latest selections to the Kennett Sports Hall of Fame will be recognized at halftime of Kennett’s varsity football home opener against Doniphan on Sept. 4.

"We will have a reception before the game at 6 p.m. for the Hall of Fame inductees,” Kennett athletic director Jim Vaughan said. “We will set up a finger food and drink area and take an opportunity to congratulate each Hall of Fame member and recognize them with their friends and family. Then we will announce each inductee at halftime and our public address announcer will read a script about each inductee. It’s going to be a really nice recognition ceremony.”

It is the fourth straight year Kennett has added inductees to its Sports Hall of Game. Nine individuals and three team have been inducted since the ceremony was relaunched in 2017.

“There was a 13-year hiatus before we got it going again in 2017,” Vaughan said. “It was a tradition started by our booster club that for whatever reason got put in layaway for a few years. We wanted to make sure we kept the tradition going. We’ve resurrected it and honored new inductees. We’ve got accomplishments throughout our athletic programs that deserve to be recognized and the Hall of Fame is a great way of recognizing the accomplishments.”

The deadline to make a nomination for 2020 is July 10. A nomination form must be completed in order for a nominee to be considered.

“The nomination form can be hand-delivered, e-mailed, or faxed to the school,” Vaughan said. “The nomination forms need to get to me because I have to put together a package for each committee member. We will discuss each nominee at the selection meeting and make sure each committee member is knowledgeable about each nominee so we can vote accurately.”

The qualifications to be nominated are as followed:

- A 10-year grace period upon graduation for an individual

- Outstanding achievement in respective sport (team or individual) during one’s high school career and/or at the next level.

- Accomplished coach, past or present

- Individuals who have given meritorious and dedicated service to the athletic program at Kennett High School.

The following nominations will receive automatic entry into the Hall of Fame:

Nominations not eligible for automatic entry will be reviewed by a nine-member committee that consists of the booster club president, a current or former head coach, a current member of the Kennett Hall of Fame, two at-large community representatives who are Kennett alumni that participated in at least one sport at Kennett High School all four years of high school, two current Kennett school employees, the Kennett high school principal, and the Kennett athletic director.

The committee will have six new members this year because six of the 10 members have completed their three-year term.

“It will be the same procedure and the same process with different faces,” Vaughan said. "We will just have to indoctrinate them with the process we use to select members ”

Vaughan said the committee also has an executive director and committee advisor that will not vote.

The executive director, Katie Porterfield, will conduct Hall of Fame meeting in July and collect absentee ballots from committee members who are unable to attend.

The committee advisor, who had not been selected at press deadline, will share knowledge and facts about the nominees at the meeting.

A nomination must receive a 2/3 vote to be inducted.

A nomination form is available at this link: Hall of Fame Nomination Form

Anyone with additional questions can contact Jim Vaughan at jvaughan@kennett.k12.mo.us or by cell phone at (573) 776-8909.